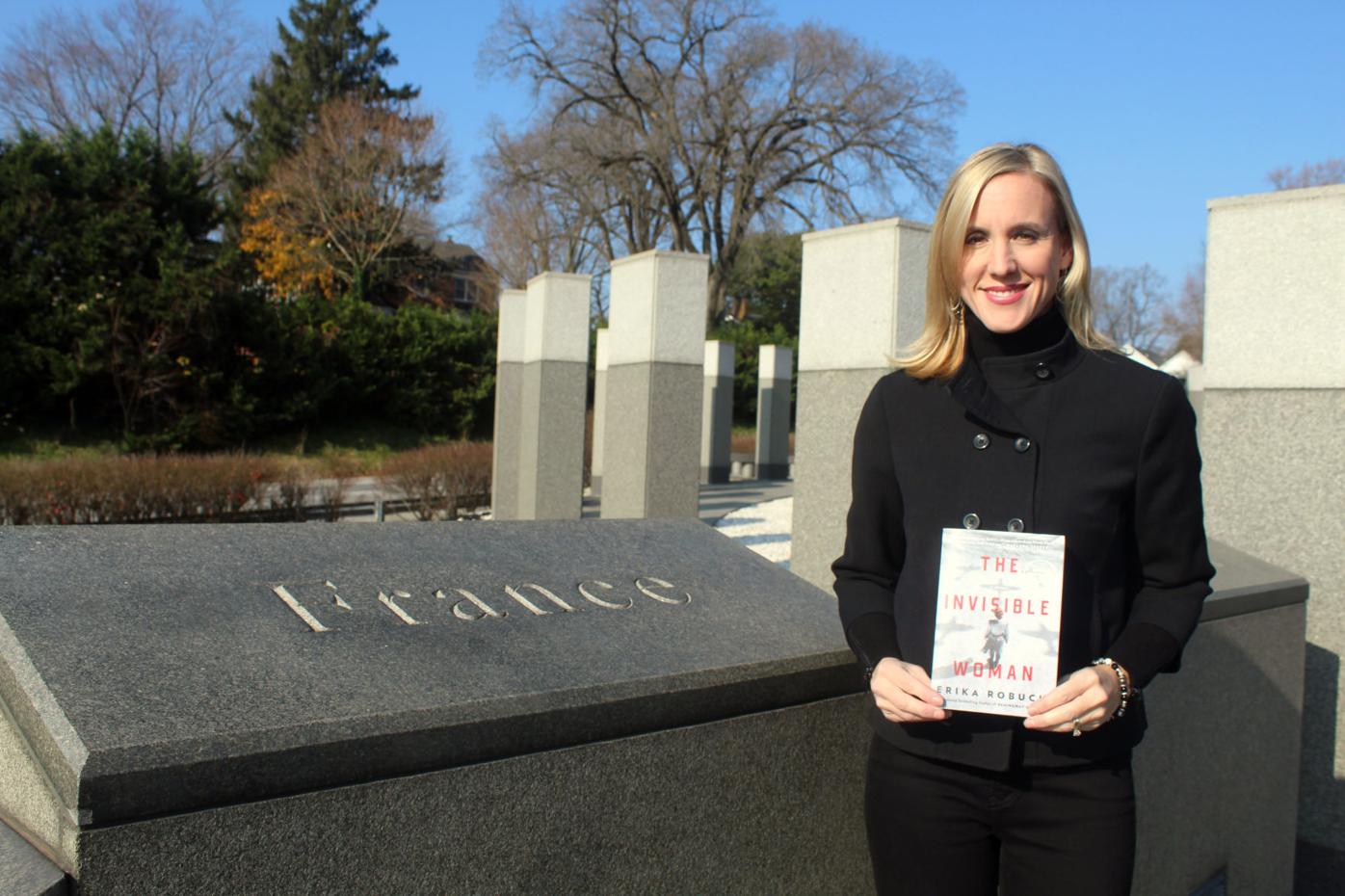 Erika Robuck poses at the Maryland World War II Memorial in Annapolis with her new book, The Invisible Woman. 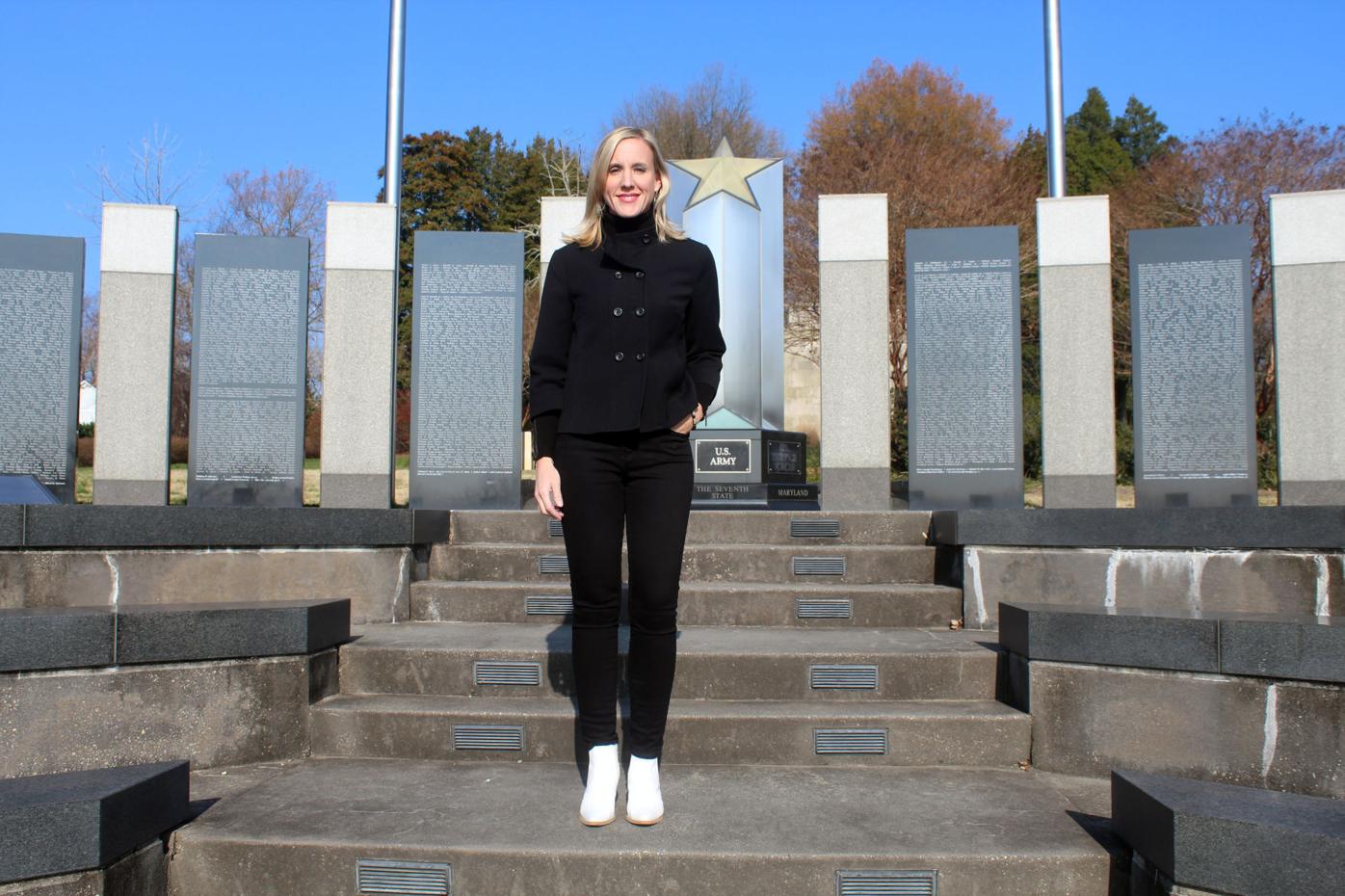 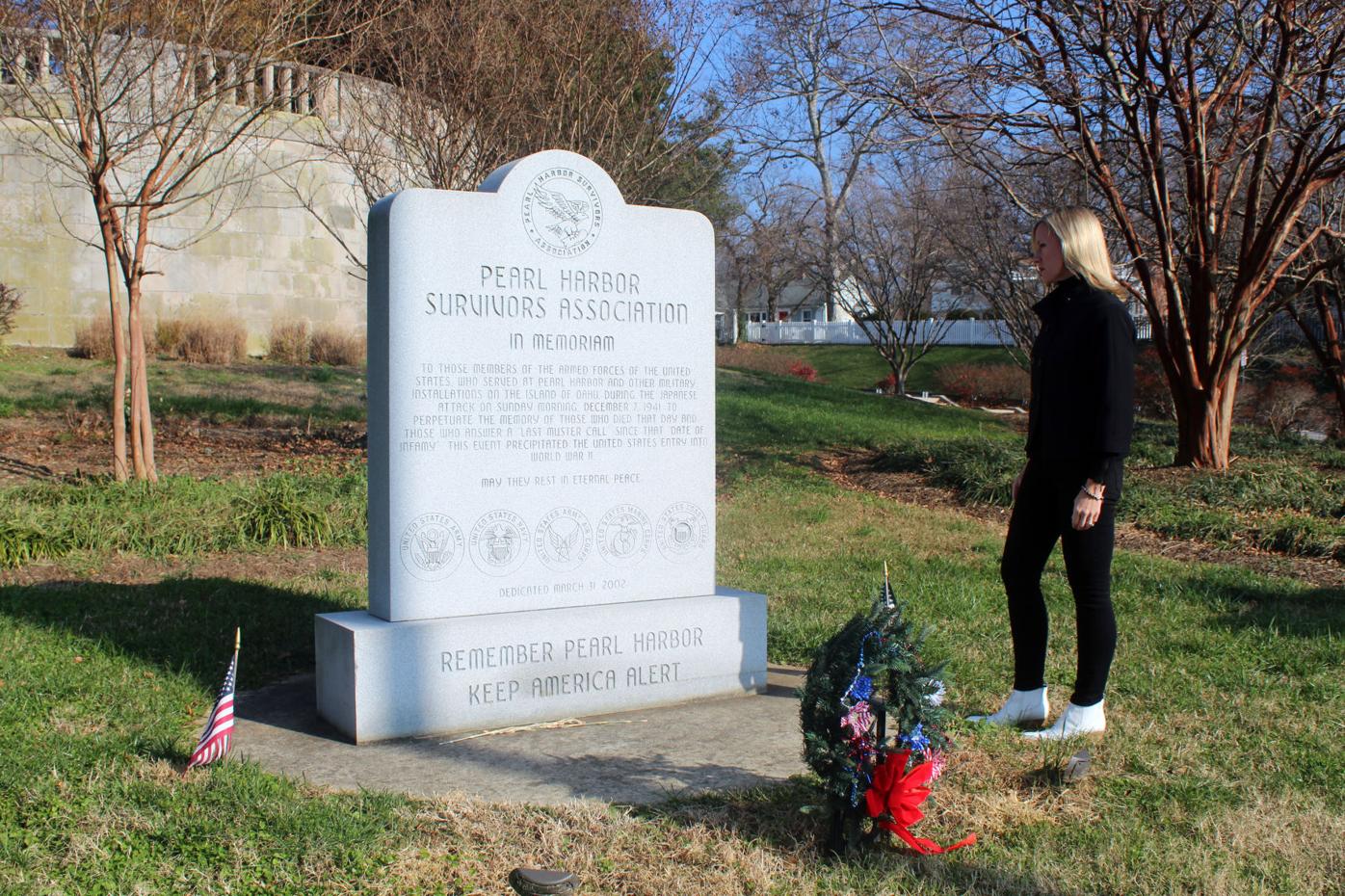 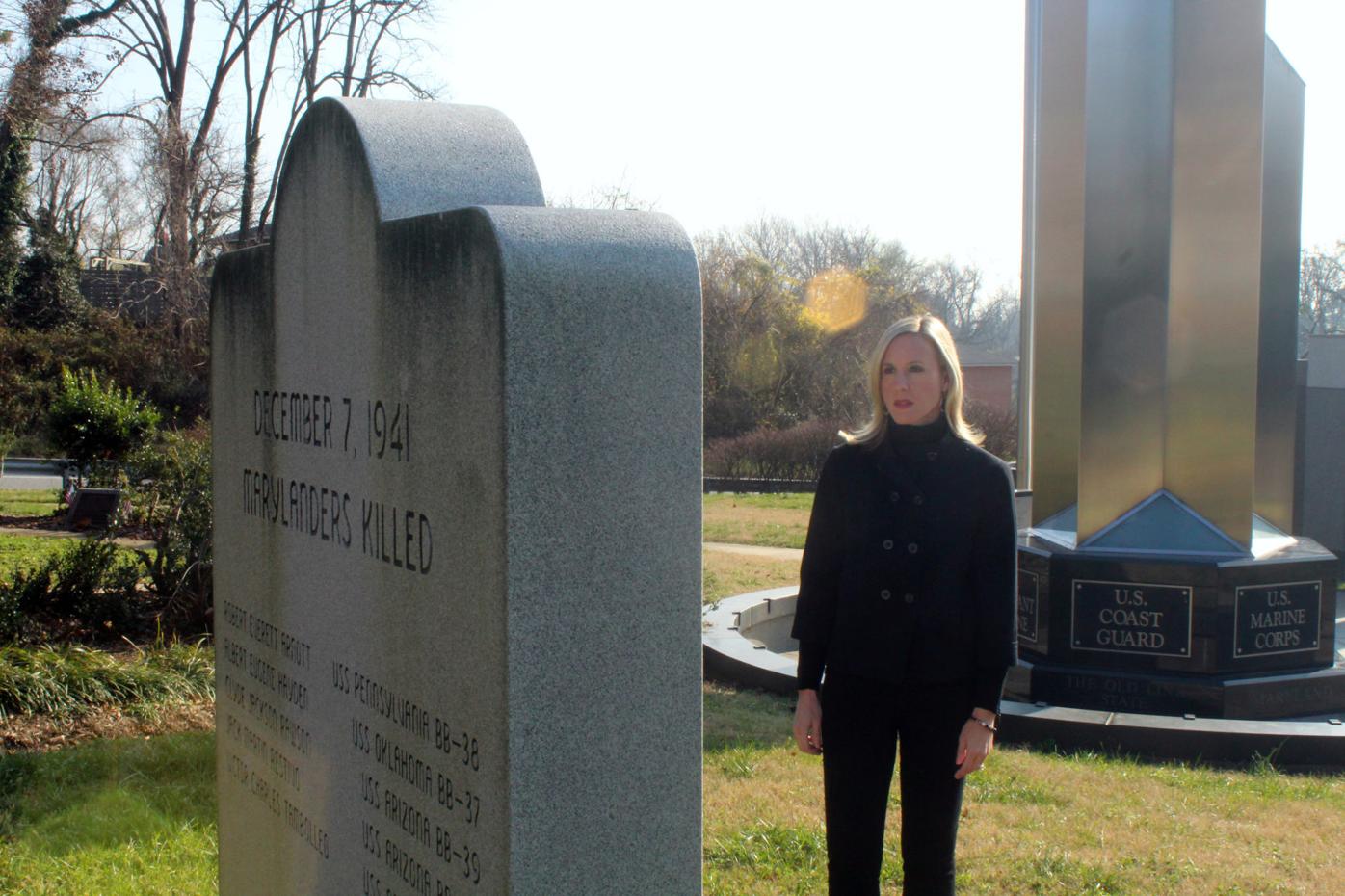 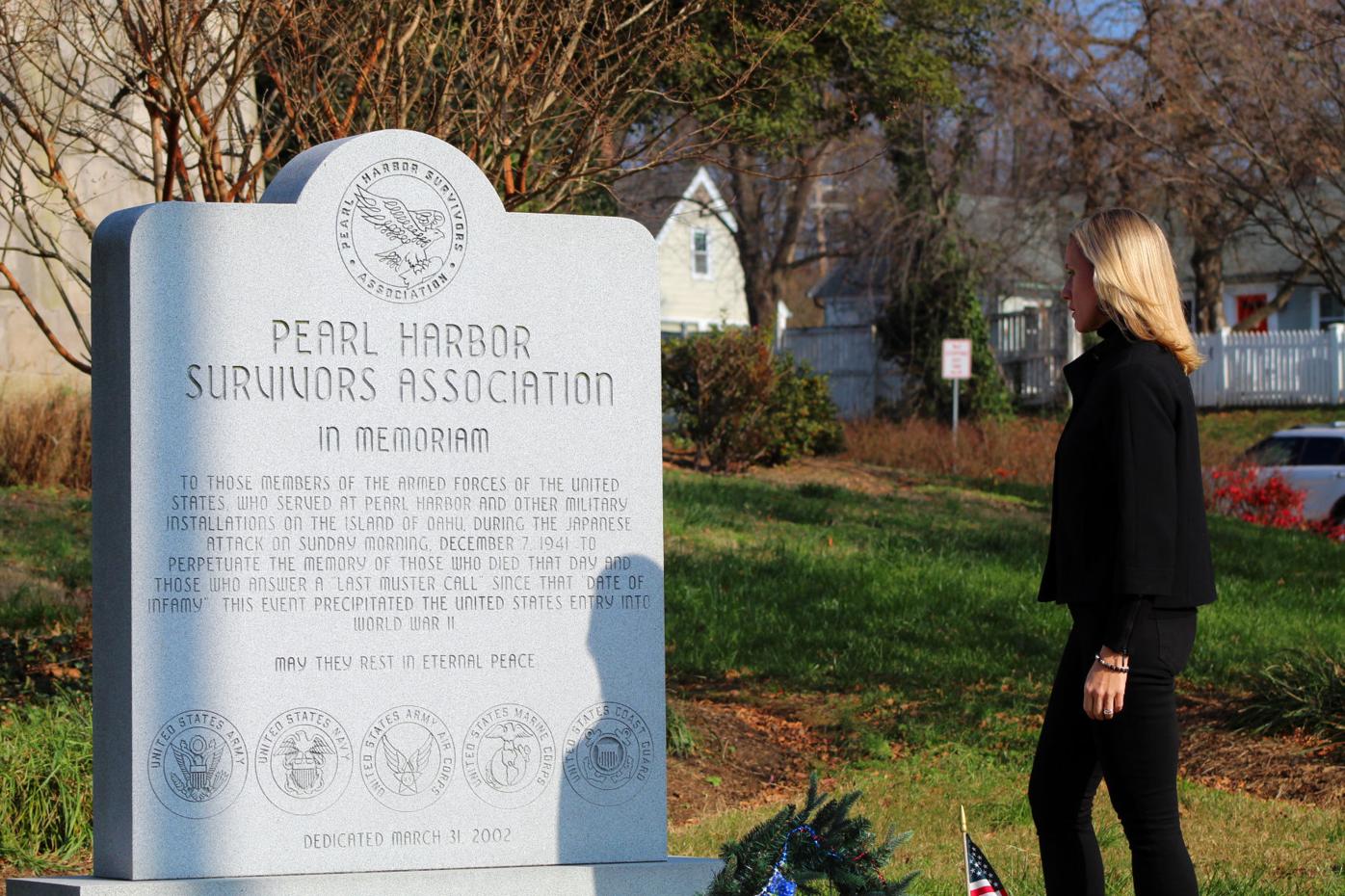 Erika Robuck poses at the Maryland World War II Memorial in Annapolis with her new book, The Invisible Woman.

Special to At Ease

In the years leading up to World War II, an ambitious embassy secretary named Virginia Hall fitfully attempts to work her way into the world of the American Foreign Service. She keeps getting turned down, not only because she is a woman, but also because she has a prosthetic wooden leg.

Eventually, Virginia’s determination puts her on the radar of British intelligence – and, at age 35, she gets recruited into the world of international espionage. She’s so successful as a secret agent for the Allies that Nazis start hanging “Wanted” posters with her face around occupied France.

It’s no Hollywood pitch. This is the incredible true story of an unheralded pioneer of American spycraft. Author Erika Robuck, whose thrilling “The Invisible Woman” (Berkley, Penguin Random House), brings to life Virginia Hall’s real-life adventures in counterintelligence. The book is set for a February 2021 release.

“She’s a real-life superwoman from World War II whose work with the resistance helped to subvert the Nazis, liberate villages, and protect a very special group of people,” said Robuck, 43, who is from Annapolis, Maryland. “She’s also a woman who overcame great adversity with her prosthetic leg. It would be hard for her to have done just about anything after the accident that took her foot. But she went on to literally climb mountains and help win a war.”

A former teacher turned novelist, Robuck’s last few projects were critically hailed biographies about the wives of famed American authors like Ernest Hemingway and F. Scott Fitzgerald. She had begun research on another “wife of a famous male writer” book when her editor put this question to her: Can you find a woman who was a force of nature in her own right, and not just the spouse of someone famous?

That’s when Robuck found out about Virginia Hall.

“When I started reading about her, I couldn’t believe she wasn’t a well-known figure in history,” she said. “She’s phenomenal. If I had made [her story] up, an editor would have said it was unbelievable. I really felt like she was a gift from the universe to me. Because, over and over again, I would just have to stop and say, ‘This was real, this really happened.’”

After the war, Virginia Hall spent her career with the CIA. For this project, the agency granted Robuck access to some of Hall’s CIA records. She delighted in learning more about the devious tricks, propaganda, and spycraft that helped the Allies win the war. For example, spies used to hide correspondences inside rat carcasses, because who’s going to pick up a dead rat?

CIA officials even allowed Robuck to see and handle some of the very gadgets and tools Virginia Hall herself had used as a spy, including her passport and a version of the wireless transmitter she used to contact London.

“Doing the research on how much she hid, I understood. She didn’t want to be well known. She saw too many friends get hurt. She was a very elusive subject,” Robuck said.

Robuck also had a chance to learn more by speaking with Virginia’s niece, Lorna Catling, who is now in her eighties. Catling shared boxes of photographs, letters, postcards, and other family artifacts Robuck would never have found in her other research at the CIA or the National Archives.

At first, “Virginia was a cold, distant, black-and-white pencil sketch,” she said. “When I met with Lorna, I felt like she helped color her in for me. Virginia was a difficult woman for many reasons. As a novelist, I need a sympathetic protagonist, and it was hard to get to chip away through the ice to find that. Lorna really helped me do that.”

Robuck masterfully wraps a tight, suspenseful narrative of historical fiction and dialogue around the framework of Virginia Hall’s true wartime tales, where the stakes could not have been any higher. With every chapter, the reader gets to experience Virginia’s emotions, her post-traumatic stress, and her survivor’s guilt.

In telling this story, Robuck also spotlights the ordinary villagers, their identities lost to history, whom Virginia herself scouted to help with resistance missions. Commoners like farmers and housewives risked their lives to assist Virginia tackle death-defying tasks like coordinating supply drops and blowing up bridges.

Storytellers keep coming back to World War II, Robuck said, because we keep learning what a massive undertaking it was: from the ordinary person to the most decorated soldier, defeating the Nazis proved a monumental effort in human cooperation and international unity.

Compared to our relatively cushy modern lifestyles, the re-telling of Virginia’s incredible efforts to win the war yields a sharp dose of perspective for when things get even a little uncomfortable, Robuck noted.

“It makes me grateful for everything I have,” she said. “Every time I want to whine about something small, I think about Virginia crossing the Pyrenees in November with the Gestapo on her tail, and it’s not a big deal. It shows us when people work together how strong we can really be. These are the stories we need.”