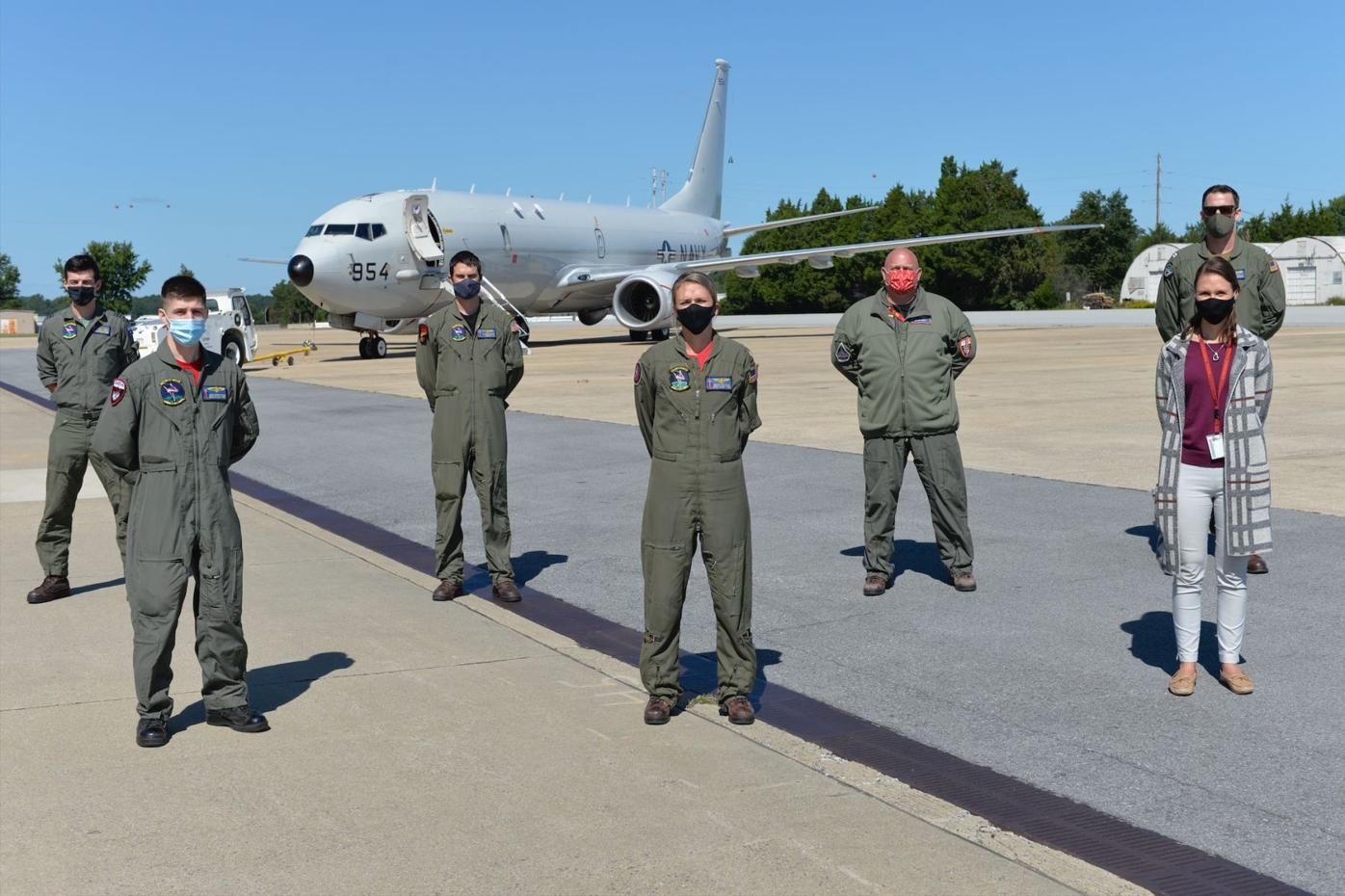 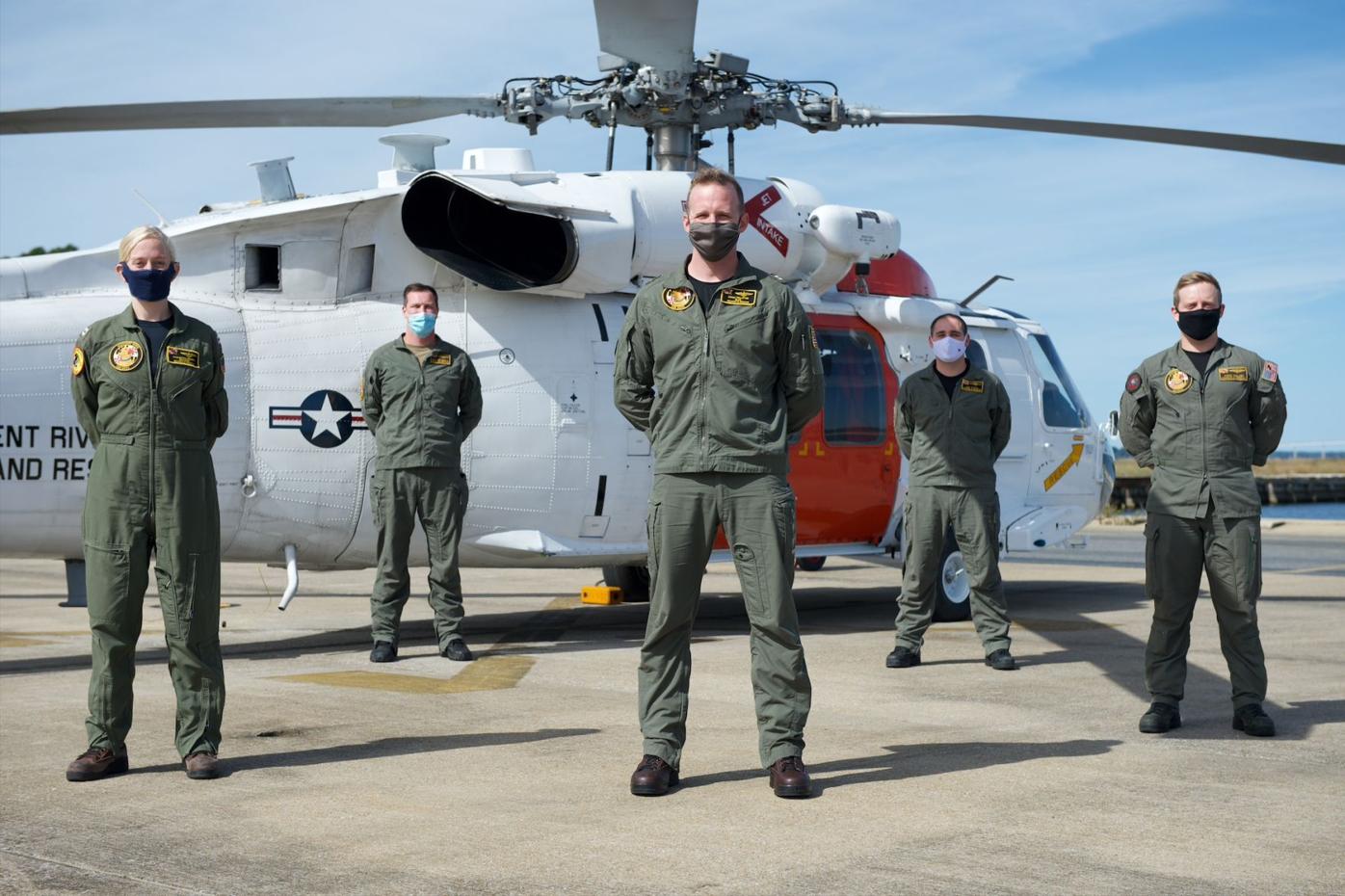 Two aircraft crews from NAS Patuxent River played pivotal roles in the rescue of an E-2C Hawkeye crew who had to bail out along the Atlantic Coast recently.

A P-8A Poseidon assigned to Air Test and Evaluation Squadron (VX) 20 served as the on-scene commander of the rescue effort, which also involved crews from three local volunteer fire departments and personnel from NASA’s Wallops Flight Facility. An MH-60S Seahawk of NAS Patuxent River’s Station Search and Rescue (SAR) division helped locate all four downed aviators and, after ensuring they were uninjured and in good health, flew them back to their base.

“It was one of those things that you’re never really expecting, especially on a quiet day like that, when we were the only aircraft in the area,” said Aviation Warfare Systems Operator 2nd Class Andrew Harlan, who was operating the P-8A’s radar on the flight. “It felt great to be a part of making sure that all four of those guys were able to get home safely again.”

“It was truly a team effort,” said Lt. Samantha Grimes, the pilot of the SAR helicopter. “This involved teamwork not only between the emergency medical services units, air traffic control, and us and the P-8A, but within our own aircraft as well. All five crew members really played a huge part in getting these guys safely where they needed to go.”

Harlan and the rest of his P-8A crew — pilot Lt. Cmdr. Megan Stateler, co-pilots Lt. Chris Sheehan and Lt. Cmdr. Nathan Durham, lead tactical coordinator Bryan Smith, and co-tactical coordinators Royal Australian Air Force Squadron Leader Joseph Mack and Lt. Kevin Wunderly of Air Test and Evaluation Squadron (VX) 1 — were cruising at 6,000 feet over Maryland’s Eastern Shore, an hour into a captive carry test of an anti-ship missile, when they received a radio communication from NAS Patuxent River advising them that radar contact with an aircraft believed to be an E-2C had been lost southeast of their position and that the the aircraft was possibly down.

As the only aircraft in the area, the P-8A — call sign “Score 42” — was requested to assist in locating and confirming the mishap aircraft. Within minutes, they arrived on the scene, and the crew began performing a visual search as the aircraft descended to a lower altitude.

NASA’s Wallops Flight Facility, near the mishap site, told the P-8A that they had heard the E-2C crew announce they were bailing out, and provided them with a vector. Meanwhile, the P-8A crew enlisted the help of the flight test engineering team back at NAS Patuxent River to help identify where the stricken aircraft was from and how many people were aboard.

Katie Giewont, one of the Harpoon flight test engineers at the base, worked with the VX-20 operations department to identify the E-2C’s squadron and helped her get in touch with Carrier Airborne Early Warning Squadron (VAW) 120, the aircraft’s unit based at NAS Norfolk.

“I had the squadron pretty much on speed dial,” Giewont said. “I relayed information back and forth between the squadron and the P-8A as we tried to confirm how many people were in the aircraft. There was some confusion at first, but we worked through it.”

“As we started to launch, we didn’t have any idea how many people were on board or what the nature of the emergency was,” Grimes said. “We just knew that we were going to look for an E-2C that had been lost.”

Near the site of the crash in Bloxom, Virginia, local Emergency Medical Services (EMS) crews quickly found three of the four crew members from the E-2C — fortunately, all of them uninjured. But where was the fourth E-2C crew member?

As the crew of Score 42 continued searching for the fourth aviator, Bryan Smith, the aircraft’s tactical coordinator, soon picked up a communication from him. It turned out that he had landed in a forested area just over two miles from the crash site. Smith then passed that critical information along to Grimes, who turned to follow the vector.

“He was super coherent and was able to give us landmarks near the river he was alongside,” Grimes said. “We started creeping slowly along the river, and sure enough, maybe 10 seconds later we saw him waving his helmet.”

With the assistance of one of the rescue swimmers, a rescue hook brought the aviator into the helicopter. Grimes then went back to pick up the other rescued E-2C crew, all of whom were uninjured, which by then had been transported to Wallops Flight Facility. Then, with all four of the rescued E-2C crew safely aboard, they refueled and took off for Naval Medical Center Portsmouth.

“Luckily, they were all fine,” Grimes said. “It was amazing that all these guys were able to walk away completely uninjured. The lack of injuries made it a lot easier than it could have been. And it could have been a lot more complicated over water. Everything just worked out in their favor.”

Both crews credit their success to teamwork, both within their own crews and with each other.

“In the patrol and reconnaissance community, we train for search and rescue, but on our missions, we’re usually out in the middle of the ocean, flying much higher up,” Sheehan said. “There were a lot of variables in this mission that were new to us — being over land, flying low, looking for people who were scattered over a wide area. But our training and the basic idea of what we were doing was all there for us to draw on.”

“What was really unique about this mission is that we had so much help from the ground with the fire and EMS folks who were responding, and being able to work with the SAR crew, who were great,” Sheehan added.

Grimes agreed. “It was really helpful to have them out there,” she said of the crew of Score 42. “They were able to communicate with the E-2C crew and relay information to us. They handled the altitude deconfliction so that we wouldn’t have to worry about running into each other. They were good to work with.”