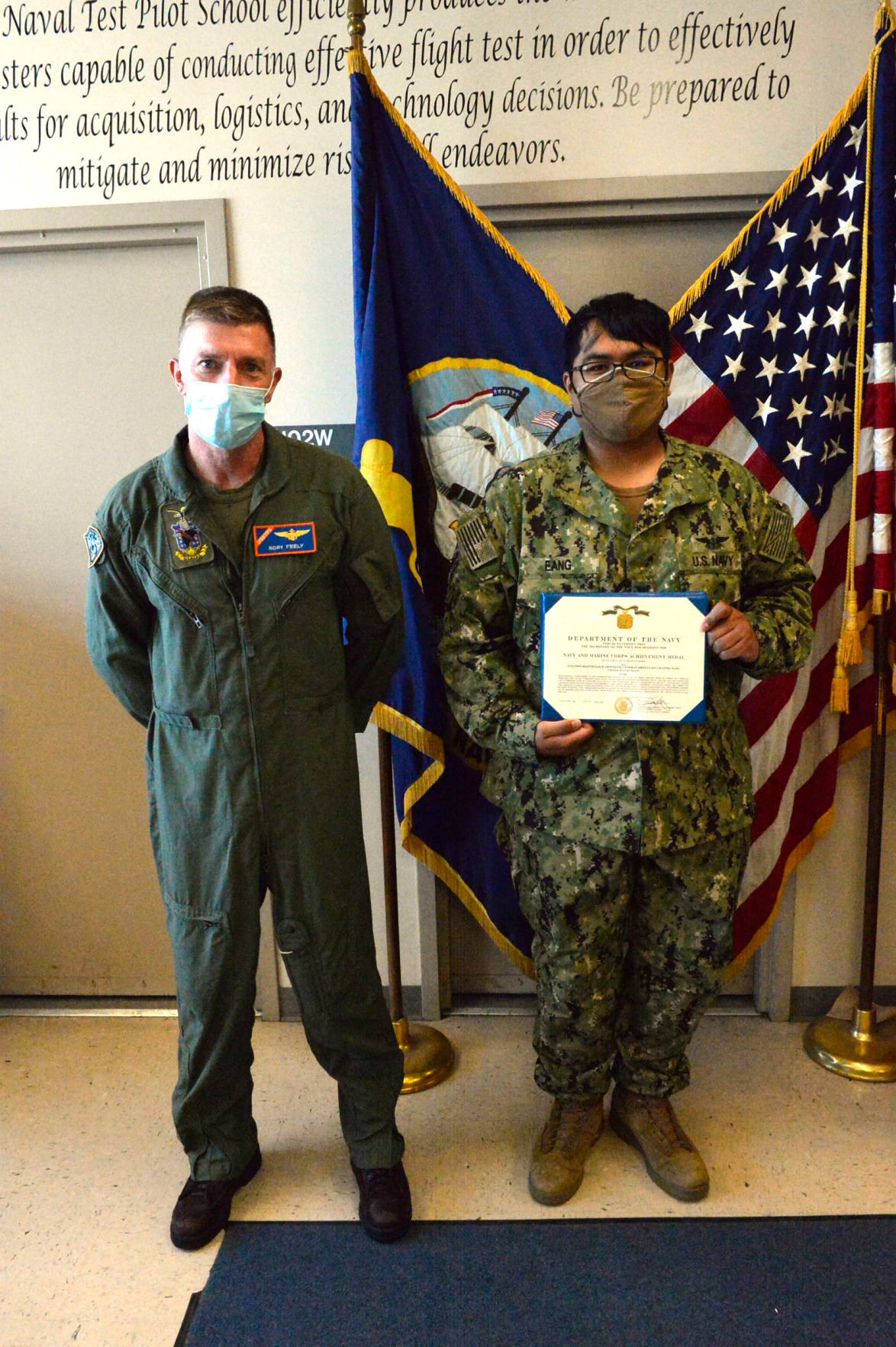 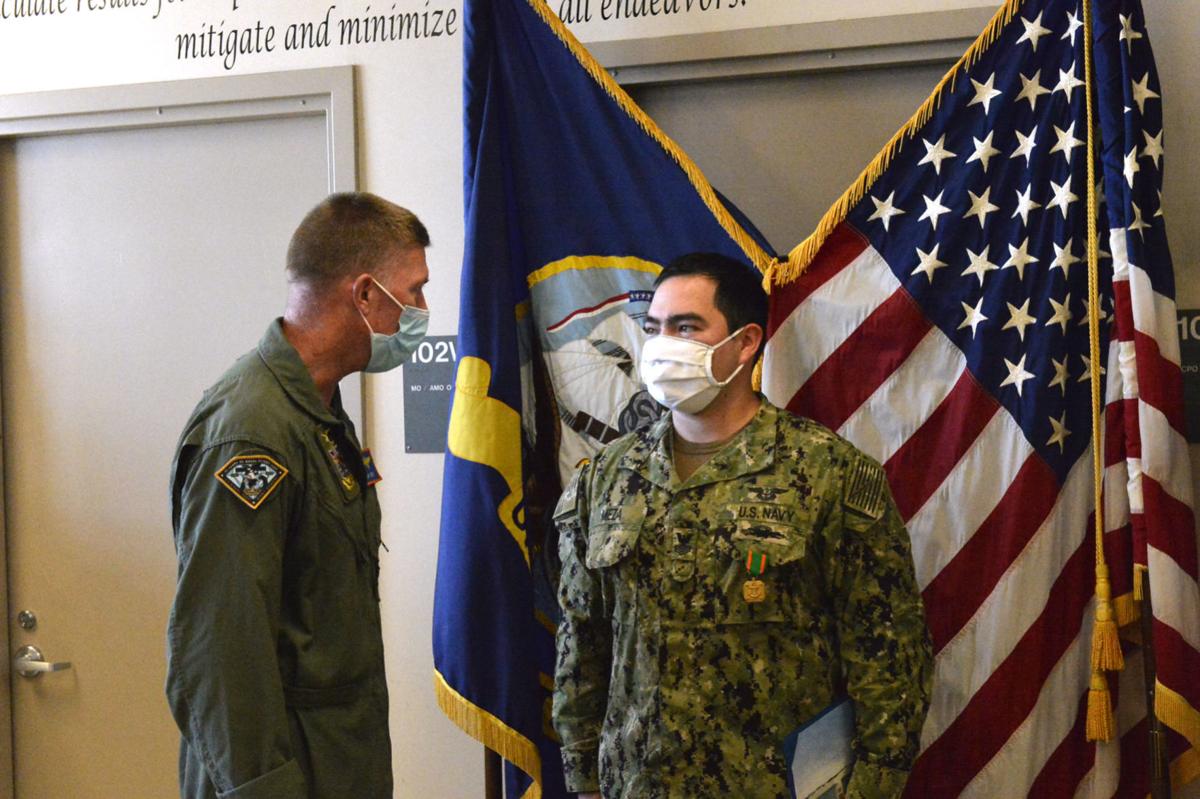 Two members of the U.S. Naval Test Pilot School (USNTPS)’s maintenance staff received commendations for superior performance of their duties during an informal ceremony at the school’s hangar June 18.

Feely awarded Aviation Maintenance Administrationman 1st Class Chantra Eang, the silver star in lieu of a sixth award to his Navy and Marine Corps Commendation Medal for his leadership of a combined team of 19 Sailors and contractors overseeing the monthly screening of aircraft discrepancy books, and monitoring the maintenance requirement cards for 49 aircraft of 14 different types, models, and series from December 2019 through February 2020.

The staff, instructors, and students of USNTPS congratulate ASM1 Meza and AZ1 Eang on their awards.