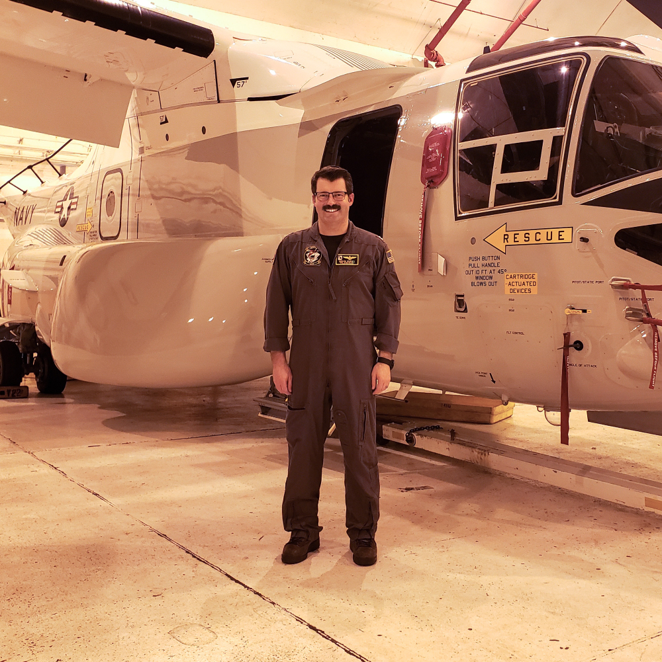 Lt. Gavin Kurey, HX-21’s CMV-22B Project Officer, received a 2020 NAWCAD Commander’s Award for his accomplishments in support of the CMV-22B program as well as for his role as the squadron’s V-22 Operations Officer. 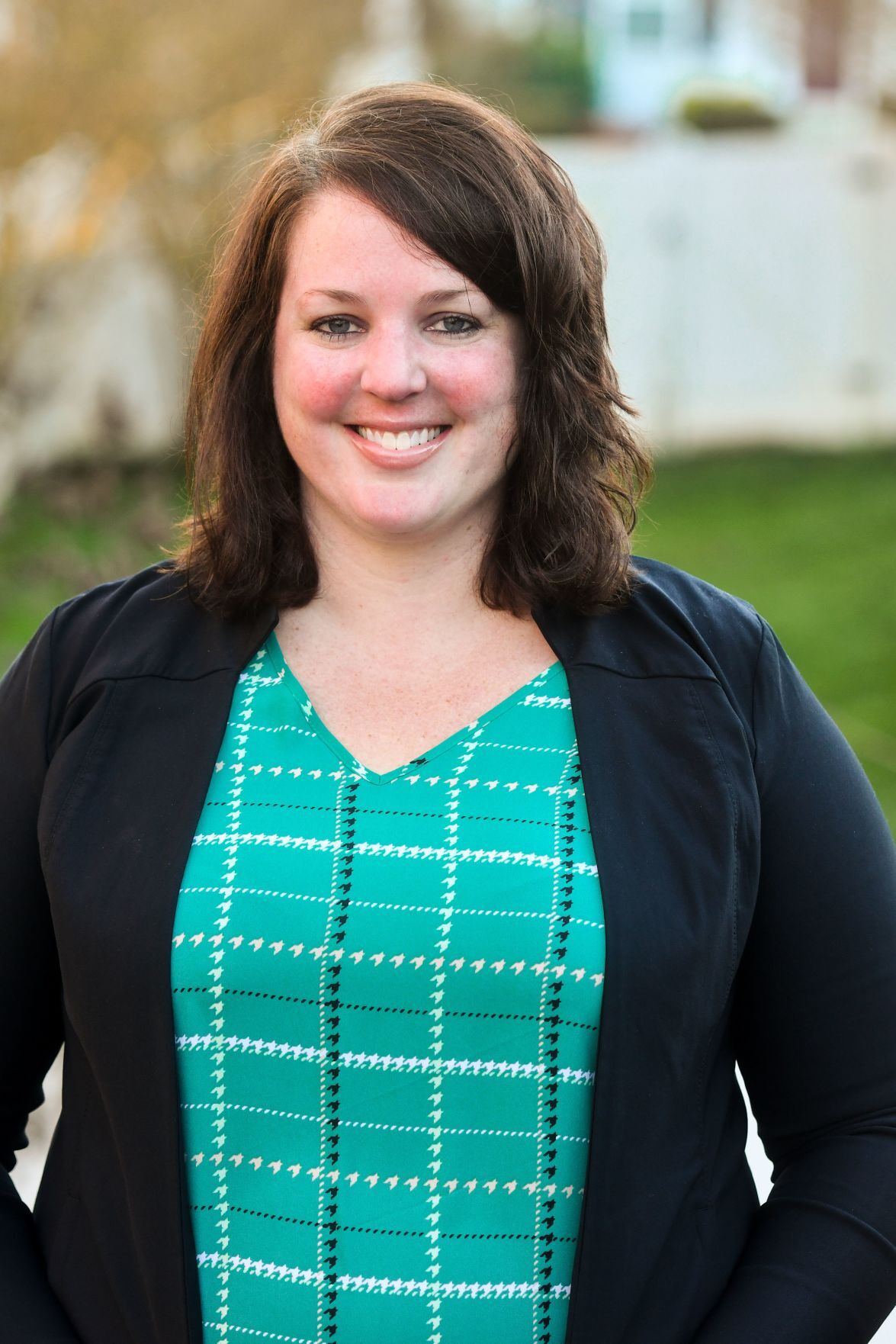 Kristen Finnegan, CH-53K Ship Suitability Lead Engineer at HX-21, was one of the recipients of the 2020 NAWCAD Commander’s Award for her role overseeing the Dynamic Interface testing of the CH-53K Sea Stallion aboard the USS Wasp (LHD 1) in early June.

Lt. Gavin Kurey, HX-21’s CMV-22B Project Officer, received a 2020 NAWCAD Commander’s Award for his accomplishments in support of the CMV-22B program as well as for his role as the squadron’s V-22 Operations Officer.

Kristen Finnegan, CH-53K Ship Suitability Lead Engineer at HX-21, was one of the recipients of the 2020 NAWCAD Commander’s Award for her role overseeing the Dynamic Interface testing of the CH-53K Sea Stallion aboard the USS Wasp (LHD 1) in early June.

Finnegan’s award acknowledges her role overseeing the Dynamic Interface (DI) testing of the CH-53K Sea Stallion aboard the USS Wasp (LHD 1) in early June. DI testing involves establishing the wind speed and directional envelopes within which a rotary wing aircraft can safely land on and take off from a particular class of ship.

Finnegan “overcame all technical, organizational, and logistical barriers to prepare for and execute the first-ever CH-53K shipboard test detachment — all during a pandemic,” Finnegan’s citation read. “Kristen not only made it possible, she executed it flawlessly. Her efforts resulted in one of the largest flight envelopes after a program’s initial sea trials test.”

“Kristen’s leadership, work ethic, and technical competence allowed her to pave the way for efficient and successful execution of this crucial and complicated test effort,” according to the citation.

“I feel so honored that my peers and my leadership took the time to write this nomination,” Finnegan said. “HX-21 is full of hardworking people who are outstanding at their job; To be singled out among that kind of group is just a huge honor for me. I was absolutely blown away.”

Finnegan sees the award as acknowledging the contributions of the entire CH-53K team that participated in the Wasp detachment, which numbered nearly 100 people.

“I was not the sole contributor to this effort by far,” Finnegan said. “Most of the people on the team had not done a shipboard detachment before. Everyone on the team was essential for ensuring the success of the testing, and even though COVID was everywhere in the news, every single person was ready and willing to go on the boat and follow the rules to make sure we stayed safe aboard ship and executed successfully. It was impressive, and I am very grateful to each of them because we definitely needed the whole team.”

Flight test engineering provides Finnegan with many opportunities for hands-on experience that help her do her job better. “I enjoy getting out of my cubicle and on to a ship because that’s where I gain experience with how these systems and aircraft are used in actual military mission settings,” she said. “Every time I conduct a test, I learn something new.”

“Kristen continuously sets the bar for technical competence and professionalism; she is an outstanding asset to any team she is on,” said Joshua Marvin, head of the Rotary Wing Aeromechanics Branch in the Air Vehicle Test and Evaluation Division. “Thanks to her dedication, the CH-53K fleet will have an awesome shipboard capability for decades to follow.”

“I am excited to see what she sinks her teeth into next,” Marvin added.

Kurey received his award for his accomplishments as the project officer for a series of test projects involving the CMV-22B Osprey, the Navy’s Carrier Onboard Delivery (COD) version of the tilt-rotor aircraft — one of which involved Kurey executing the first-ever landing of a CMV-22B aboard a naval vessel.

As HX-21’s V-22 Operations Officer, Kurey “ensured the scheduling and execution of every event in a year in which both the platform coordinator and daily schedule writer were out of the office for extended medical absences,” his citation read. “He successfully managed this feat during a year in which COVID-19 required numerous and lengthy out-of-office periods for multiple aircrew members, handling the currency and readiness of 19 aircrew and avoiding flight cancellations due to aircrew availability all while executing 296.7 V-22 flight hours.”

Kurey, too, sees his award as a recognition of the efforts of the whole V-22 team. “I’m humbled and flattered to receive this award, but I think that all the good work listed in the citation is certainly not squarely on me,” he said. “I have an incredible network of people helping me out every day, from the schedulers and the engineers to my boss. Everyone on the team comes to work every day with a positive attitude and we accomplish the goals together. The major credit goes to them.”

“Even before COVID hit, I knew I was destined for a hard-working year,” said Kurey, who even carved out time to complete his Master’s degree in Flight Test Engineering just a week before the award ceremony. “The V-22 test team historically averages just under 32 flight hours per month, and in July we flew over 96 flight hours in support of critical shipboard tests. That huge increase was made possible by our team firing on all cylinders across the board.”

Kurey said that part of being a successful leader in a dynamic environment like a test squadron is having a good team around you to rely on. “If you want to do well at this job, or at least keep the wheels on the wagon, you don’t have to know all the answers all the time; you have to know who knows the answers,” Kurey said. “The V-22 team is able to flex quickly because we all — engineers, pilots, aircrewmen, maintainers — know each other really well and we all share the heavy lifting.”

“Lt. Kurey is everything you want in a test pilot: excellent stick and rudder skills, extensive mission experience, in depth platform and system knowledge, superior analytical and communication abilities, and calm under the most challenging circumstances,” said Maj. Aaron Okun, HX-21’s MV-22 Flight Test Department head. “Having him on the team, particularly this year, has been fantastic and the V-22 platform is better for it.”