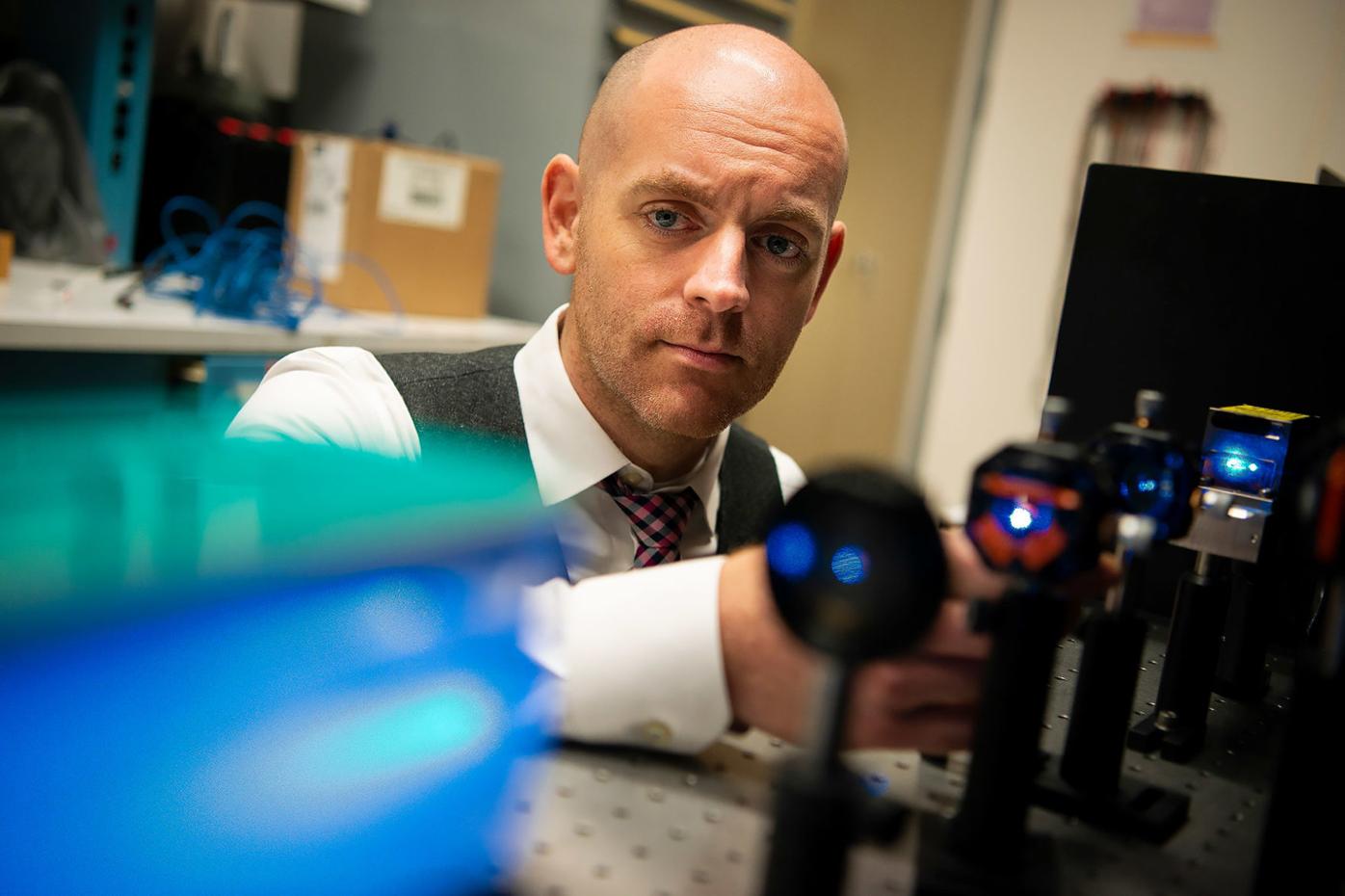 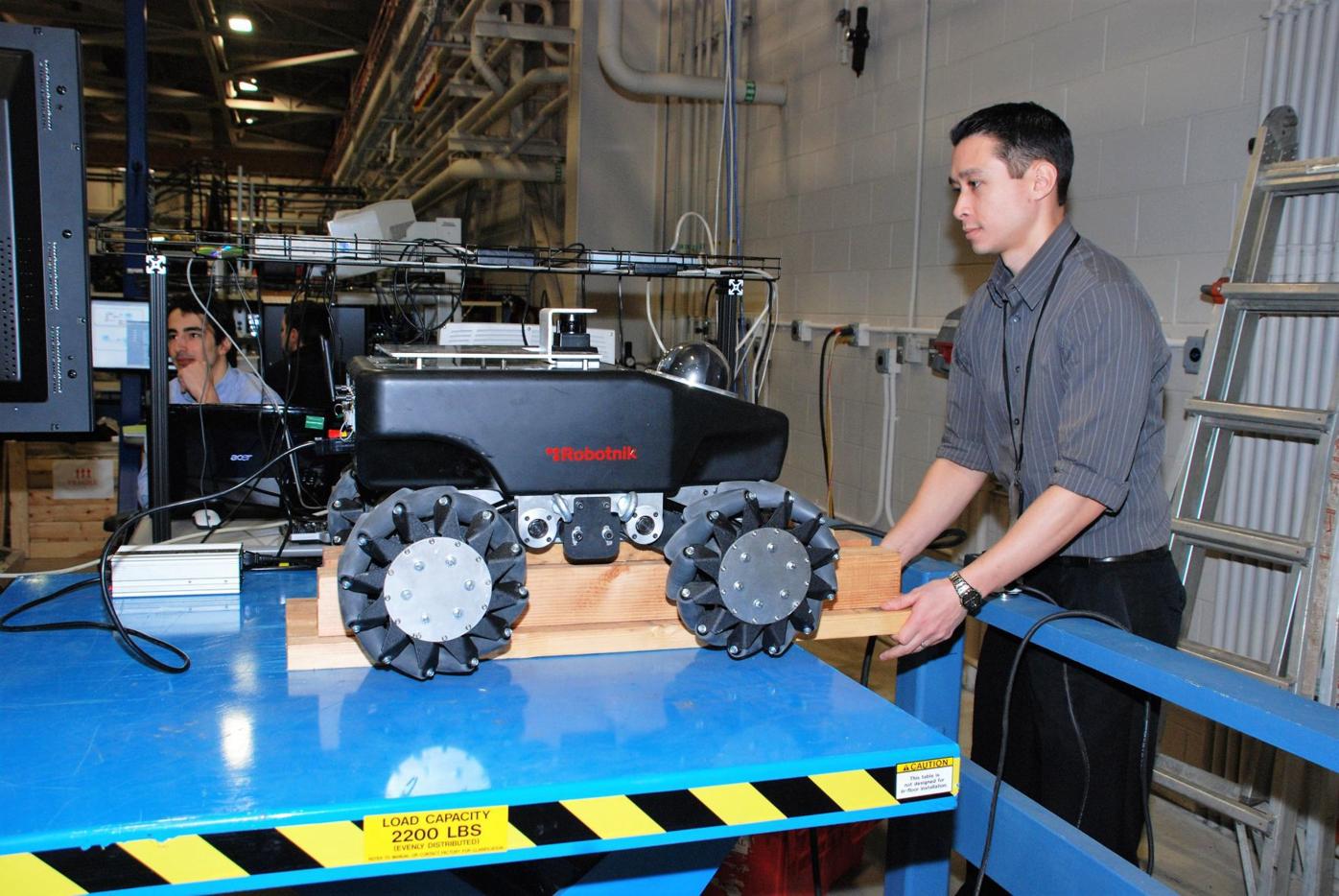 Dr. Brandon Cochenour, an electrical engineer, and Dr. James Hing, a robotics engineer, will receive the Presidential Early Career Award for Scientists and Engineers (PECASE), the U.S. government’s highest honor for outstanding scientists and engineers beginning their independent careers, during a ceremony at the Daughters of the American Revolution Constitution Hall in Washington D.C. The White House confers on PECASE awards annually to name the nation’s most outstanding STEM professionals who show exceptional promise to advance science and technology.

“We cannot prepare to fight and win conflicts of the future without contributions from our talented workforce,” said Rear Adm. John S. Lemmon, Commander of Naval Air Warfare Center Aircraft Division. “I’m incredibly proud of their commitment to all those who rely on the work we do.”

Cochenour, an engineer with NAWCAD’s avionics, sensors and electronic warfare division, leads research and development of the optics industry’s next generation laser systems pioneering the use of “twisted” laser beams that can enhance sensing, imaging, and communications undersea, as well as in air and fiber, with both commercial and defense applications.

His work is uncovering new and more sensitive means of remote sensing and communications using light. Commercially, the research has applications in industries like oil and natural gas, autonomous automotive, wireless communications, and environmental monitoring. Importantly, his research helps enhance the Navy’s information dominance and battlespace awareness at sea for anti-submarine and mine warfare missions.

“Being recognized as a PECASE awardee is truly humbling,” said Cochenour. “Receiving the award is also a validation of the support structure that I am surrounded by at Pax. Without excellent mentors, world-class colleagues and talented students none of this success would be possible.”

Hing, a lead of the warfare center’s advanced technology branch, helped found the lab that researches and prototypes robotics that optimize aircraft carrier workloads. His work intends to increase sailor safety and efficiency on the flight deck while allowing service members to focus on work that is more important.

“To be selected amongst all the amazing engineers and scientists supporting U.S. government agencies was a complete surprise and still has me in a state of disbelief,” said Hing. “I’ve been so fortunate in my career at NAWCAD to have had the opportunity to work on research that fully engages my technical curiosity and also has the potential for positive impact on the safety and operational capabilities of our Sailors and Marines.”

The PECASE awards are not firsts for either scientist. Cochenour is a NAVAIR Fellow, SMART Scholar, three-time recipient of the DOD’s Dr. Delores M. Etter Science Awards, Maryland Academy of Science’s 2009 Outstanding Young Engineer of the Year, and holds other trade conference accolades. The Department of Defense named Hing Scientist of the Quarter in 2017.

Established in 1996, the PECASE acknowledges the contributions scientists and engineers have made to the advancement of science, technology, education, and mathematics education and to community service as demonstrated through scientific leadership, public education, and community outreach. The White House Office of Science and Technology Policy coordinates the PECASE with participating departments and agencies.