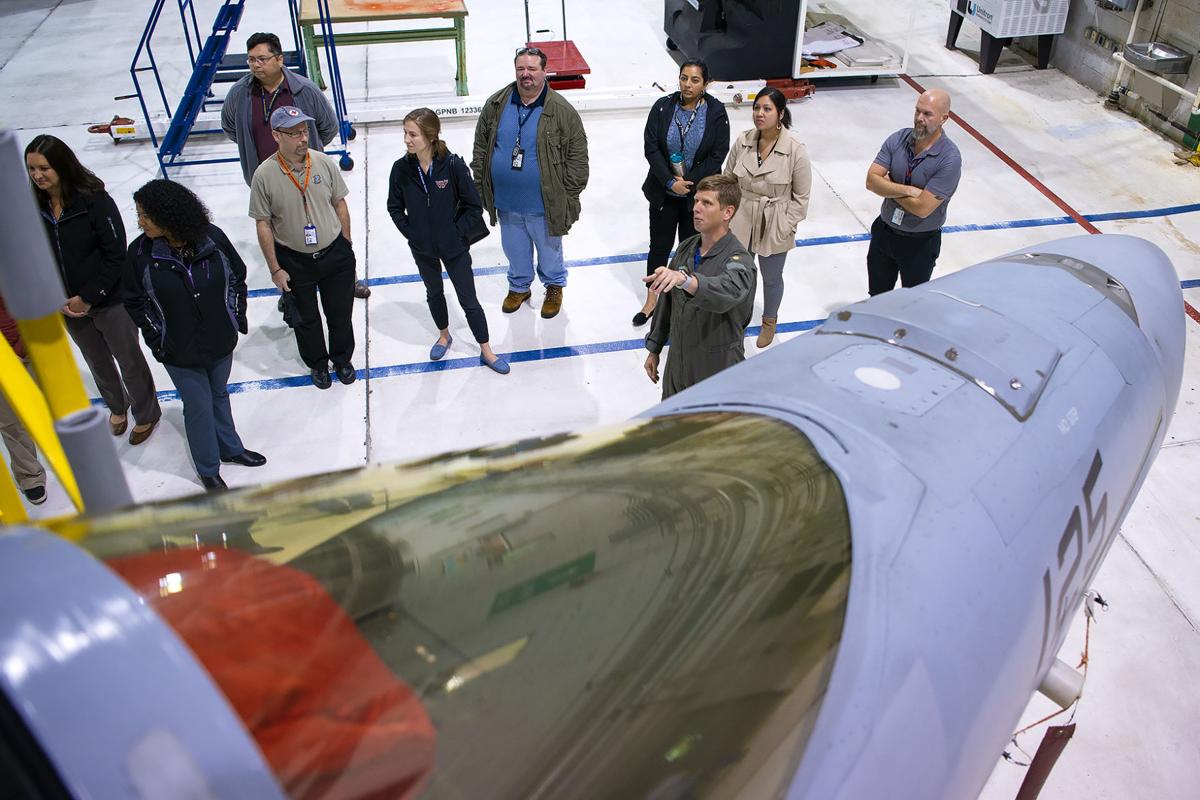 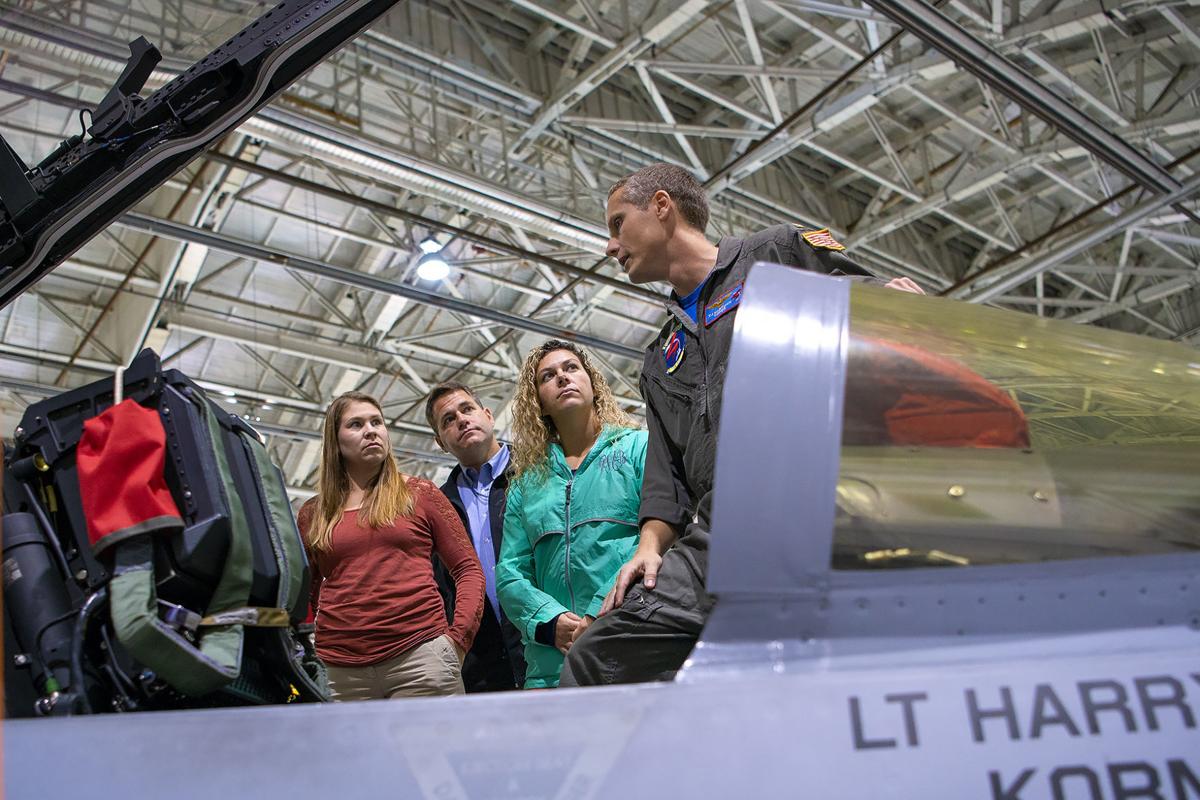 Air Test and Evaluation Squadron (HX) 21 kicked off Naval Test Wing Atlantic’s (NTWL) new squadron familiarization courses Oct. 8 when 20 NAWCAD/NAVAIR employees – a mix of non-test personnel, such as engineers, logisticians, financial, and administrative experts – met for an overview of the squadron’s mission before touring Hangar 111 for a close-up look at a static display of H-60 and H-1 aircraft.

“People were excited, a lot had never been around aircraft before,” said HX-21 Executive Officer Cmdr. Stephen Loesch, who helped facilitate the 1.5-hour long event. “Some, not all, had worked on some of the systems and it was interesting for them to hear about the tests we’d been doing with them. These people don’t necessarily get to see the results of their work. They do their part and push along the process, but never get to see further down that process.”

The NTWL familiarization effort was initiated in order to attempt to connect the workforce and the work they do every day to what may not be so obvious to them.

“It’s easy to come in and out of Pax River, do what you need to do and then go back home; and I think it’s easy to lose track of the end product of what we do here, which is getting capability to the warfighter,” explained NTWL Commander Col. Richard Marigliano. “By meeting and talking with a squadron’s pilots, aircrew, civilian test engineers and maintainers, it lets the workforce recognize the importance of what they do and gives them a sense of pride to know the work they’re doing, whether it’s working with ones and zeros or dollars and cents, is very important in the bigger picture.”

NTWL comprises four test and evaluation squadrons plus the U.S. Naval Test Pilot School. Each of the developmental test squadrons – VX-20, HX-21, VX-23 and UX-24 – will offer a single familiarization course every month that will be open to about 15-20 participants.

The most recent course was held Oct. 23 at VX-23. A diverse group of 12 professionals started their day with a briefing that provided them an overview of how the Navy employs tactical fighter and attack aircraft in the real world, and how the work at VX-23 ties in to enabling and furthering the Navy’s ability to execute those missions.

“We then moved into the hangar for some hands-on time and looked at several different aircraft, all of which had been modified and configured for developmental flight test and evaluation work,” said Lt. Cmdr. Travis Hartman, VX-23 operations officer, and a presenter and guide at the workforce event. “During that portion, discussions emphasized the skillsets necessary to succeed in this line of work – depth of technical knowledge, ability to work and collaborate well in small teams, critical thinking skills, risk assessment and mitigation, and consideration of design trade-offs. It seemed to go rather well and the audience appeared to be interested and engaged throughout.”

Personnel who register for the courses will have the advantage of seeing unique squadrons at Pax River.

“We have a huge civilian workforce within the Wing – engineers and platform coordinators who are critical to the operations we do here,” Marigliano noted. “We have civilian maintainers who are part of each of the squadrons, and participants will also see the civilian engineering side represented during the briefs and tours so that other engineers working in buildings around base who maybe haven’t seen some or all of the aircraft here, can talk about flight test engineering and have that conversation. And each different squadron will have a subset of type aircraft. We have the luxury of having almost every type model series aircraft here at Pax River.”

Interested personnel can view the upcoming schedule of squadron classes and register for the one of their choice at https://navairu.navair.navy.mil/#events.

“You can tell someone what they do is important, but it is nothing like having them walk into a squadron to see the machines their work is supporting and hear from the pilots and engineers how important it is to those in the fleet doing the mission,” Marigliano added. “This will evolve as we get feedback from the commands. When you look at the numbers we have for folks to try to cycle through something like this, it’s hard; but you have to start somewhere, and this is our start. It’s all about education.”