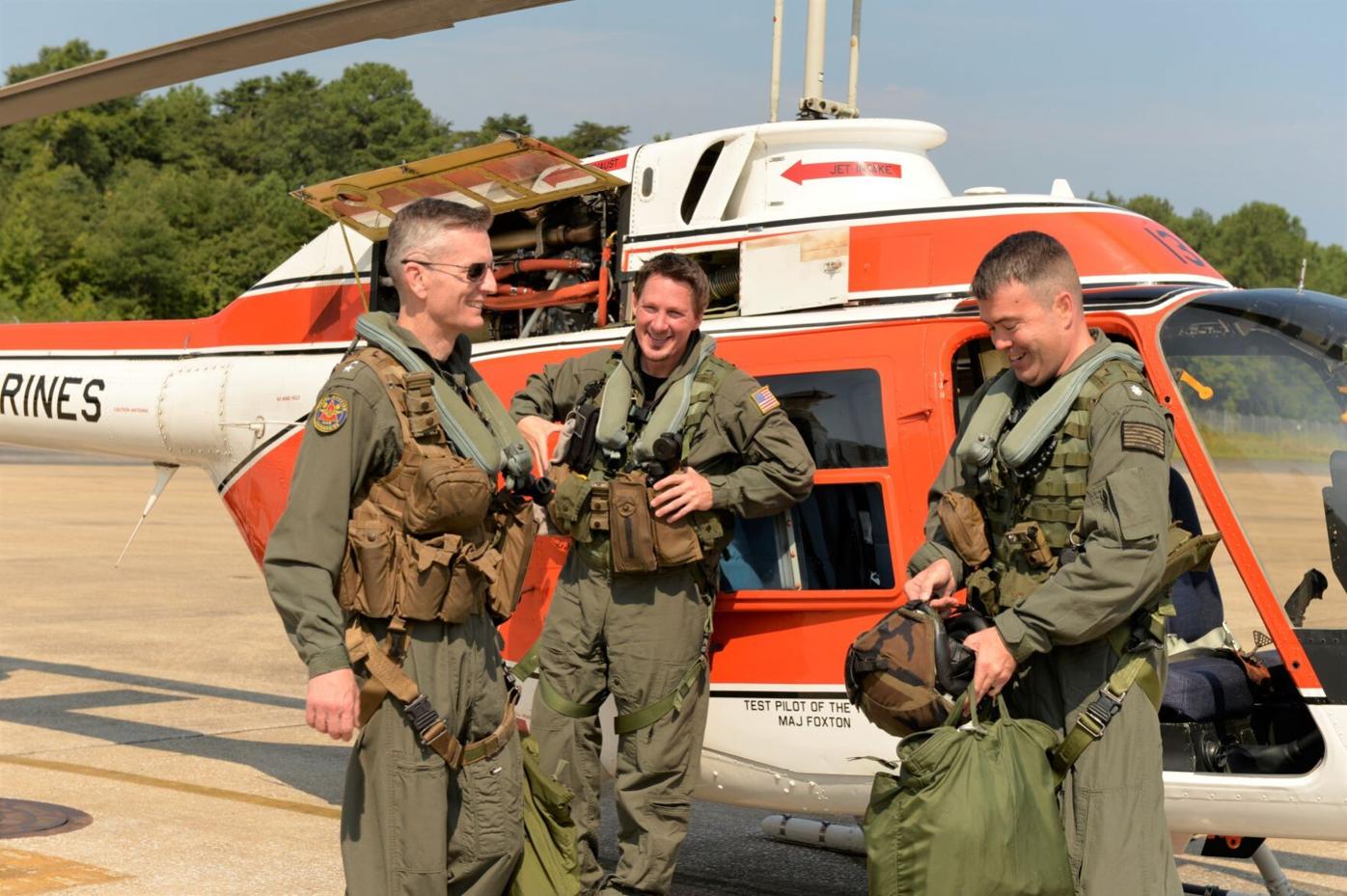 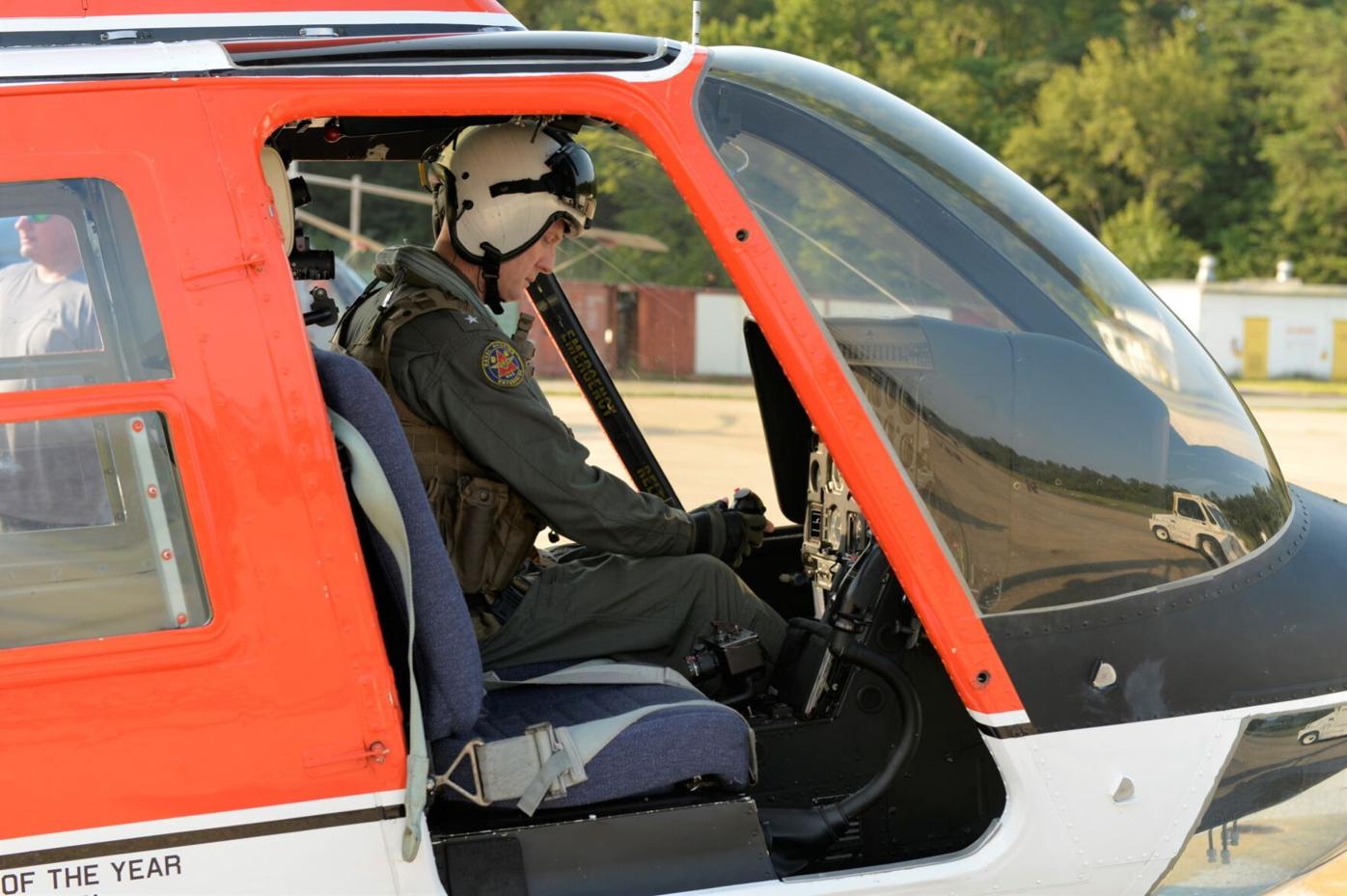 Vice Adm. Dean Peters conducts his pre-flight check as he gets ready to take off in the TH-57 for his final flight as a naval aviator.

Vice Adm. Dean Peters conducts his pre-flight check as he gets ready to take off in the TH-57 for his final flight as a naval aviator.

Vice Adm. Dean Peters took to the skies over Naval Air Station Patuxent River for his final flight as Commander, Naval Air Systems Command and a naval aviator. After 36 years, Peters is retiring from active-duty service. With an extensive fleet of aircraft to choose from, Peters chose one that seemed to take him back in time.

“The TH-57 allowed me to reminisce about my flight training 36 years ago,” said Peters. “Flying a small, teetering-rotor helicopter can be a humbling experience; it’s also less forgiving than our modern helicopters.”

“No matter how many years you’ve been in, as you draw to the close of a Navy career, I imagine there’s a lot of reflection and hopefully a lot of satisfaction that you made a difference,” said Short. “Vice Adm. Peters certainly made a huge difference in naval aviation.”

Among the most significant advancements Peters has seen over the course of his career are a smaller and more capable fleet, safer and more robustly equipped aircraft, advanced sensors and data links increasing battlespace awareness and enabling the high-end fight, and Sailors and Marines who are highly educated and resilient.

“There’s always room for growth,” said Peters. “I’d like to see us continue to modernize training programs, improve the reliability of the equipment we deliver, and adjust acquisition strategies to take advantage of technologies offered by multiple manufacturers, including small businesses.”

“I am highly optimistic about the future of naval aviation,” said Peters. “Our future success will rest on the shoulders of our leaders at every level.”

Peters has some advice for those leaders in the test and evaluation world, particularly new flight test aviators:

• Never take the aircraft or the test for granted. Preparation is critical.

• Verbalize what you see. This is sometimes a difficult habit to acquire, but once mastered, it will help you remember what happened and will also provide key insight to the folks in the telemetry room. There are many parallel analogies in your later career, but we’ll leave that for another day.

• The purpose of a developmental test pilot or test NFO is to help programs get fielded. You will find deficiencies — these need to be precisely articulated, with suggested corrections. The best testers provide value through their recommendations on how to satisfy mission requirements and get capabilities to the fleet.

• Don’t neglect reliability. This is an important component of system effectiveness.

• When you go back to the fleet for your DH tour, go humbly. You will have accomplished much as a tester, but you will have much to catch up on.

Peters took time after he landed to speak with some of the HX-21 squadron members who were on the flight line to congratulate him. He encouraged them to “ask questions, challenge assumptions, lead boldly, and make our Navy and Marine Corps better every day.”