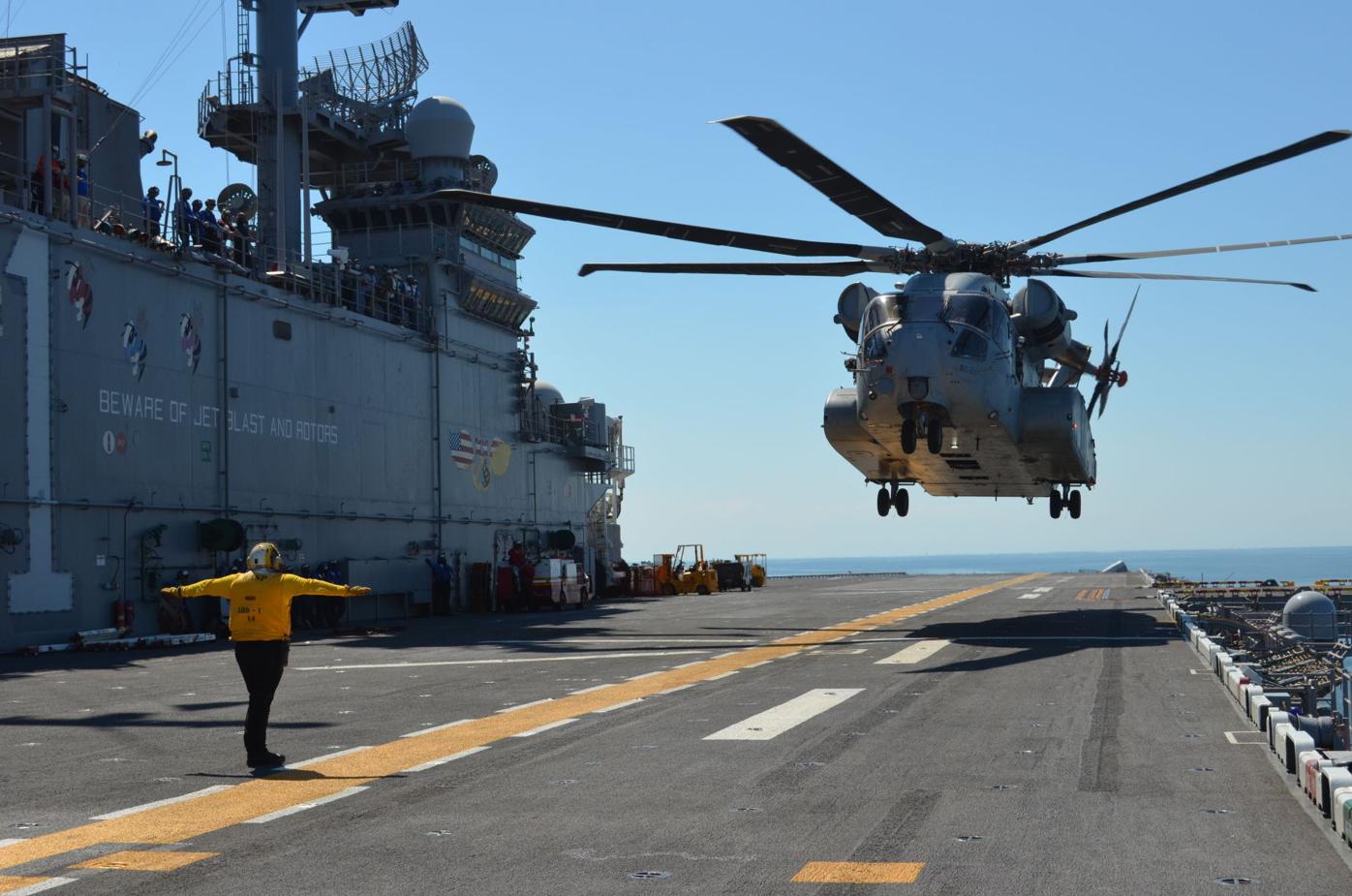 The CH-53K King Stallion lands aboard USS Wasp (LHD) for the first time at the beginning of sea trials in June. 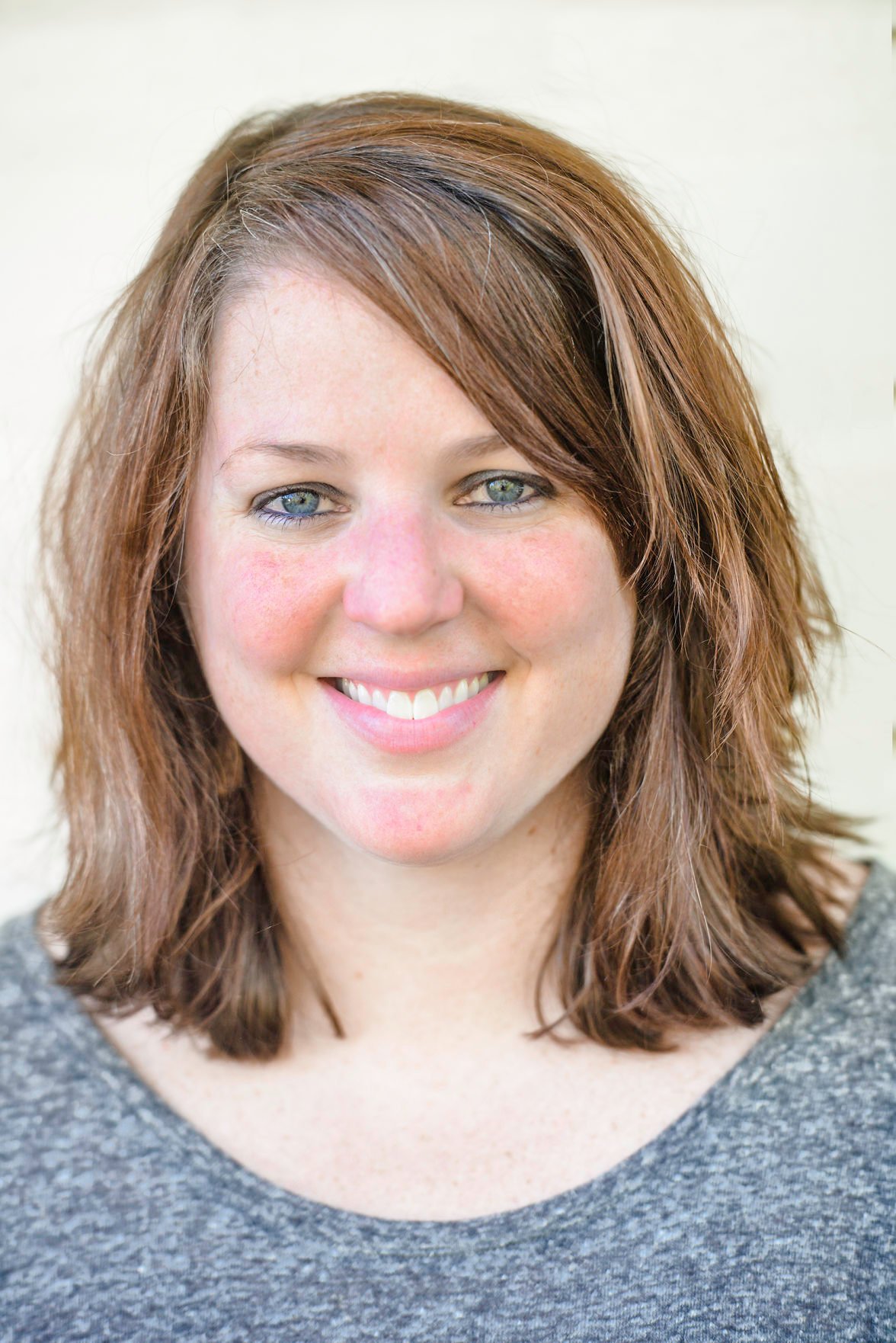 The CH-53K King Stallion lands aboard USS Wasp (LHD) for the first time at the beginning of sea trials in June.

Kristen Finnegan is the woman behind the scenes of the recently completed successful sea trial for the CH-53K King Stallion. Completed in June 2020, the aircraft’s first sea trial took 12-months of planning. Sea trials evaluate a state-of-the-art aircraft in a modern naval environment, and coordinating this vital test event with the surface Navy takes experience, flexibility, creativity and a lot of patience.

Flight test projects are co-led by a project engineer and project officer. As a graduate of Penn State’s Aerospace Engineering program, the Florida Institute of Technology and the U.S. Navy Test Pilot School Graduate Class 148, Finnegan was perfectly positioned to be the Lead Project Engineer. Maj. Joshua Foxton was Lead Project Officer, and though he had never taken part in a NAVAIR shipboard test, he had deployed aboard an LHD 1 class ship during his time in the fleet, which made him a good fit to help lead the test effort. His knowledge of LHD procedures, personnel and overall operations was invaluable during test execution and contributed greatly to the success of the sea trial. Foxton conducted the first landing of the CH-53K on the LHD, as well as many of the wind envelop expansion test points.

Finnegan came to the King Stallion’s Integrated Test Team (ITT) from the Rotary Wing Ship Suitability program where she led four other ship trials and participated in many more.

According to Finnegan, learning the technical side of the aircraft and understanding how the team operated was demanding.

“Coming over to the CH-53K program was a big change,” she said. “It is a much bigger ITT than others I’ve worked on, is a very high-profile program and brought a lot of challenges with it.”

The first challenge she faced was finding a ship for the trials. The ITT needed two weeks of dedicated operations to complete the tests and a lot of up-front preparation time. Navy ship assets are heavily tasked and testing is not always a priority. Most testing is performed with only a few months’ notice of ship availability, so finding a suitable ship far in advance for that length of time was a big “ask.” After months of discussions, Finnegan was able to secure USS Wasp (LHD) for the June 2020 tests.

The size of the test team was challenging, as well.

“A typical helo ship test involves about 30 people on the test team,” said Finnegan. “This test started with 120 people — only 15 of them had ever been aboard a ship before — and only seven of them had ever conducted this type of testing.”

Finnegan began training the team members (mostly volunteers from the ITT) in what to expect onboard — from shipboard etiquette to what to pack. The team needed to understand how a ship operates — including how tests on a ship are scheduled.

Since the test team does not control the flight schedule during a sea trial, the team needed to work closely with the Ship Air Department to identify flight windows and adapt to their requirement, not the other way around, explained Finnegan.

And to complicate things further, the ship’s telemetry room (where they track moving objects) was not set up to the specifications the CH-53K test team needed. Finnegan’s workaround was to bring a mobile telemetry unit from Atlantic Test Ranges that contained all necessary tools and resources for the team. In an impressive feat, the unit was hoisted aboard ship for the exclusive use of the test team.

But the biggest hurdle for the sea trial effort was limitations due to COVID-19.

“COVID complicated everything in the extreme,” said Finnegan. “We were trying to get the aircraft to test while figuring out the implications of COVID, and I was worried the whole thing might not happen.”

Just three months before setting out to sea, 24 of the 120 team members opted out of the trip. With the reduced numbers, the team was re-staffed with new safety precautions in place — quarantining before the trip, negative tests before departure, and remaining together without leaving the ship.

Once the team actually began the testing for the CH-53K, the series of challenges ended.

According to Finnegan, the weather was perfect for the testing the team needed to accomplish, with good winds and no rain.

“The Meteorology Department on ship was our best friend,” she said. “We told them the weather we wanted for testing and they put the ship there.”

“Everyone brought their A-game and I’m very happy with how the test went,” said Finnegan. “Team members were incredibly helpful and did whatever needed to be done to see this test accomplished successfully.”

“And the aircraft had no problems performing everything we asked it to do,” she said.

For Finnegan the end of this ship test is the end of phase one as the team moves on to processing the test data. But it is also means she can begin the planning process for the next King Stallion testing at sea with lots of lessons learned from this event.