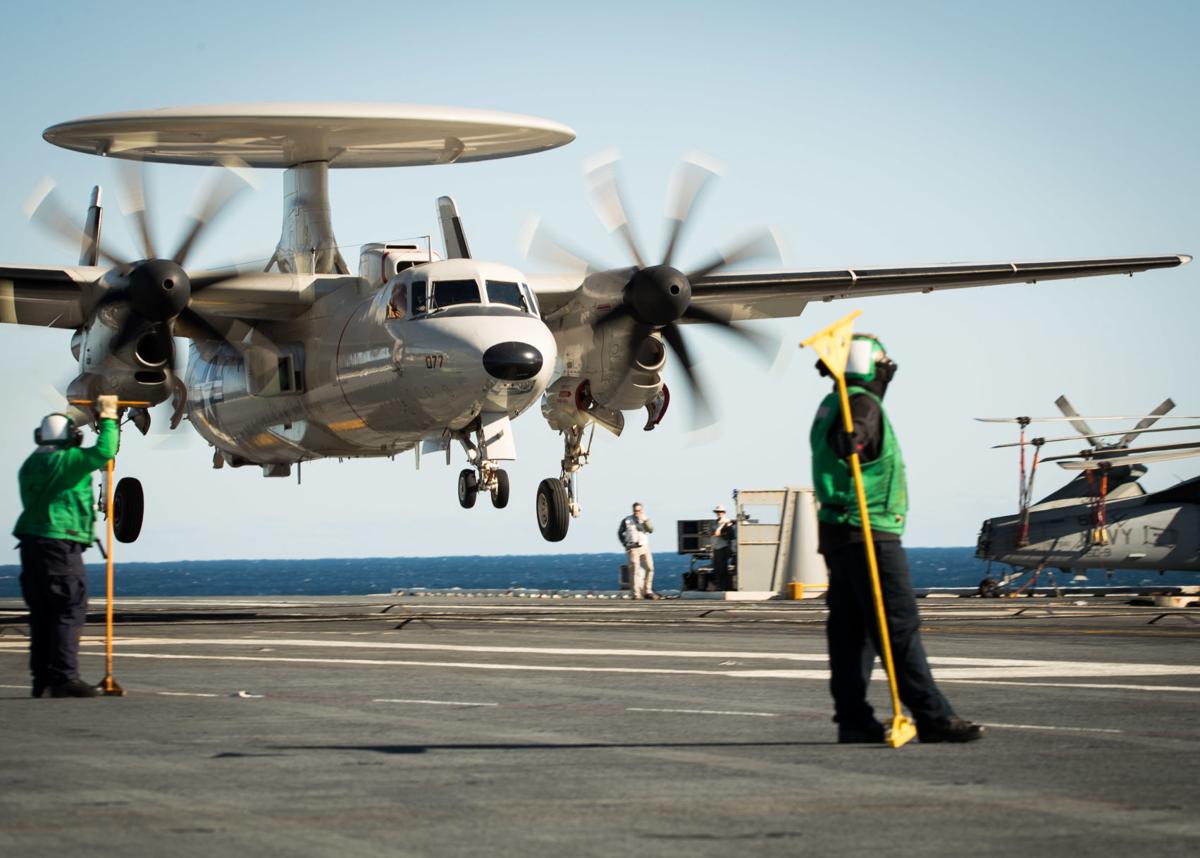 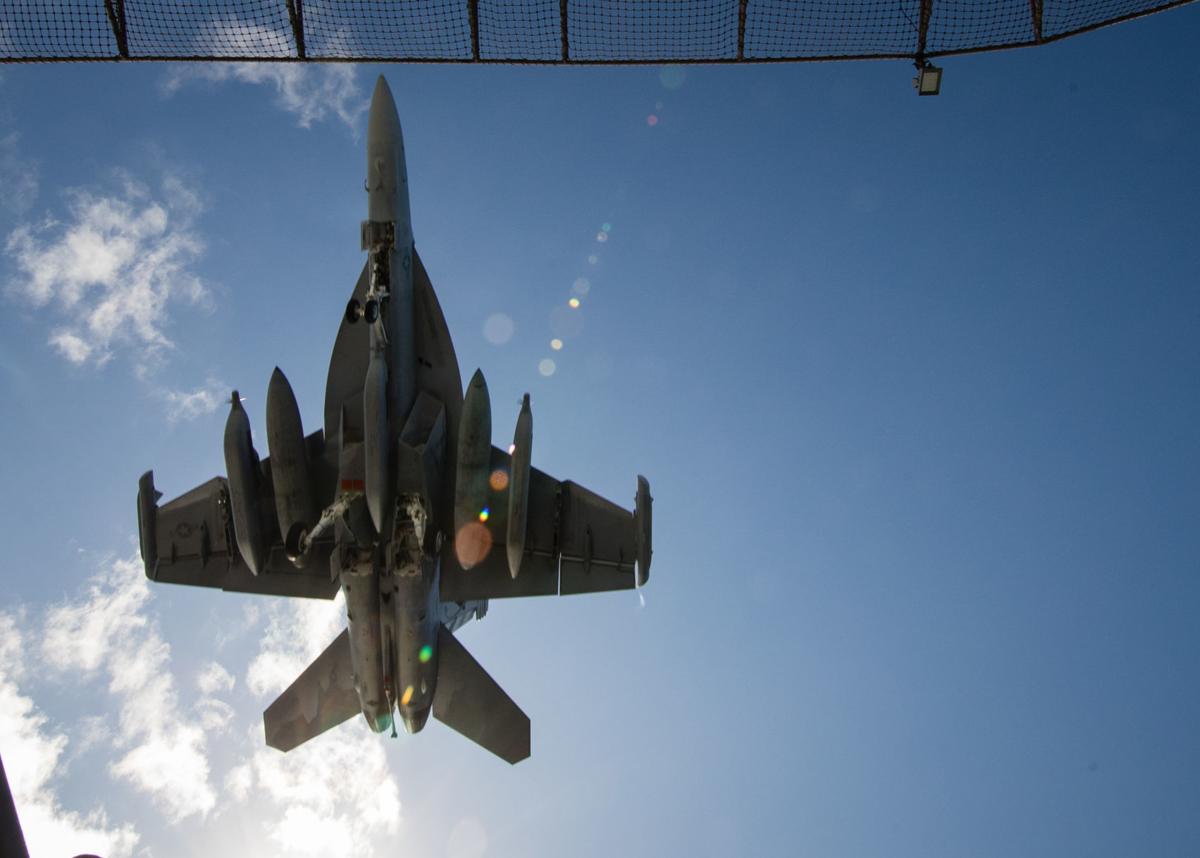 By completing T-45 testing, the Ford will be able to provide carrier qualification support to the Training Command and to student naval aviators in the jet/E-2/C-2 pipeline.

“There are so many firsts happening, and many of them we frankly don’t even really realize,” explained Ford’s Air Boss, Cmdr. Mehdi Akacem toward the end of the testing evolution. “We’ve had the first ever T-45, EA-18 Growler, E-2D Hawkeye, and C-2A Greyhound, and there are pilots on board this ship right now who will forever be able to say that their contribution to the Navy was to be the first pilot or NFO [Naval Flight Officer] to come aboard the Gerald R. Ford-class in that type aircraft.”

Capt. Kenneth Sterbenz, program manager of the ALRE office (PMA-251) that oversees EMALS and AAG, noted that ACT’s success test demonstrates the capability and versatility of the ship’s EMALS and AAG systems.

“This success is the result of the hard work and collaboration of the men and women in the entire ALRE team, including our government personnel and industry partner General Atomics, and fleet,” said Sterbenz. “I am extremely proud of what we have accomplished together, and am fully confident in our ALRE systems moving forward, especially with the backing of our highly dedicated and professional ALRE team.”

ACT began on Jan. 16 and concluded with 211 successful launches and arrestments using EMALS and AAG technology. The Gerald R. Ford now has 958 total traps to date and will likely surpass 1,000 launches and arrestments during the upcoming Flight Deck Certification (FDC) phase, currently scheduled for March, when her crew and Carrier Air Wing (CVW) Eight will take over all aspects of flight operations. The crew is fully prepared for FDC, having already received hands-on experience with EMALS and AAG via several training and test events.

ACT also allowed the crew and embarked test personnel to qualitatively evaluate the effect of the Ford-class air wake, or burble, and its compatibility with all types of fleet aircraft the Navy uses on an aircraft carrier. Aircraft were launched and recovered in different environmental conditions and sea states, and with varying aircraft weights—from heavy aircraft in light wind conditions to light aircraft in heavy wind conditions.

“At this point we’ve proven time and time again—this underway with 211 launches and recoveries on-and-off the deck—that we’re ready to shoot and catch all aircraft,” said Chief Aviation Boatswain’s Mate (Equipment) Louis Mountain from Ford’s Air Department. “We’re happy to show the fleet that we’re ready to start slangin’ and bangin’ and get aircraft on-and-off the deck. Ford is ready.”

The information captured during ACT will continue to inform improvements and modifications for the Gerald R. Ford and follow-on Ford-class aircraft carriers. Coupled with the historic aspect of this ACT, the culmination of this testing phase was not lost on Ford’s Commanding Officer, Capt. John J. Cummings.

“(The crew) came into ACT as pioneers; we wrote the book for the Ford-class for the rest of its history,” said Cummings. “By supporting the five aircraft that came to Ford to validate launch and recovery wind and weight envelopes, our Sailors are fully aware of the importance of this historic event. This was it—the book will be written and our crew’s name will be stamped on it.”

Akacem explained that ACT was more than a test and evaluation event—it was also a learning opportunity for Ford Sailors who have never had the opportunity to train on these new systems at sea or who may have never seen flight operations on board the Navy’s newest carrier.

“There’s no simulator for an aircraft carrier,” said Akacem. “There’s a lot of learning going on end-to-end, and we are learning a ton about how to operationalize these new technologies, and that’s the benefit of finally being out here at sea.