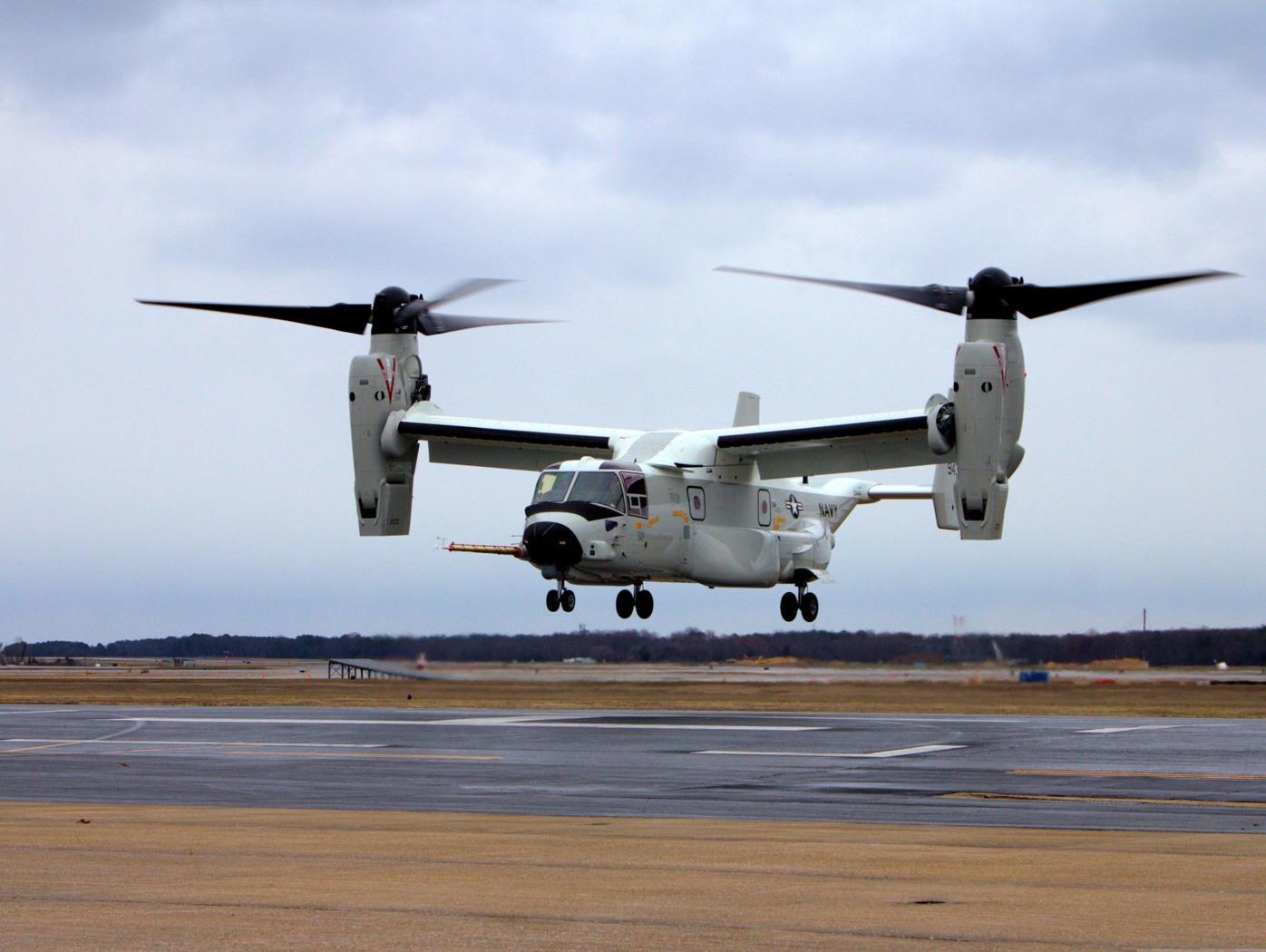 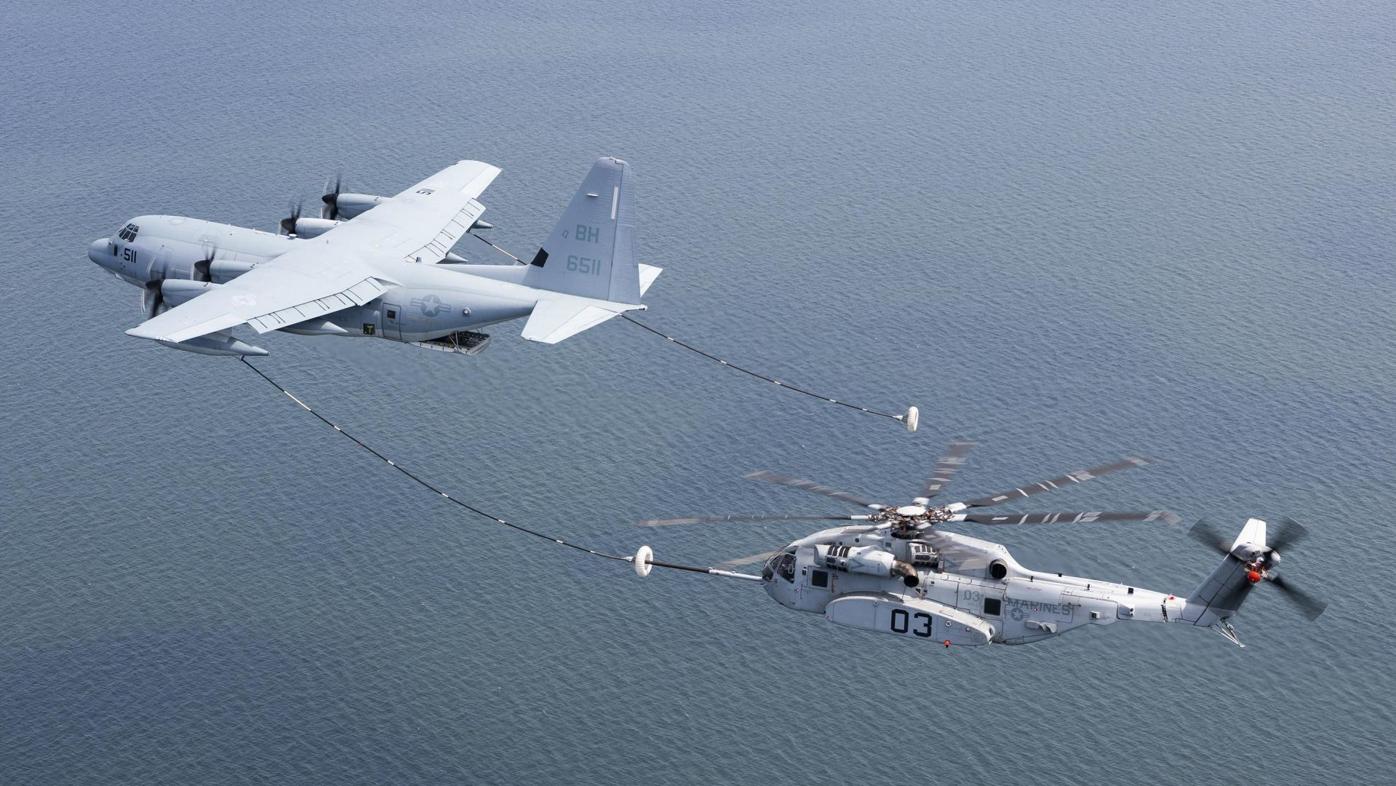 The CH-53K King Stallion successfully plugs into a funnel-shaped drogue towed behind a KC-130J during aerial refueling wake testing over the Chesapeake Bay. (April 16 issue) 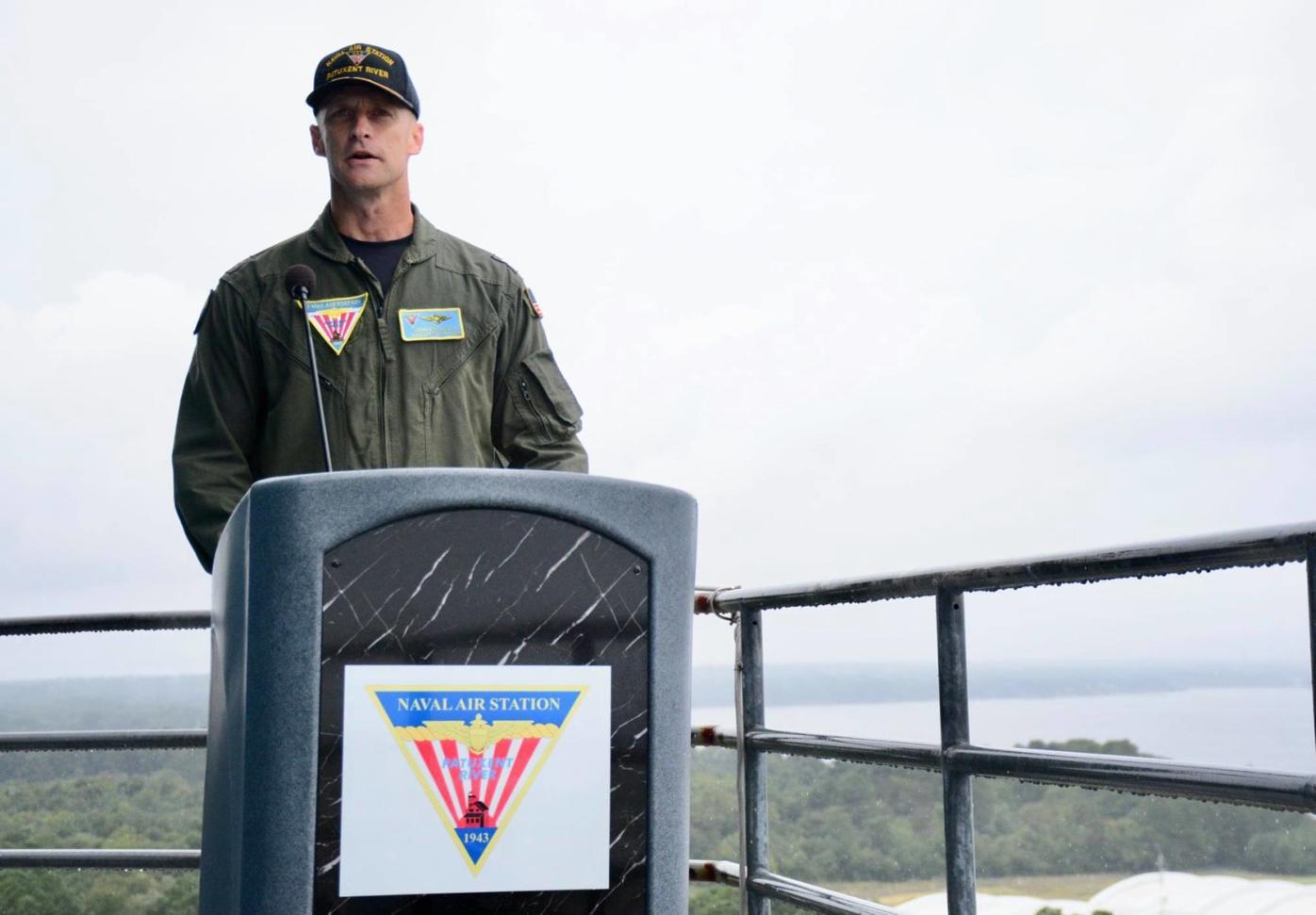 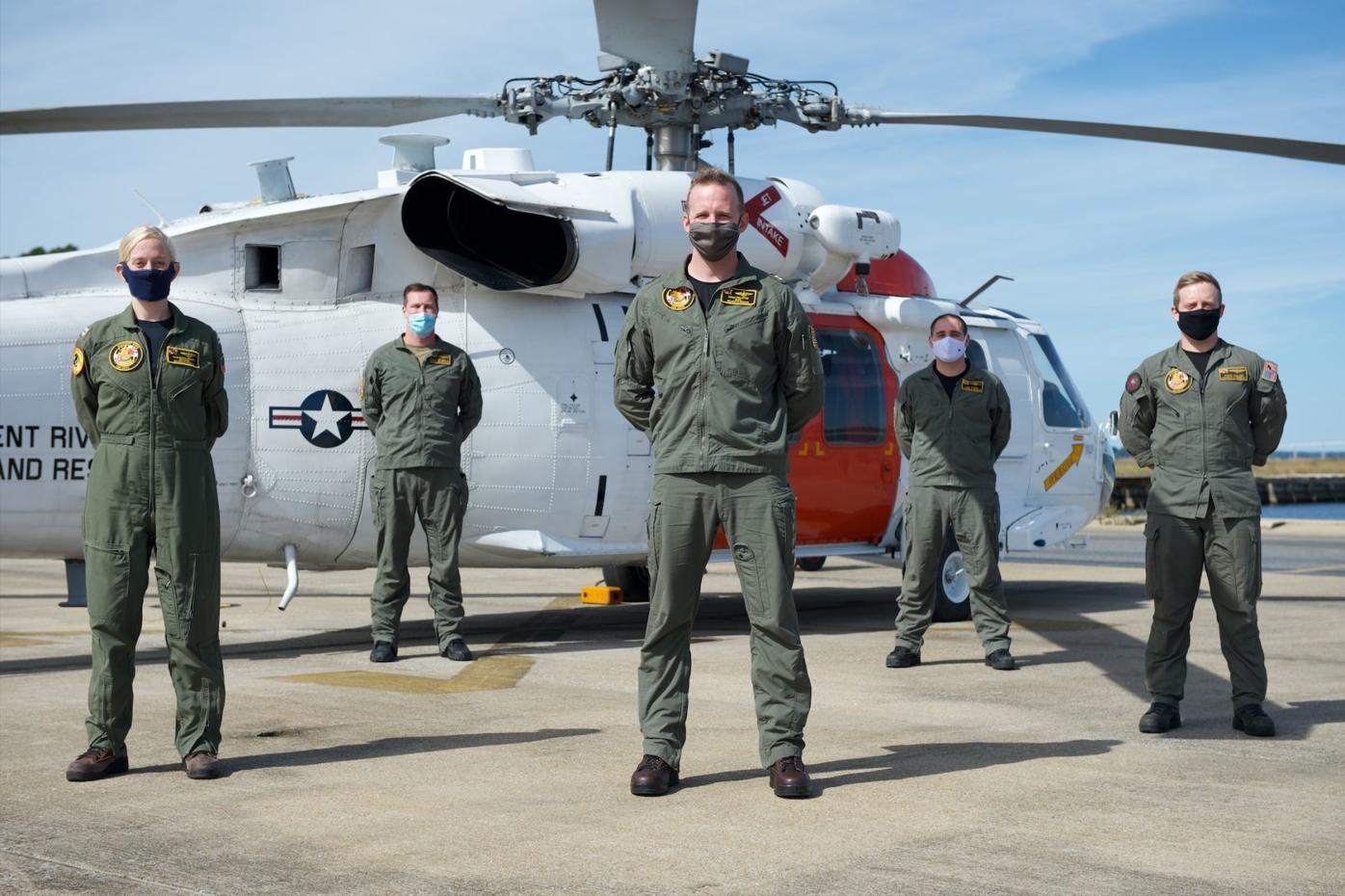 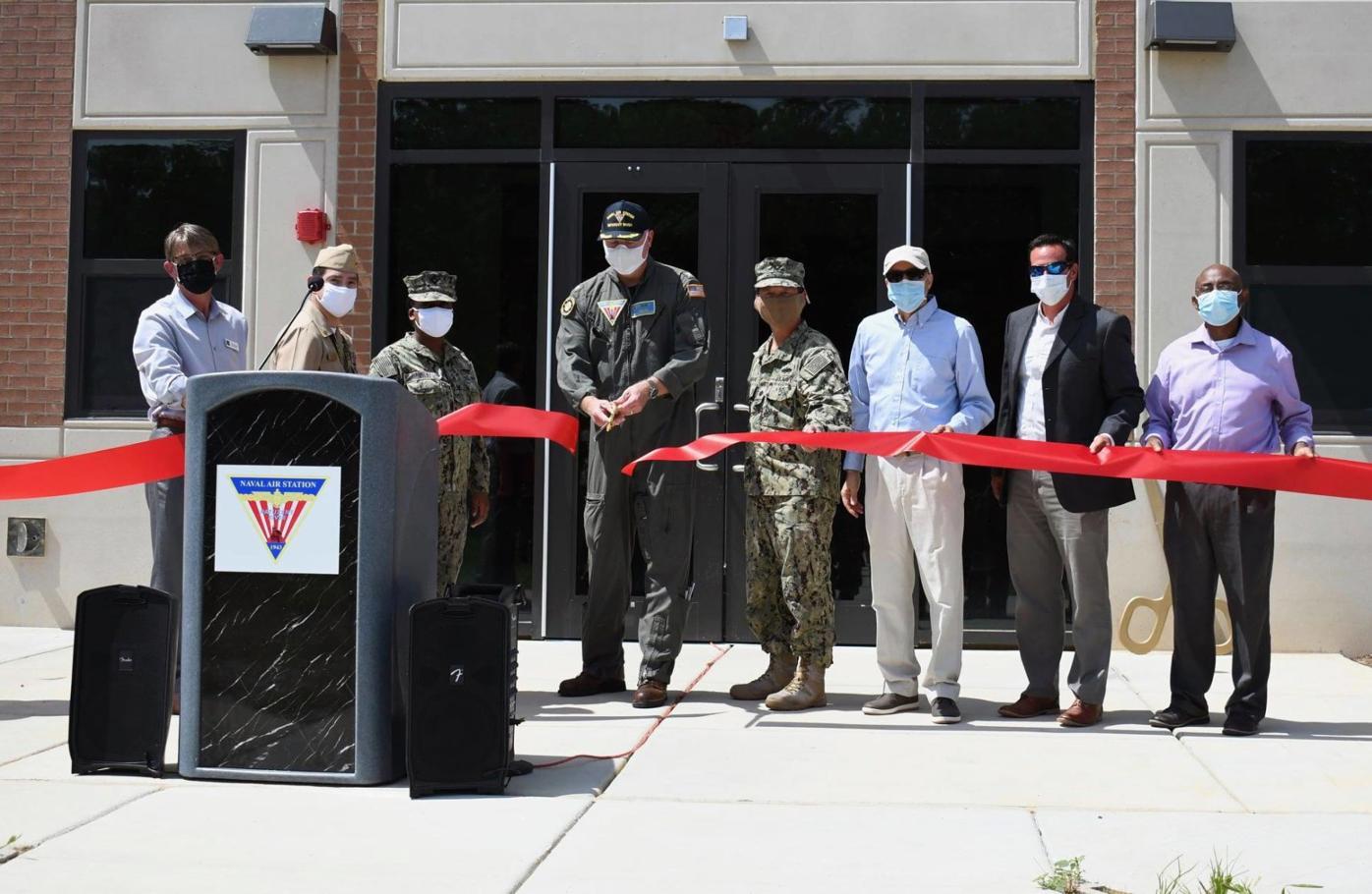 The CH-53K King Stallion successfully plugs into a funnel-shaped drogue towed behind a KC-130J during aerial refueling wake testing over the Chesapeake Bay. (April 16 issue)

Here are some milestones, highlights and other interesting happenings from across NAS Patuxent River that appeared in the pages of Tester throughout the year 2020:

• Air Test and Evaluation Squadron (UX) 24, Naval Test Wing Atlantic’s newest squadron, was awarded the Chief of Naval Operations Safety award for its success in fostering a culture of safety throughout the squadron as part of its day-to-day operations.

• The Department of the Navy launched the first Sustainment Program Baseline pilot for the E-2D Advanced Hawkeye focused on improving the sustainment of weapon systems such as the E-2D.

• The Navy awarded a contract to Augusta Westland Philadelphia Corporation (Leonardo) Jan. 13 for $176.5 million for the production of 32 TH-73A helicopters in support of the Advance Helicopter Training System program.

• The Navy’s first MQ-4C Triton unmanned aircraft systems arrived in Guam Jan. 26 for their initial deployment in the Pacific theater.

• Pax River’s Trapnell Airfield was the first to receive the Navy’s newest instrument landing system. The new system utilizes radio beam signals interpreted by an aircraft’s computer systems which then relay the information to pilots, enabling them to make necessary corrections as they approach the runway.

• The first Navy CMV-22B Osprey aircraft arrived at Pax River Feb. 2 after completing its ferry flight from Bell’s Amarillo Assembly Center in Texas. It was the first of two assigned to Air Test and Evaluation Squadron (HX) 21, the squadron leading the developmental test efforts for the program.

• A “Dietician-Approved Fueling Station” was set up inside the Commissary to offer Sailors and shoppers healthier ready-to-eat food options.

• The Specialized and Proven Aircraft program office (PMA-226) completed a FalconUp modification on several Navy F-16A aircraft, extending their fatigue lives by over 500 hours and providing the configuration baseline to incorporate the funded Falcon Star program, which adds an additional 3,750 hours to the service life of the aircraft.

• The nostalgic Flight Deck Lounge re-opened its doors to all hands after being shuttered to the public for 10 years. It would close days later due to COVID-19 mitigation efforts.

• HhART, a unique F/A-18 analytical tool, showed great success in preventing ECS malfunctions for F/A18s, predicting potential PE-causing aircraft, and has the potential to improve maintenance in other systems as well like GCUs, the top degrader for the Super Hornet.

• Hospital ships Comfort and Mercy are deployed to New York and Los Angeles, respectively, to assist in the battle against COVID-19.

• Tom Rogers, ASW flight test lead for the MH-60 Romeo at HX-21, and a team of other Pax personnel and community volunteers modified an existing face shield design with improvements, completed developmental and operational testing, sourced materials, laser cut shields and heat formed them, and worked through assembly, cleaning and delivery of 200 shields to the Charlotte Hall Veterans Home. The team, working under Southern Maryland Loves You, then released their 3-D printed headband design for use by others.

• NAWCAD’s Innovation Hub (iHub), a workforce collaboration space with engineering design tools and prototype resources like 3-D printers, was the center for much of NAVAIR’s collective Personal Protective Equipment (PPE) efforts as they produced thousands of masks and assembly kits and hundreds of face shields for fleet users and FEMA.

• Pax Sailors assembled cloth face covering kits at the Drill Hall for distribution to personnel within NAS commands and departments across the installation with workers on the frontline.

• A noteworthy chapter of naval test flight came to an end at Pax River when C-2A Greyhound BuNo 162142 made its final flight, taking to the air with a crew of veterans who had flown the aircraft countless times over its nearly 30-year career with VX-20.

• Cmdr. Jared D. Goul became the 25th commanding officer of Air Test and Evaluation Squadron (VX) 20 during a ceremony May 7.

• Per NAVADMIN 100/20 released April 5, effective immediately, all individuals on DoD property, installations and facilities were required to wear cloth face coverings when not able to maintain six feel of physical distance. The requirements and guidelines would tighten further as the year progressed, to include face coverings required at all times.

• Hand sanitizer stations were installed in building #2272; NEXCOM introduced health screenings for associates and vendors; HX-21 teammates made masks, shields for those in need.

• Navy began the final Demonstration of Existing Technologies test period for the Next Generation Jammer-Low Band capability at Pax River.

• The twelve active Maritime Patrol and Reconnaissance Force (MPRF) squadrons completed their transition from the P-3 to the P-8. In the same week, MPRF accepted the 100th U.S. Navy P-8A aircraft.

• The third Maryland-DC Breeding Bird Atlas (BBA3) project was underway aboard Pax River and anyone with base access was invited to help collect data.

• The Air Force Special Operations Command received its 53rd CV-22 Osprey June 2, marking the 400th delivery of a V-22 in the history of the joint program.

• The Pax River Navy Gateway Inns & Suites facility provided lodging for eligible and authorized official military travelers and installation support for Restriction of Movement (ROM) service members arriving at Pax River to fill essential roles who were then put under COVID-19 quarantine for 14 days by their command.

• The Bike Repair Station, featuring an assortment of bike tools and a tire pump to assist cyclists, was installed outside the Auto Skills Center, building #1586.

• After being closed for 14 weeks due to COVID-19, the Cedar Point Golf Course was reopened July 3.

• Project approved to study the habits of a large group of eagles that roost on Pax River’s runways each September in order to mitigate any potential for mishaps.

• On July 7, the Navy suspended the fall 2020 Physical Fitness Assessment to minimize risk of Sailor exposure to the COVID-19 virus July 7. It was the second consecutive fitness cycle suspended.

• NAWCAD, in partnership with NAVSEA and the U.S. Army, began testing an infrared camera system to identify individuals who may be displaying a fever — one of the first symptoms cited as a sign of COVID-19 infection. At Pax River, the testing was taking place in buildings #2272 and #2187.

• NAWCAD’s new Remote Data Room, located in the Propulsion Systems Evaluation Facility, geared up for the first-of-its-kind collaboration of a live remote jet engine test between engineers at Pax River and engineers at Arnold Air Force Base, Tennessee.

• The ribbon was cut Aug. 24 to officially open Pax River’s newly-constructed Single Enlisted Barracks, which houses more than 200 Sailors, E-4 and below.

• Capt. Christopher Cox turned over command of NAS Patuxent River to Capt. John Brabazon Sept. 17. Adhering to COVID-19 restrictions, Cox relinquished command in a small ceremony atop the Air Traffic Control Tower during an event that was broadcast live online.

• Pandemic forced the scaling back of traditional Navy Birthday celebration to a cake-cutting ceremony held outside on the Parade Field Oct. 13.

• The Navy awarded a $25 million contract to Saab Inc. on Sept. 25 for two AN/SPN-50(V)1 Shipboard Air Traffic Radars and one Installation and Checkout kit.

• For the first time in recorded naval aviation history, the U.S. Navy and Marine Corps closed out the previous fiscal year without a single aviation-related fatality in either service.

• Air Test and Evaluation (VX-20) and Pax River Search and Rescue teams assisted in the rescue of a downed Hawkeye crew near Wallops Island, Virginia