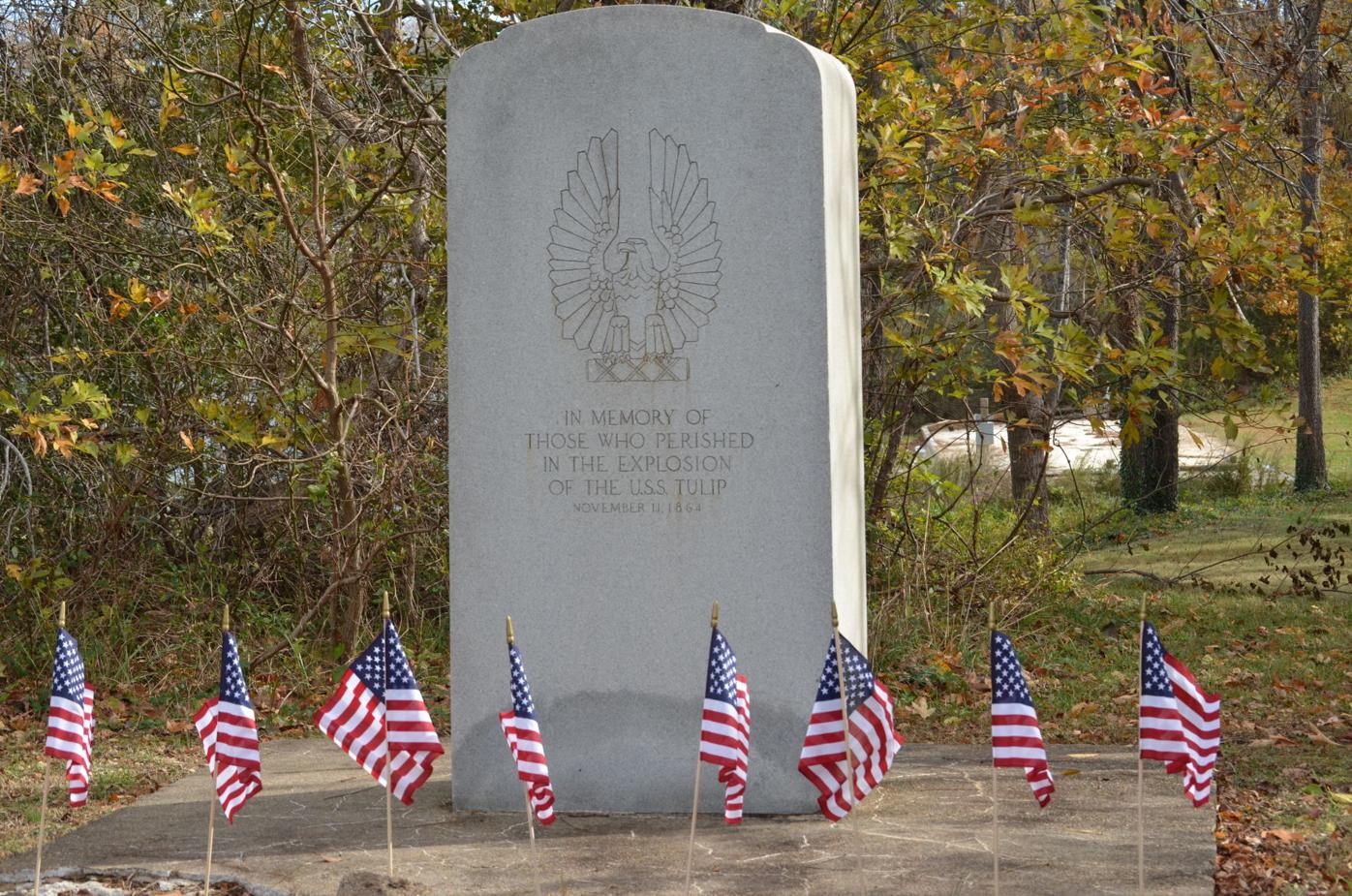 The USS Tulip monument, located in St. Inigoes, memorializes the Nov. 11, 1864, USS Tulip disaster and marks the location near where eight unidentifiable bodies washed ashore and are buried. 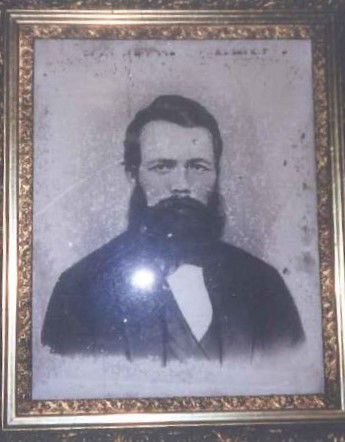 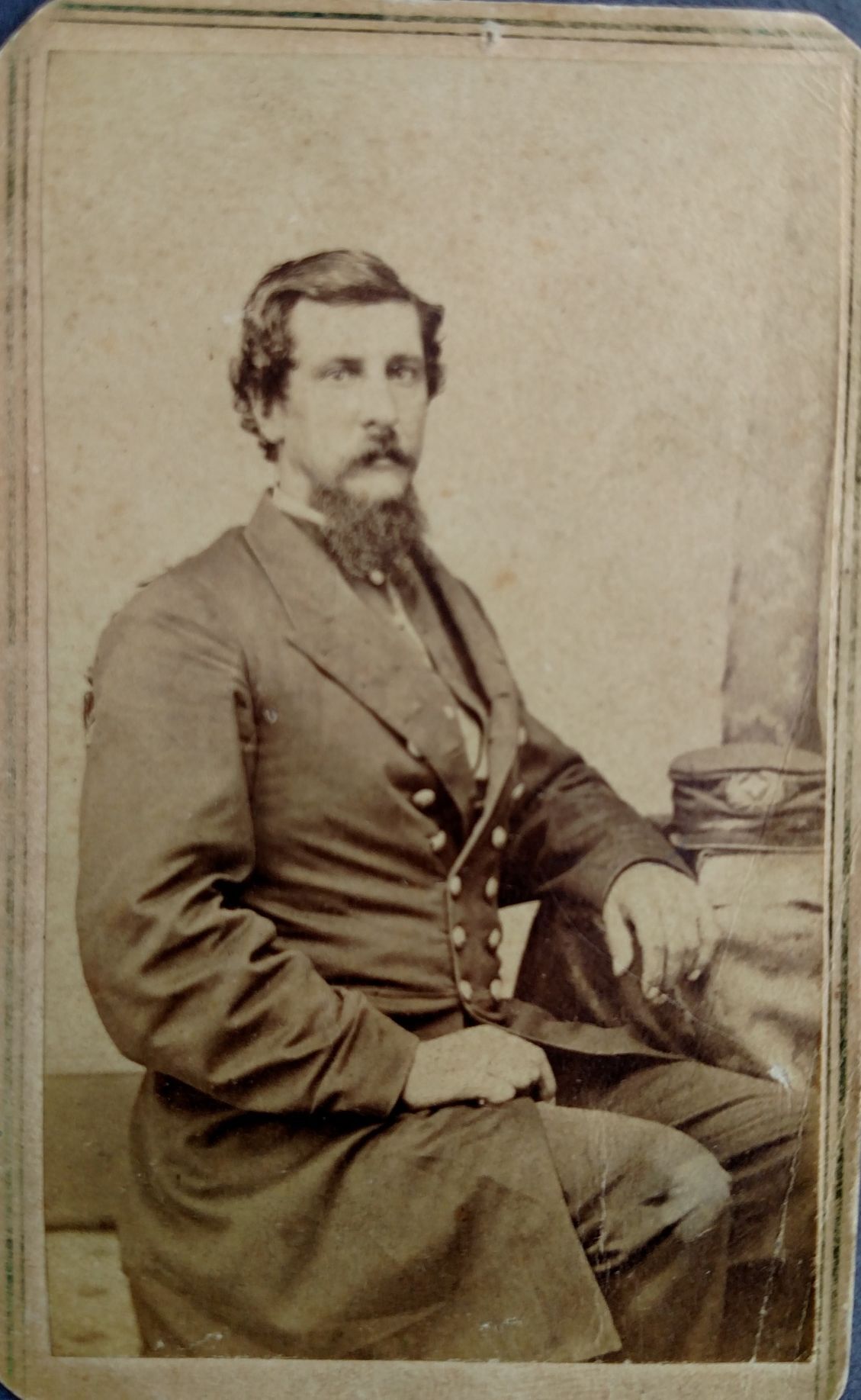 The USS Tulip monument, located in St. Inigoes, memorializes the Nov. 11, 1864, USS Tulip disaster and marks the location near where eight unidentifiable bodies washed ashore and are buried.

With Nov. 11 marking not only Veterans Day, but also the tragic anniversary of the ill-fated Civil War Union gunboat USS Tulip, it seems fitting to remember two of Tulip’s Sailors, lost when the vessel exploded and sank near Piney Point, not far from what is now Webster Outlying Field. Only 10 Sailors survived from a crew of 57, with two more dying shortly afterward.

With a faulty starboard boiler, the ship — assigned to the Potomac flotilla — had been ordered to return to Washington for repairs. Not wanting to be a slow, easy target for enemy cannons during the voyage up the river, Tulip’s captain, William H. Smith, ignored the boiler and ordered the vessel to proceed full steam ahead. The resulting explosion was heard for miles; and among the crewmembers lost that day were Tulip’s pilot James R. Jackson and senior engineer George H. Parks.

Pilot James R. Jackson was 35 years old when he died, leaving behind a wife and three small children in Middlesex County, Virginia, where he owned a 50-acre farm and possibly sympathized with the Confederacy.

“James worked as a ship’s pilot and it’s my understanding, through family lore, that he really didn’t have much choice when the Union came and told him he was going to work with them,” said his great-grandson Wallace Jackson in a 2016 interview about his ancestor. “The markers in the river had been torn up and they needed people with knowledge of where the shoals were to safely take up gun boats.”

James Jackson remained a civilian pilot for most of the war, but finally enlisted in the Union March 29, 1864. Through genealogical research, Jackson’s descendants discovered various documents related to their ancestor, including the Tulip’s official accident report where one survivor made this reference to the pilot: “Capt. Smith, the pilot, Master’s Mate Hammond, and the Quartermaster were on the bridge over the boilers and must’ve been blown to atoms. The only trace left of Capt. Smith was his hat.”

Because required Virginia records were destroyed by fire during the Civil War, the Jackson family learned it took until June 24, 1896 for James Jackson’s Navy pension to be issued. It totaled $15 per month plus the additional sum of $2 per month for each of Jackson’s three children, until arriving at the age of 16 years. The pension, which was retroactive, commenced Nov. 12, 1864 and ended Dec. 9, 1877.

While recently delving into his family’s genealogy, Dirk VanDerwerker from Minnesota unexpectedly learned his great-great grandfather George H. Parks had served in the Civil War aboard USS Tulip as the senior engineer. An online search of the ship’s name uncovered previous articles written in Tester, the base newspaper at NAS Patuxent River, and VanDerwerker reached out to Tester staff in January. He was put in touch with the Jackson family, who was willing to share what information they already knew.

Parks was also mentioned in Tulip’s accident report when a surviving crewmember noted, “About sixteen minutes past six o’clock, I was on the forepart of the vessel, heard some noise and excitement in the engine room, started aft and saw volumes of steam come up the engine and fire room hatchways, and heard engineer Gordon cry out, ‘Haul your fires.’ At that moment, senior engineer Parks rushed down the engine room and engineer Gordon cried out, ‘For God’s sake, somebody raise the safety valve.’ Seeing there was danger, I walked aft; when I came abreast of the cabin companion way, the explosion occurred, and the after part of the vessel went down in about two minutes.”

Thirty-six years old when he died, Parks left behind his wife, Rachel, and three small daughters, the youngest being not quite two years old. According to an 1855 Massachusetts census uncovered by VanDerwerker, Parks and Rachel were listed as renters, living only a door away from each other in Worcester, Massachusetts. They were married later that year on Sept. 1, 1855; the marriage certificate listing Parks’ livelihood as “mariner.” He enlisted in the Navy Aug. 20, 1862 in Brooklyn, New York.

Parks’ widow first filed for his Navy pension on Feb. 4, 1868 and then again June 21, 1876 for a minor’s pension — her youngest daughter being the only minor left in the household at the time. Rachel cared for her daughters alone for 11 years before eventually remarrying in 1876 at the age of 47.

Tulip’s wreck was discovered by sport divers in 1966. More than 1,500 objects have been recovered and were turned over to Navy History and Heritage Command (NHHC) for conservation, study, curation and display. Most of the artifacts are housed in the Maryland Archaeological Conservation (MAC) Laboratory, located at Jefferson Patterson Park & Museum, the State Museum of Archaeology, in southern Maryland. The MAC Lab serves as the curatorial facility for the Navy’s underwater archaeological collection.

“Once the ship sank, everything aboard was preserved in the Potomac mud and virtually frozen in time,” explained George Schwarz, underwater archeologist with NHHC, in a 2015 interview. “The objects give us additional information to supplement the historical record, which did not typically elaborate on day-to-day routines that are now so significant — such as how Sailors dined, groomed, dressed, entertained themselves and, in general, lived aboard a steam-propelled gunboat in that era. Shipboard equipment tells us about the way they recorded speed and navigated by the stars; small arms and ordnance allow us to reconstruct how they engaged in naval combat.”

Annual remembrance of the event

Since 2007, NAS Patuxent River has held an annual USS Tulip memorial ceremony at the site of the accident where eight unidentifiable bodies had washed ashore afterward and are buried. A monument now stands in their honor, marking the smallest federal cemetery in the nation.

“One year [at the ceremony], we got to hold some of the artifacts and one of those items was an octant,” said Jackson, who attends the yearly memorial with other family members. “It wasn’t standard Navy issue; it was fancy with silver inlay. It was my great-grandfather’s personal property. We know because of where it was recovered on the ship; the pilot had his own cabin.”

This year, due to the COVID-19 pandemic, the Navy will not hold the ceremony and the lost Sailors’ descendants will not gather to hear the tragedy recounted, but it doesn’t mean these 19th century veterans are forgotten.

“As I learn about George Parks and his family, these people become as much alive to me as family members currently living,” VanDerwerker said. “They have successes and failures, just like everyone else, and their stories deserve to be preserved and told. We are who we are because of them, and through them we uncover our nation’s history, too. I’m a former journalist and I like to tell stories, and the best way to access and understand history is by understanding the stories of these people. It seems important to me.”