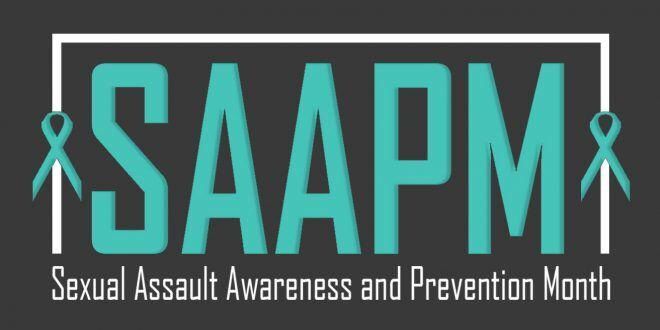 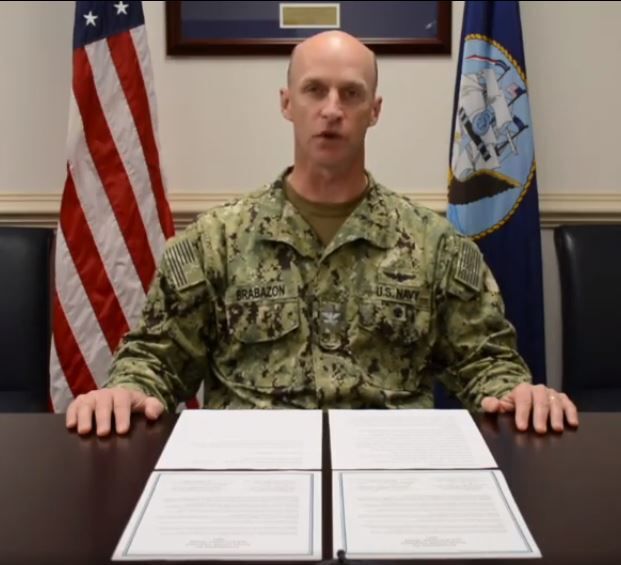 In this clip from a video streamed on the NAS Facebook page, NAS Patuxent River Commanding Officer Capt. John Brabazon discusses the importance of Sexual Assault, Prevention and Awareness Month, while the SAAPM 2021 Proclamation — signed by NAS leadership — is spread out on the desk in front of him.

In this clip from a video streamed on the NAS Facebook page, NAS Patuxent River Commanding Officer Capt. John Brabazon discusses the importance of Sexual Assault, Prevention and Awareness Month, while the SAAPM 2021 Proclamation — signed by NAS leadership — is spread out on the desk in front of him.

This year’s SAAPM theme is “Respect. Protect. Empower.” At all times, we must commit to treating others with respect, protect one another from harm through intervention, and empower individuals to speak up or intervene.

“Discussions focus on prevention and active intervention strategies, as well as the tools and actionable skills important for service members, DoD civilians, contractors, and family members to know and understand,” said Brabazon, in a video streamed on the NAS Facebook page. “We continually strive to foster an environment of dignity and respect, where sexual assault and sexual harassment are never tolerated, condoned or ignored.”

Whereas, Sexual Assault Awareness and Prevention Month sets the tone for the ongoing prevention of and response to sexual assault within the Navy community; and

Whereas, this yearly kickoff is intended to draw attention to the fact that sexual violence remains an intolerable violent crime which impacts mission readiness for our Navy community; and

Whereas, sexual assault is an affront to the core values we support and defend as dedicated service members and civil servants of today’s Navy; and

Whereas, we must work together throughout the year to educate our community about what can be done to prevent sexual assault and support survivors and victims to ensure they are provided the help needed to survive sexual violence; and

Whereas, dedicated leadership and Sexual Assault Prevention and Response staff actively encourage every person to speak out when witnessing acts of sexual violence; and

Whereas, with leadership, dedication and encouragement, there is compelling evidence that we can be successful in reducing sexual violence within the Navy through prevention education, increased awareness, and assuring alleged offenders are held accountable; and

Brabazon also took time to thank the dedicated SAPR Program Victim Advocates, saying “We cannot eliminate sexual assault in our ranks without you. We cannot thank you enough.”

CNIC’s website reminds us that we are all called upon to protect one another by looking out for signs of unhealthy relationships. Protecting one another includes actively intervening or enlisting the support of your command or Fleet and Family Support Center to prevent harm. We can also empower one another by providing non-judgmental support and referrals to those seeking advocacy, mentorship, and other services. As a Navy family, we can generate powerful change that benefits us all.