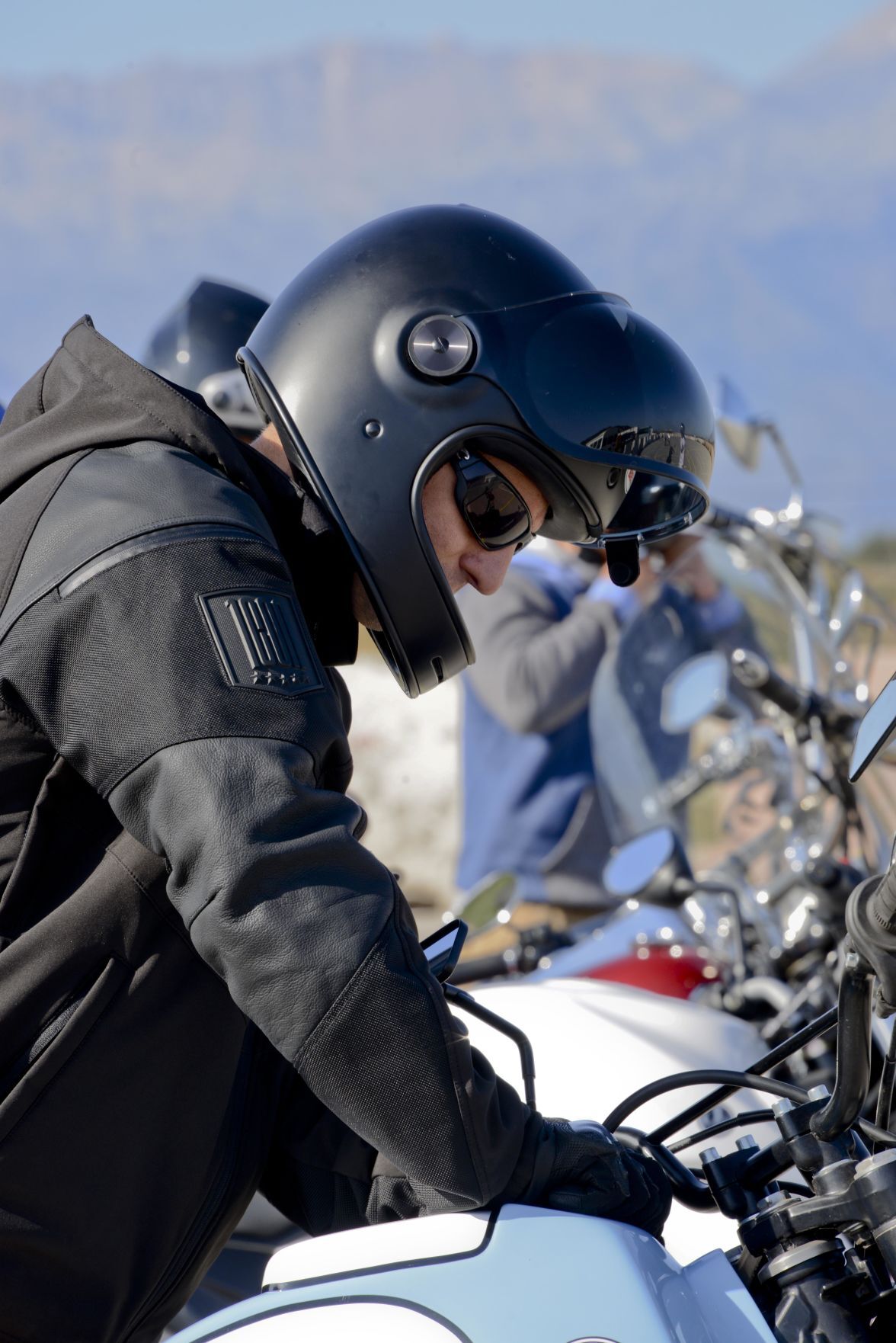 One tip for motorcyclists is to invest in a neck gaiter made of thick material to keep the wind off your neck and prevent it from going up inside your helmet. 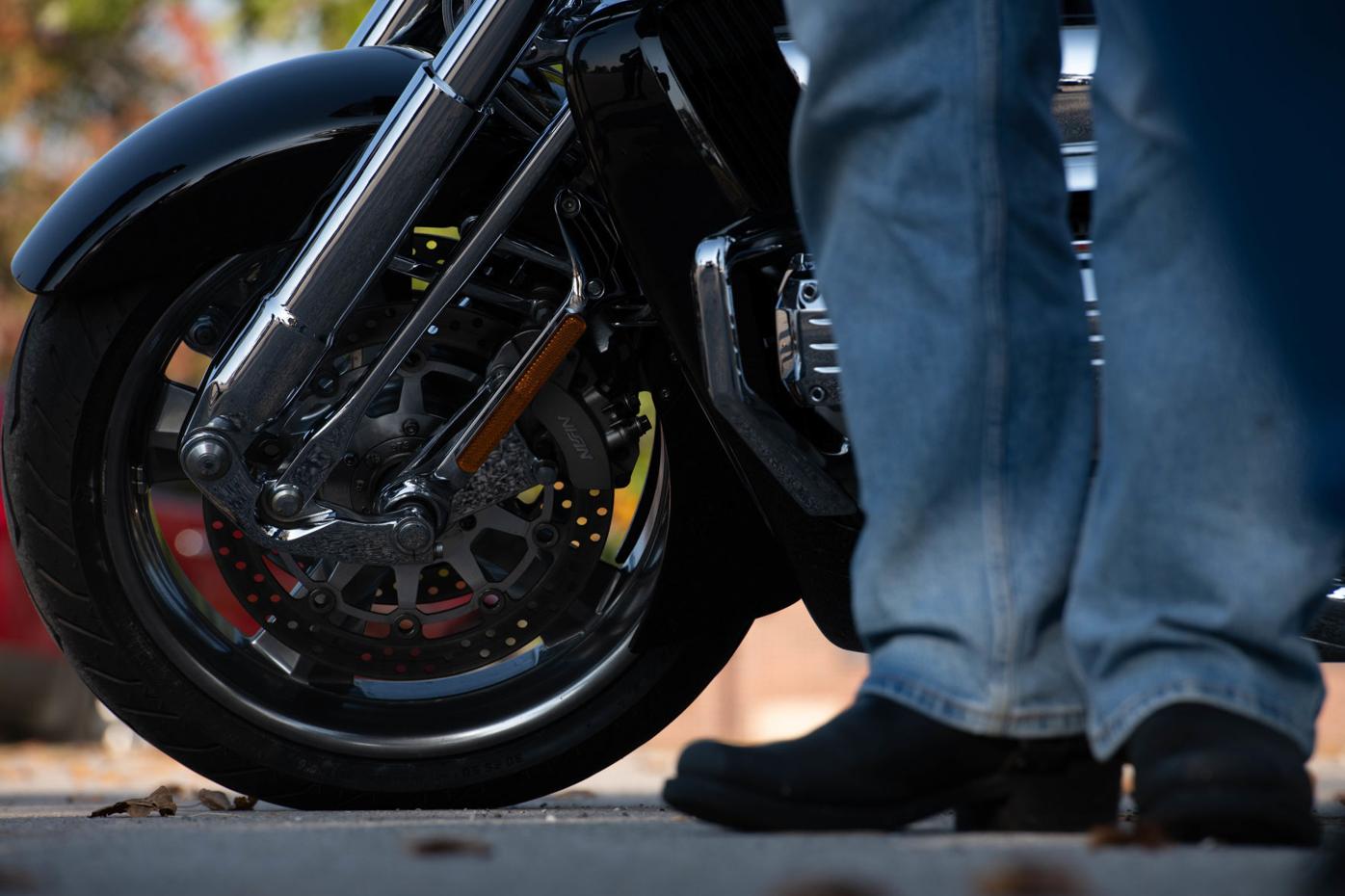 Driving side to side to touch the tire’s sidewalls to the ground causes the tires to heat up so they grip the ground a little better, a technique that’s taught in the basic rider course.

One tip for motorcyclists is to invest in a neck gaiter made of thick material to keep the wind off your neck and prevent it from going up inside your helmet.

Driving side to side to touch the tire’s sidewalls to the ground causes the tires to heat up so they grip the ground a little better, a technique that’s taught in the basic rider course.

Unless they’re on the West Coast, many motorcycle riders will inevitably face the decision soon, if they haven’t already, of whether to winterize and store their ride till the spring or dare to brave the dropping temps on two wheels.

“It’s a personal preference,” said U.S. Marine Corps Master Sgt. Ryan Lowder, a tactical vehicle analyst at the Naval Safety Center (NAVSAFECEN). “Me, I like to ride, so if it’s nice outside – and nice to me is when the sun’s out – it doesn’t matter what temperature it is.”

Lowder, who has more than 20 years of experience riding both sport bikes and cruisers, said he doesn’t mind riding in cold weather for a couple of reasons. The first and arguably most important: He has the right gear. The second is the type of bike he now rides, which blocks more of the wind and cold than the sport bike he rode in his younger years.

For those who plan to ride during the colder months, Lowder has a few recommendations on gear, stemming from his years riding a sport bike when that was his only means of transportation.

“You absolutely want to dress in layers while you’re riding, because when you are going down the road at 60 miles an hour and it’s 60 degrees outside, it typically feels like 40 with the wind chill factor figured in there,” he said, adding that he even went so far as to buy a pair of boots a size bigger so he could wear thicker socks.

“Usually, the first things that get cold are your feet and your hands, so you want to ensure you invest in some really good gloves that allow your fingers to move freely, but also provide you with that warmth.

“You’re going to spend a couple of extra bucks, but if you don’t have a big fairing blocking the wind like some of the cruisers, your fingers and your hands are going to pay the price first.”

Lowder also recommends investing in a good neck gaiter, also called a balaclava, made of thick material that will help keep the wind off your neck and prevent it from going up inside your helmet.

So what else should riders pack while out on the roads during the colder months?

The Marine said it just depends on how far they’re riding. Typically, he keeps some hand warmers, a blanket and a good, quality rain suit on his bike, with the rain suit being a must-have regardless of the temperature.

“That’s just a good practice. No matter what type of season you’re in, because even in summertime, if you get soaked to the bone and you’re going down the road, your body temperature is going to drop real quick,” Lowder explained.

In addition to having the right gear for the right time of year, he also reminds riders make sure they’re thinking about how the weather might affect the bike’s performance, more specifically the tires, which are “kind of necessary in order to get where you want to go.

“When it’s cold outside, your tires take longer to heat up, and the ground is cold, so it’s prone to be a little bit more slippery,” he said. “You want to ensure you warm your tires up really good before you try to jump out there in traffic.”

Lowder recommends driving side to side to touch the tire’s sidewalls to the ground. This causes the tires to heat up so they grip the ground a little better – a technique that’s taught in the basic rider course.

And speaking of slippery – riders need to be aware of winter road conditions – especially ice.

“We’re always cognizant of standing water, but we need to be cognizant of the ice that may be on the road because it’s a lot more prevalent when it’s cold outside, especially in the early morning hours when the bike has been sitting all night,” Lowder said.

Finally, be on the lookout for the evil element of sodium chloride.

“Salt trucks are the enemy,” he cautioned. “If a road is freshly salted, that makes it treacherous to ride on. It is just like riding on gravel, and every biker who has ever been down knows that gravel is the enemy. It’ll cause you to wreck faster than pretty much anything.”

For those who decide to skip the cold and wait for warmer riding temperatures, it’s time to say so long and store your ride for the winter. But before you say goodbye, take some steps to make sure you winterize your bike correctly, so it’s ready to ride in the spring.

First, you’ll need to decide where to store your ride – indoors or out?

“Storing your bike indoors is ideal, especially if it’s a heated garage,” said Michael Borkowski, NAVSAFECEN safety and occupational health specialist, who’s been riding more than 30 years. For those who don’t have extra indoor space, he recommends asking a friend or checking nearby bases or dealers that might have indoor storage. This storage will go a long way in protecting your bike from any damage that winter weather may cause.

After you decide where you’ll store your motorcycle, Borkowski suggests topping off the tank and giving the bike a good wash, ensuring you remove all of last year’s bugs, dirt and grime.

“Getting all the summer bugs off now will save you some aggravation in the spring when you break it out and clean it before riding season,” he said, adding that any leather – seat, saddlebags, etc., should also be treated with a conditioner.

Because cold weather can also damage the bike’s battery life, Borkowski advises to either remove the battery, store indoors and top off the cells with distilled water, or place it on a trickle charger if the bike is kept indoors.

Invest in a cover and some cable tie-downs for your motorcycle whether you plan to store it indoors or out, and once you’ve covered it, don’t make this the final goodbye.

“About every two weeks, check up on your winterizing procedures,” Borkowski said. “Is the battery on the charger still getting the trickle charge, and what does it read?” Additional recommendations include starting the bike to run the fluids through the engine and moving the motorcycle a few feet to prevent flat spots on the tires. The winter months might also be a good time to review the owner’s manual for any maintenance that can be accomplished while you’re not riding.

Whether you chose to winterize or decide to ride through the cold, preparation is key to maintaining your motorcycle and staying safe so you’ll be ready to ride in the spring.