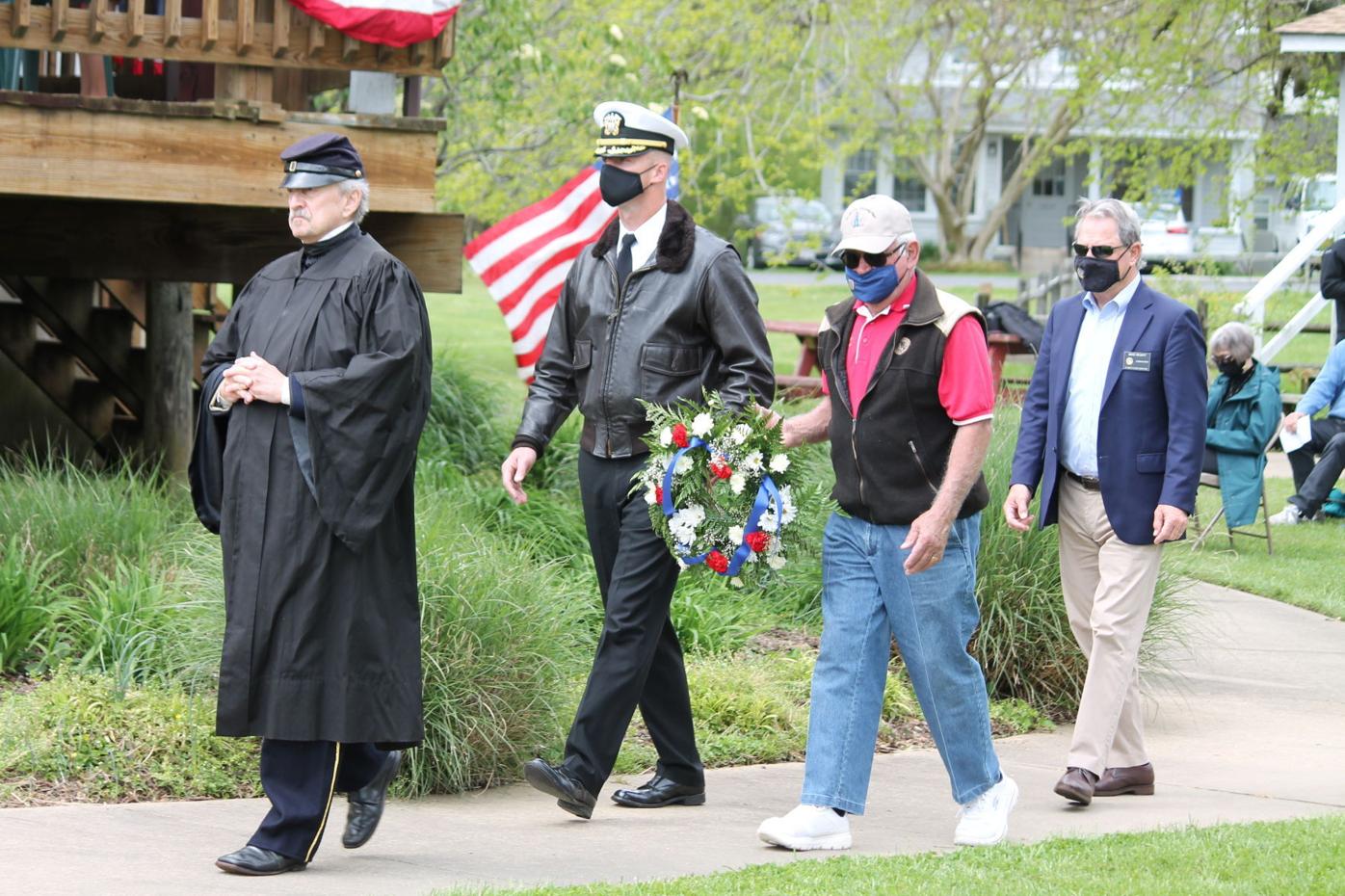 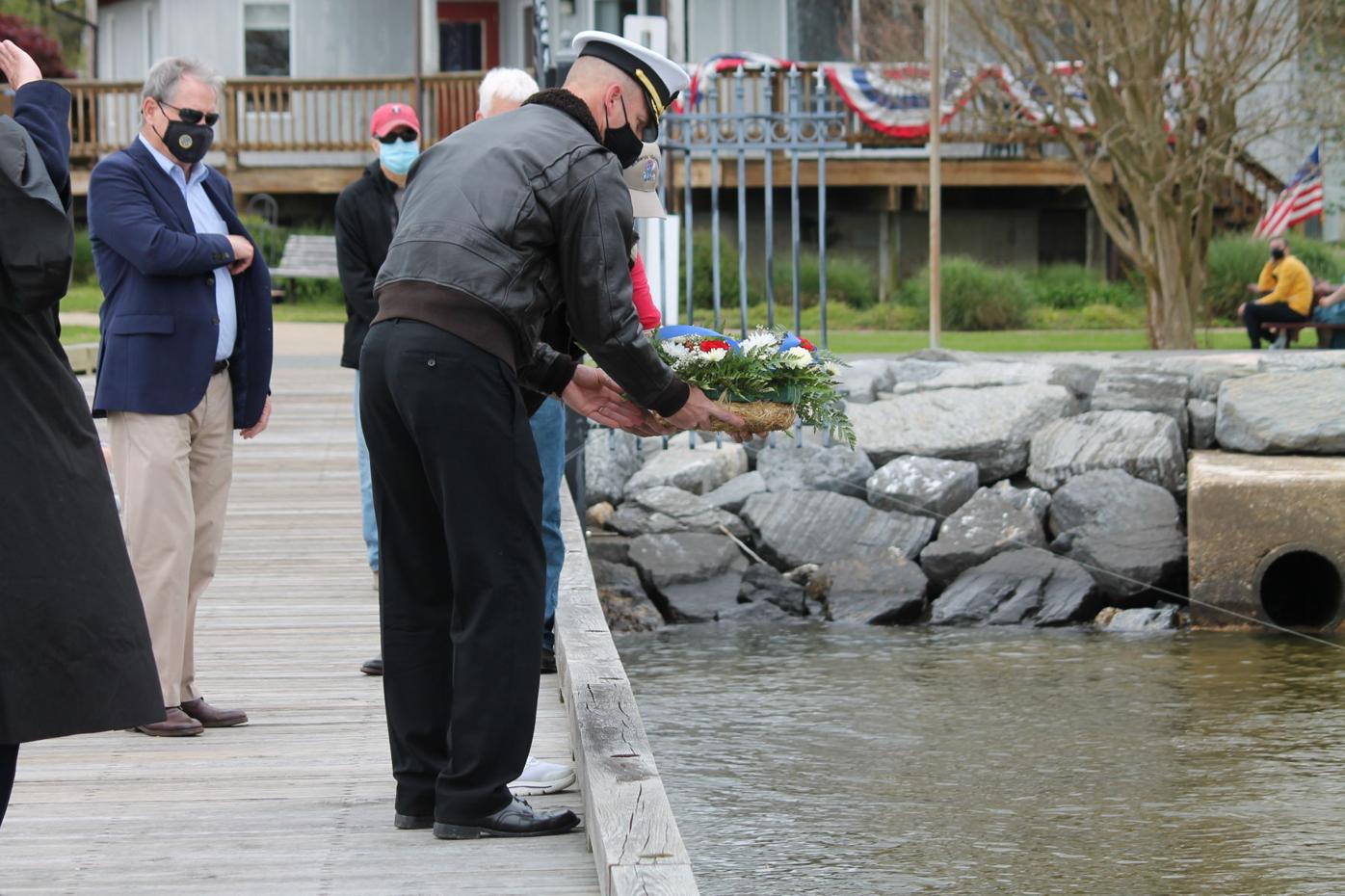 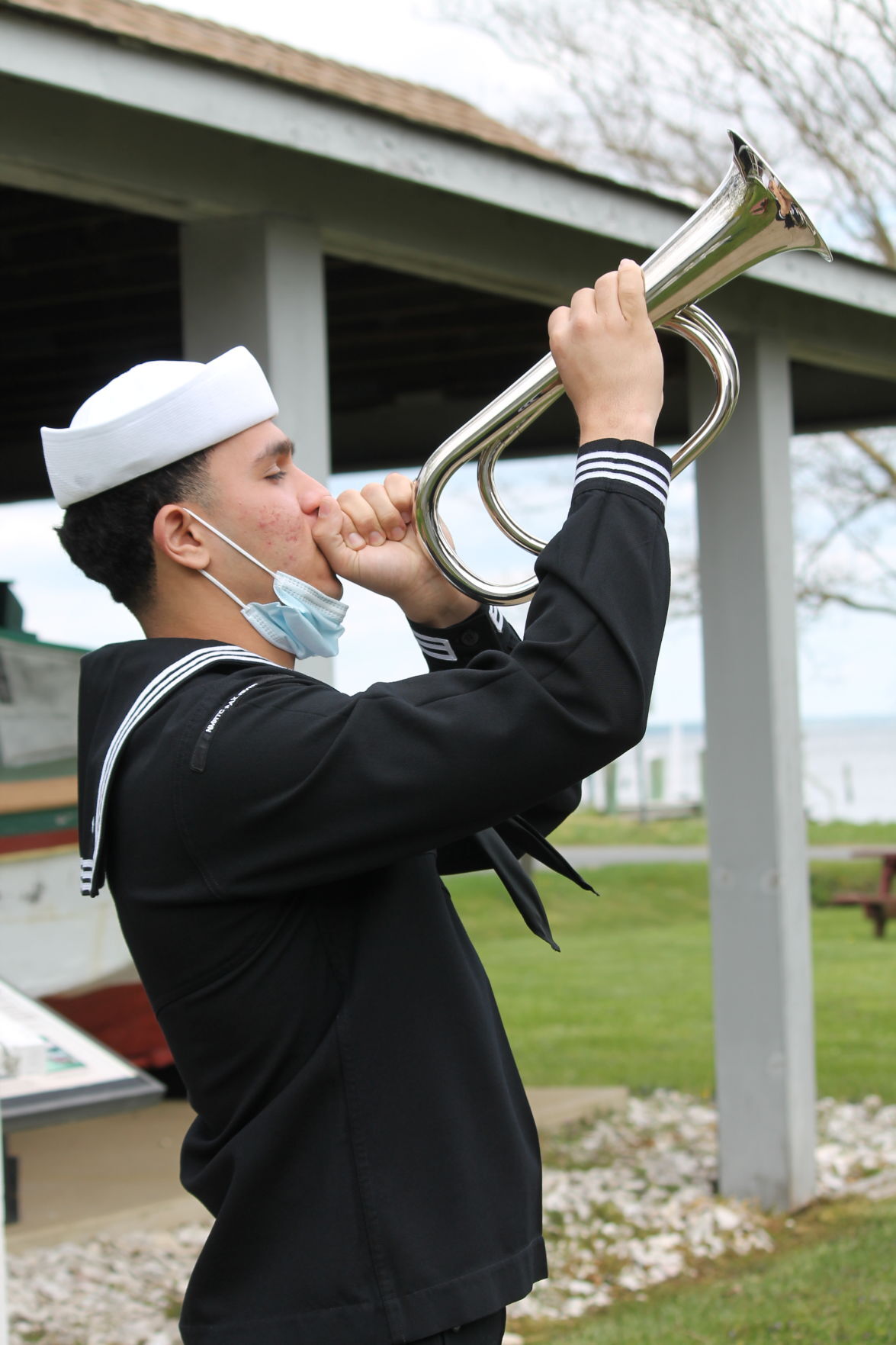 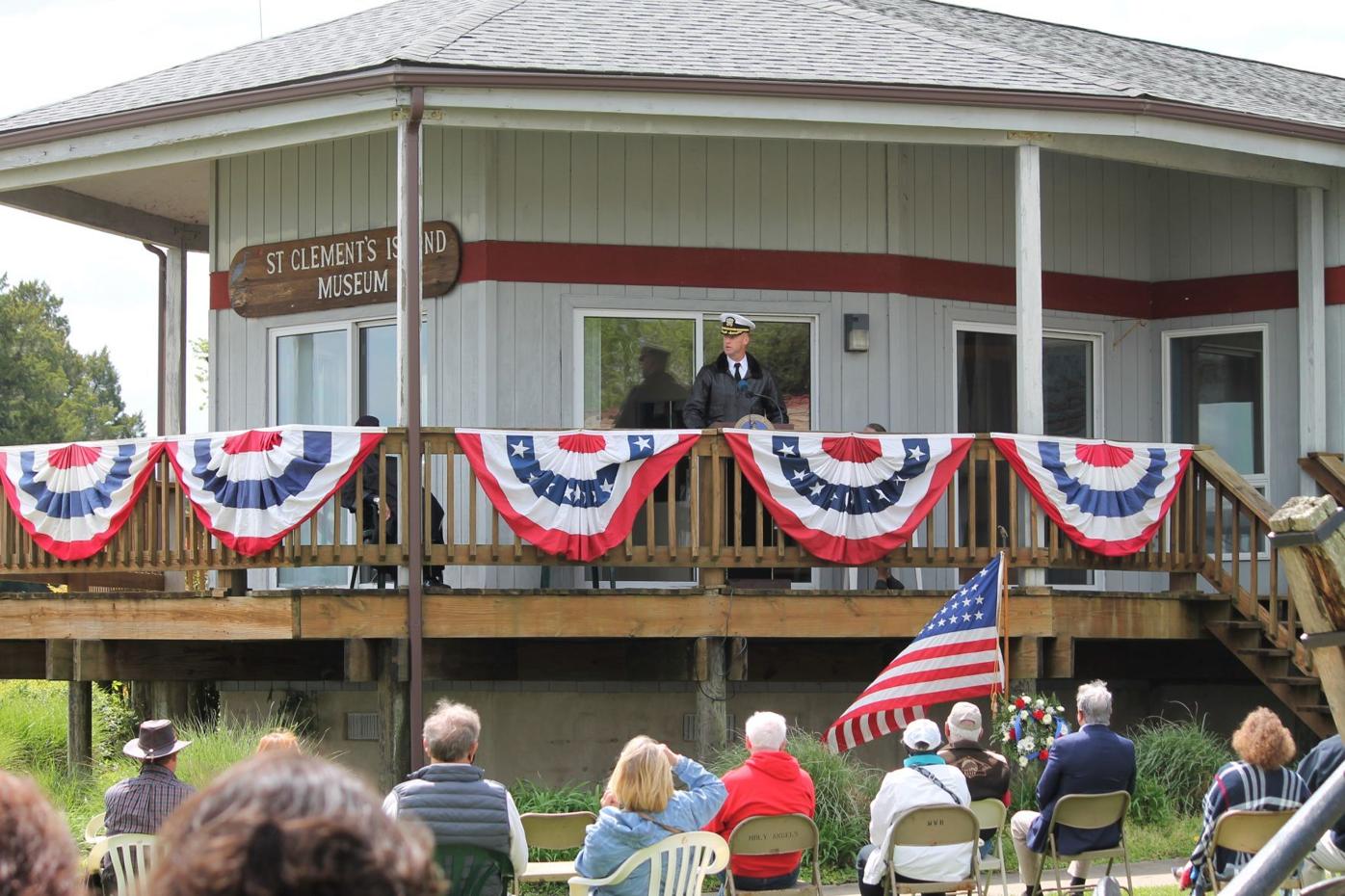 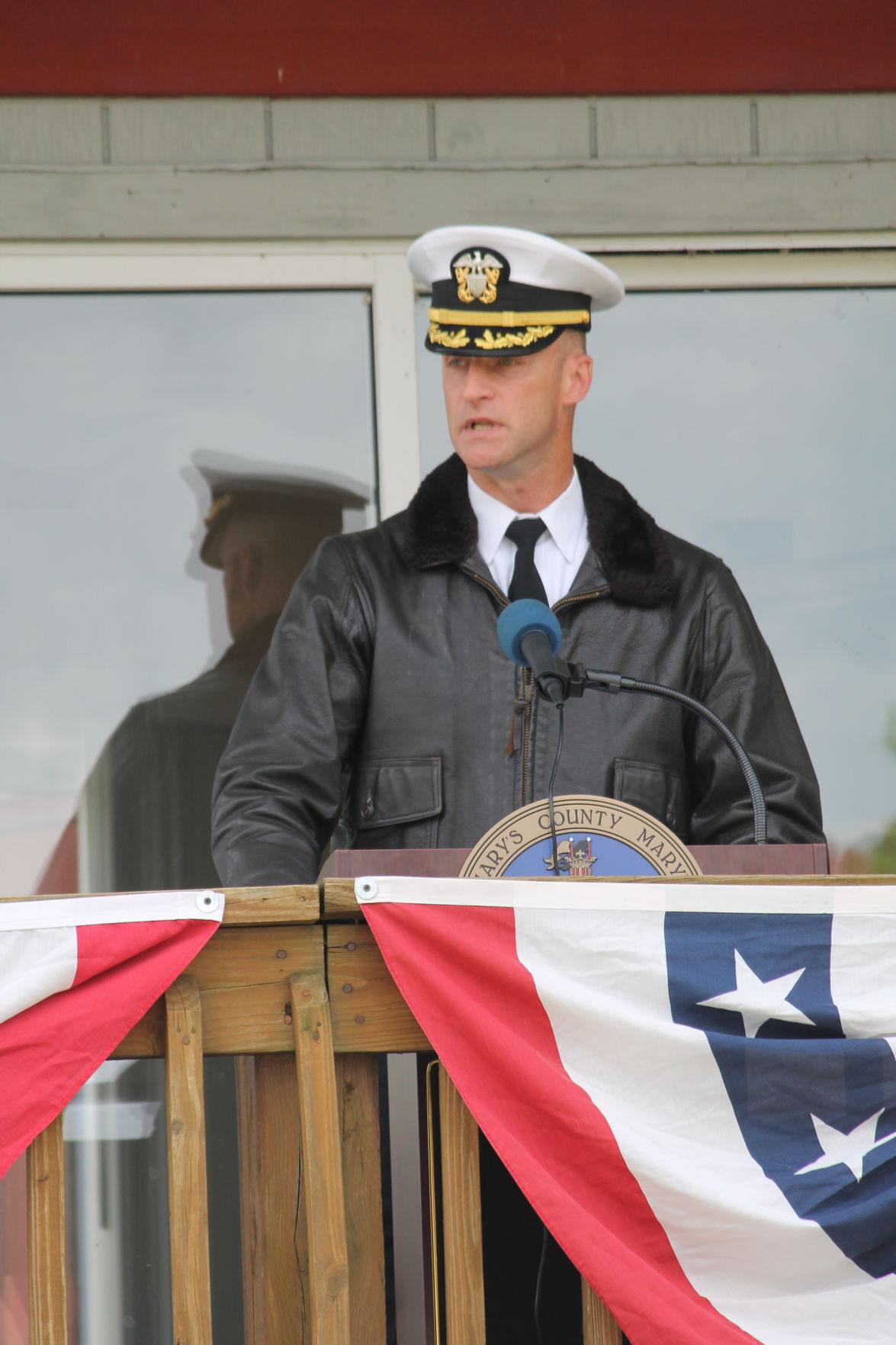 The event commemorated a forgotten tragedy that occurred April 22, 1865 when the barge Black Diamond was sent to stand duty off what is now known as St. Clement’s Island with the task of preventing John Wilkes Booth from crossing the Potomac River. She was struck by the larger side-wheel steamer Massachusetts sometime after midnight and sank in less than three minutes.

Brabazon addressed those in attendance, remembering the 87 lives lost that night, and then was joined by John Guy, president of the Commissioners of St. Mary’s County, and Mike Hewitt, county commissioner, to carry a 100% biodegradable memorial wreath to the nearby pier where the men released it into the waters of the Potomac while Hospital Corpsman Felix Torres played Taps.