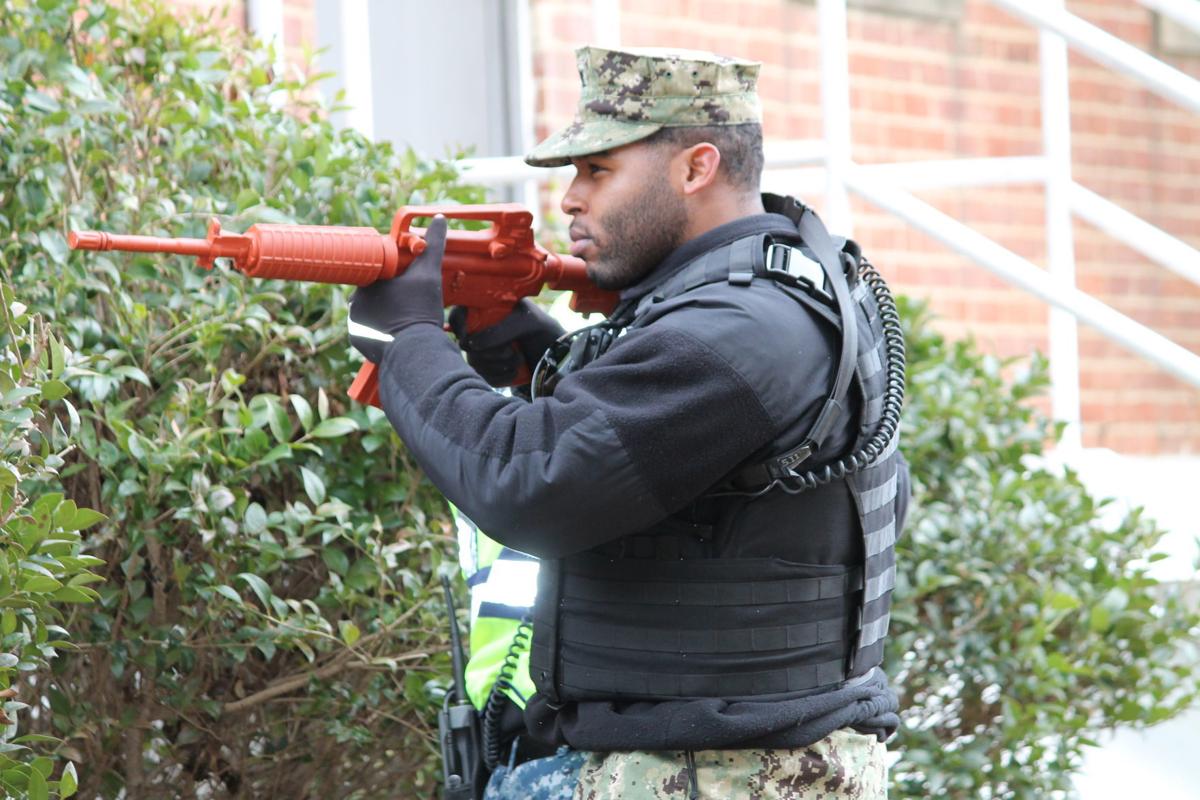 CSSC prompts reminders for keeping ourselves, others safe 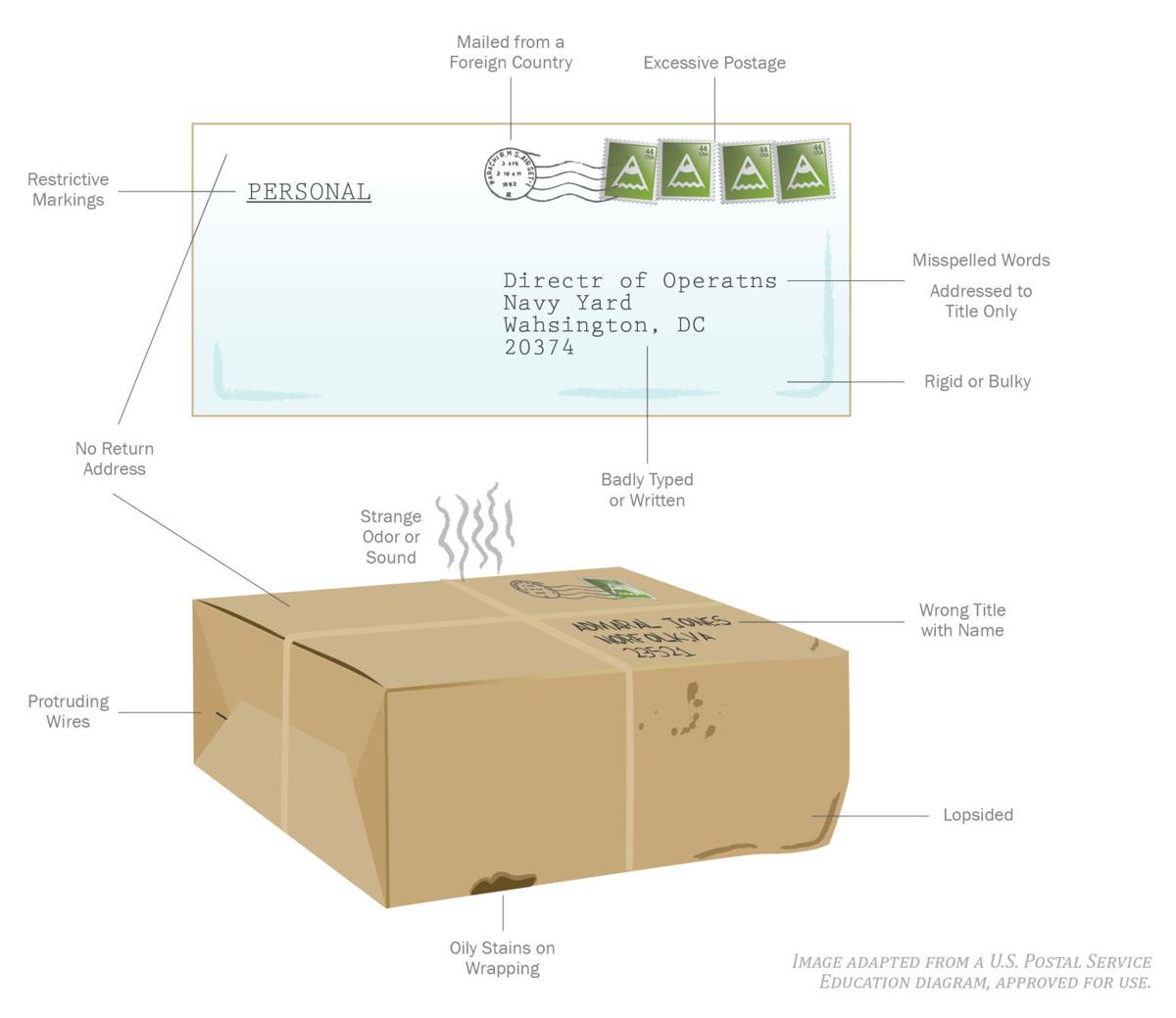 Any of the items noted in this U.S. Postal Service graphic could be indicators of a suspicious package.

CSSC prompts reminders for keeping ourselves, others safe

Any of the items noted in this U.S. Postal Service graphic could be indicators of a suspicious package.

As Citadel Shield-Solid Curtain (CSSC) — the Navy’s annual anti-terrorism, force protection exercise — plays out over this week and next, integrated agencies from across NAS Patuxent River are taking part in realistic scenarios designed to test and evaluate the emergency training and pre-planned response procedures already in place. It can also be an opportunity for personnel living and working onboard Pax River to refresh themselves with what they can do to help keep themselves safe as well as those around them, and how best to respond when an emergency situation is taking place.

Active shooter situations are unpredictable and evolve quickly and, most times, there is no pattern or method to their selection of victims. Individuals must be prepared both mentally and physically to deal with an active shooter situation and should an event ever occur, remember three things: evacuate, hide, and take action against the shooter.

When an active shooter is in vicinity

1. If there is an accessible escape path, attempt to evacuate the premises. Be sure to:

• Have an escape route and plan in mind beforehand

• Leave your belongings behind

• Help others escape, if possible

• Do not attempt to move wounded people

• Follow the instructions of any police officers you encounter

2. If evacuation is not possible, find a place to hide where the shooter is less likely to find you and attempt to prevent him from entering your hiding place.

• Be out of the shooter’s view

• In a room with a door that closes and locks, if possible

• Blockade the door with heavy furniture

• Turn off any source of noise, such as radios, televisions

• Hide behind large items, such as cabinets, desks

• Dial 911, if possible, to alert police to the shooter’s location

• If you cannot speak, leave the line open and allow the dispatcher to listen

3. As a last resort, and only when your life is in imminent danger, attempt to disrupt and/or incapacitate the shooter by:

• Yelling and acting as aggressively as possible against them

• Committing to your actions

Law enforcement’s purpose is to stop the active shooter as soon as possible and officers will likely arrive in teams, wearing protective gear and carrying weapons.

• Put down any items being held and immediately raise hands and spread fingers, keeping hands visible at all times

• Avoid making quick movements toward officers, such as holding on to them for safety; avoid pointing and yelling

• Do not stop to ask officers for help or directions when evacuating, just proceed in the direction from which the officers are entering the premisis

• Once you’ve reached safety, do not leave until law enforcement authorities have instructed you to do so

• Provide as much detailed information as you can about the situation

Personnel at Pax River can play an important role in keeping our installation safe by being aware of their surroundings and reporting to the security department any suspicious activity, packages or persons they may observe.

What is considered suspicious?

• Vehicle parked in an odd location

• Use of non-traditional aircraft around base, such as small drones

How to report an observation:

• In an immediate emergency situation, phone 911

• According to the CNIC website, suspicious activities at any installation can also be reported by phoning the Naval District Washington Dispatch Center at (202) 433-3333

• Indoors, if you decide a package is suspicious, leave it alone. Tell your supervisor and clear the area before calling security

• Make the call from a desk phone; don’t use a cell or any device that transmits a signal as that can activate an explosive device

• Outdoors, call security and keep your distance from the package; take note of anyone who may be watching the package or doing something inconsistent in the area

• For suspicious individuals or activity, phone security and describe in as much detail as possible who or what you saw, when you saw it, where it occurred and why it’s suspicious

For more detailed information — pamphlets, videos, training, etc. — on any of the above, visit the Department of Homeland Security at www.dhs.gov and search any topic.