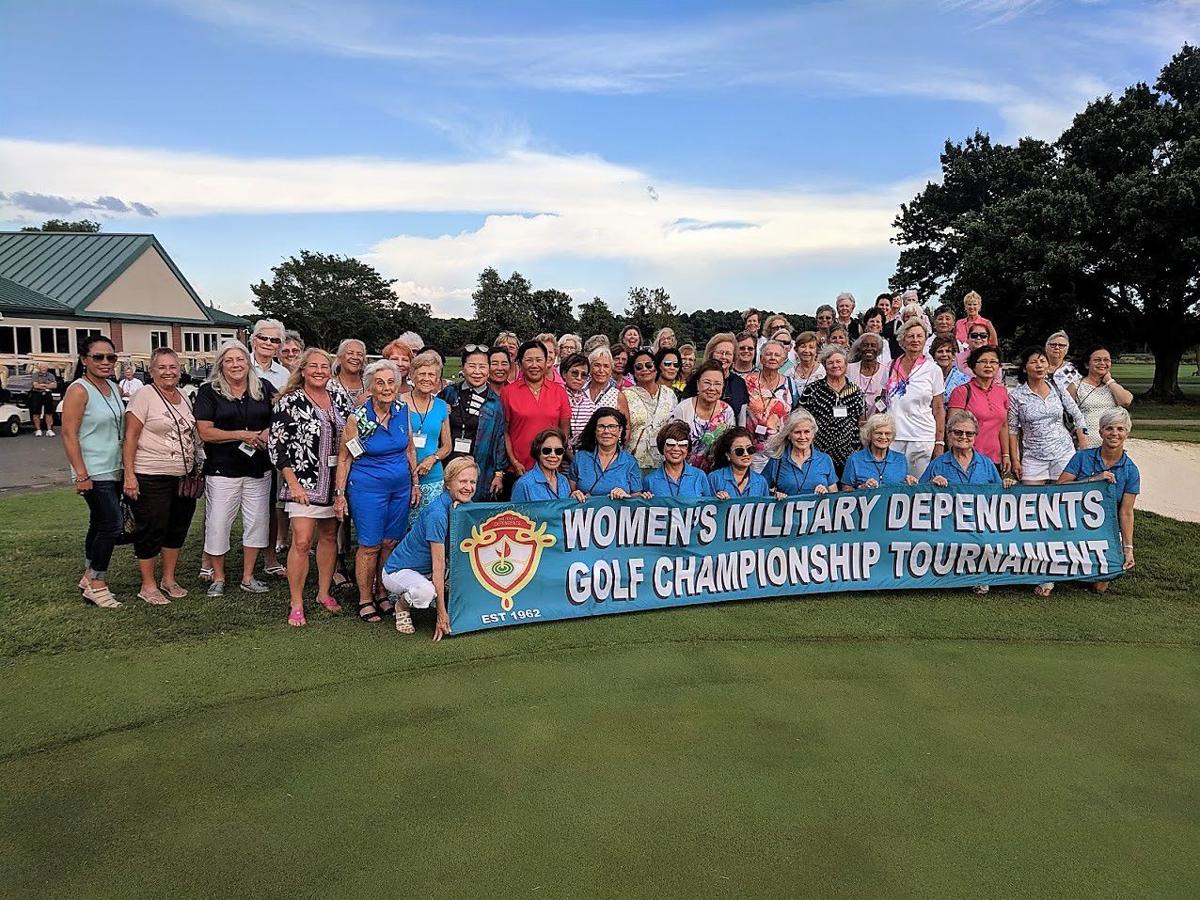 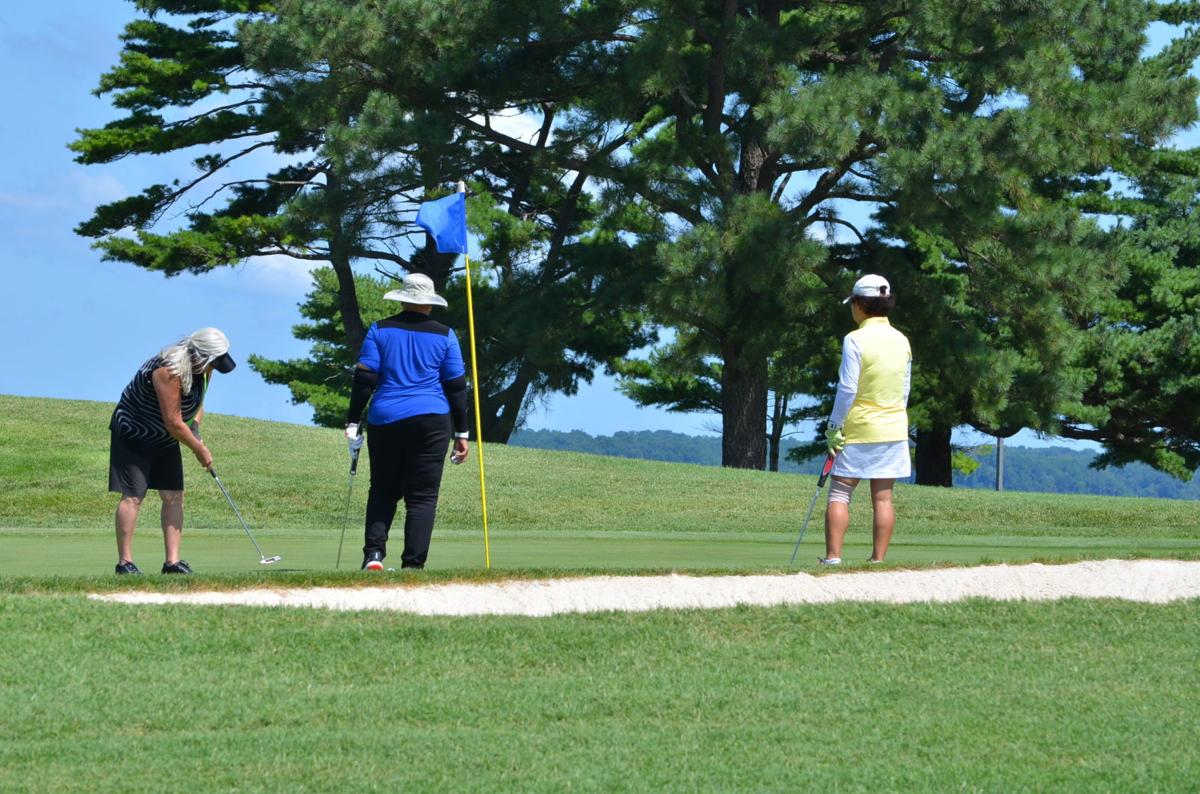 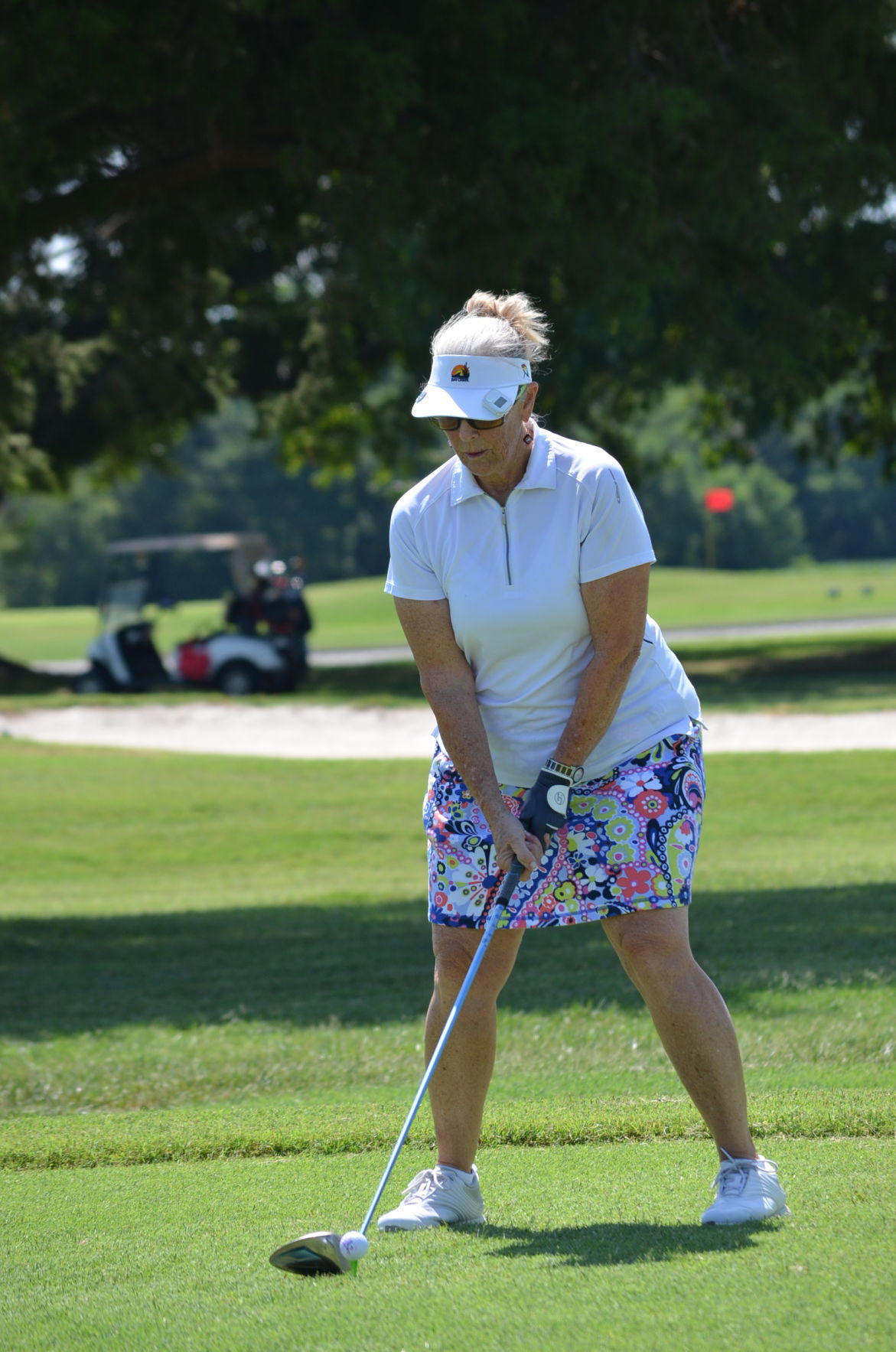 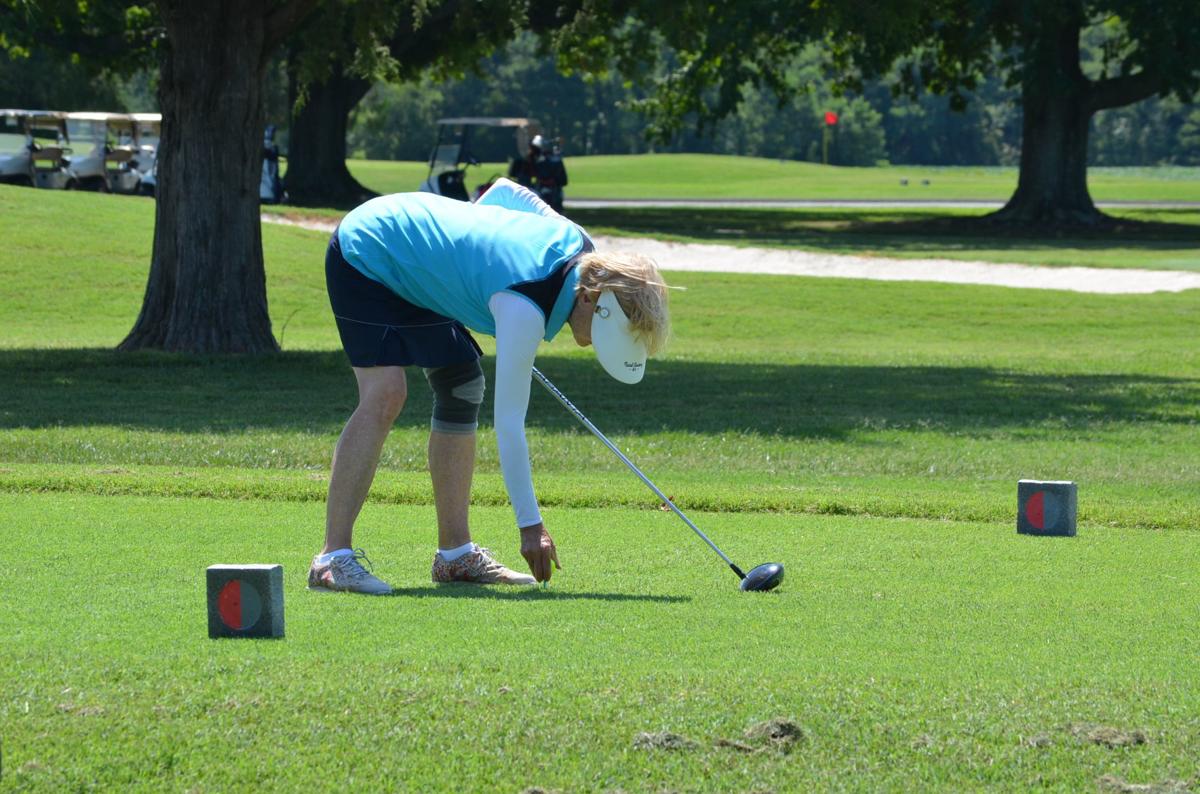 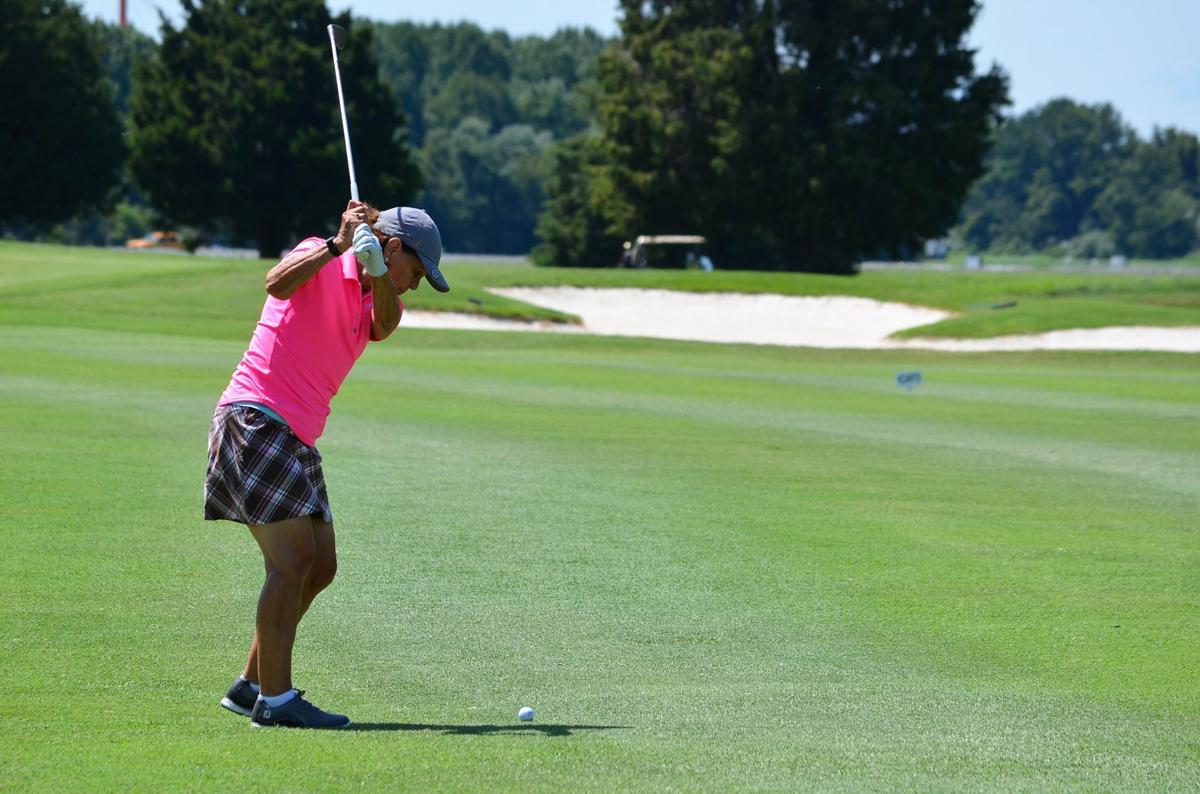 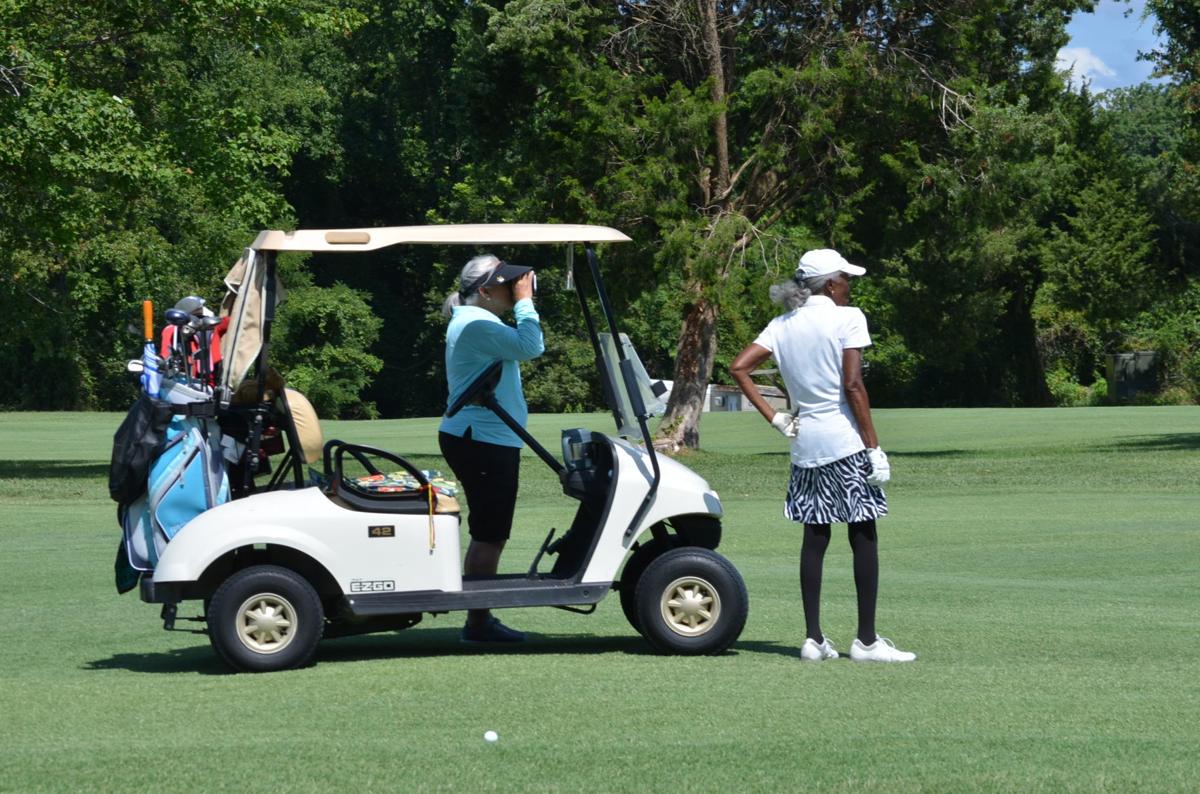 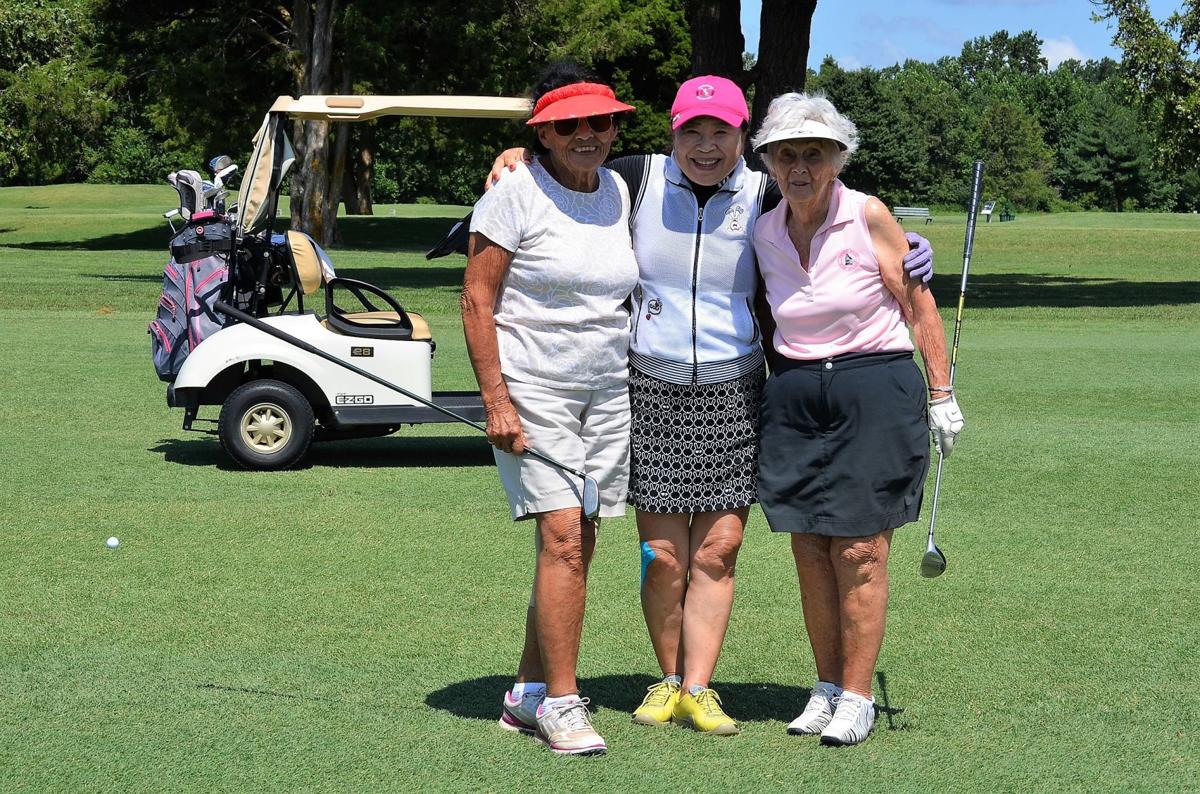 Sixty-two golfers from around the country hit the links at the NAS Patuxent River Cedar Point Golf Club for the 58th Annual Women’s Military Dependents’ Golf Tournament July 24 and 25.

The event was open to female amateur golfers, 18 years or older, who are dependents of active duty, retired, reserve, or deceased service personnel of the U.S. Air Force, Army, Marine Corps, Navy and Coast Guard.

“We didn’t have anyone representing the Coast Guard this year, but we did have dependents from every other branch of the military,” said Kevin Conlon, golf course manager and head golf professional. “Some of the golfers have competed in this event for more than 30 years. Our oldest competitor this year was 92 years old.”

It was the first time Cedar Point hosted the event, which rotates among the five services at different military installations across the country.

“You have to bid for the tournament and you must have facilities big enough to host it, including an 18-hole course that’s easily accessible for travel,” Conlon explained. “We were thrilled to host. The weather cooperated brilliantly and it was beautiful having these ladies from all over the country playing our course.”

As is customary, a local golfer from the host course helps coordinate the event and, this year, that person was Kimbra Benson, a Marine Corps spouse, who only heard about the tournament herself eight years ago.

“I’ve enjoyed playing in it ever since, so when I was asked if I’d be interested in coordinating the tournament at my home base, I was honored to do it,” Benson said. “I had a committee of volunteers who helped me every step of the way and each took on different tasks and ran with them. It was definitely a team effort.”

Although the golfers ultimately enjoyed two days of perfect weather, the first round of golf was cancelled due to rain.

“We opted to cancel the first round and the women had the option of playing anyway or being refunded,” Benson explained. “If they chose not to take the refund, we planned to donate the money to Fisher House, a network of comfort homes where military and veteran families can stay at no cost while a loved one receives medical treatment. About 24 golfers did play, but not one of those who didn’t play requested their refund, so we’ll be making a donation in that amount.”

A highlight of the event was a 104-yard hole-in-one on the 14th by Mala Zarsoza, whose husband is in the Air Force.

“A hole-in-one is unusual; you don’t expect to get one,” Benson noted. “The lady who got it was a first time participant and she did it on a hole with a very difficult pin placement. It took a very special shot.”

The top finishers were Overall Low Gross Champion Carrie Campbell-Wood, a Navy spouse; and Air Force spouse Suk Williams as Overall Low Net Champion (which accounts for a handicap). The tournament wrapped up Thursday evening with an awards ceremony and banquet held at River’s Edge.

Benson mentioned the golfers were extremely pleased with their experience aboard Pax River.

“Several told me it was the best event ever,” she added. “The food provided by River’s Edge was wonderful and many raved about the scenic golf course and its beautiful condition; and of course they mentioned the Cedar Point staff who were so helpful and friendly and went over and beyond to make it enjoyable.”

Benson also recognized the surrounding community for its support.

“We had a lot of sponsorship from the community, both organizations and individuals,” she said. “And the extras we provided would not have been possible without them.”

Next year, the women will compete at the Marine Corps’ Kaneohe Bay Klipper Golf Course in Hawaii; and for the 60th anniversary in 2021, the event returns to Joint Base Andrews, Maryland, where it had its debut in 1962.