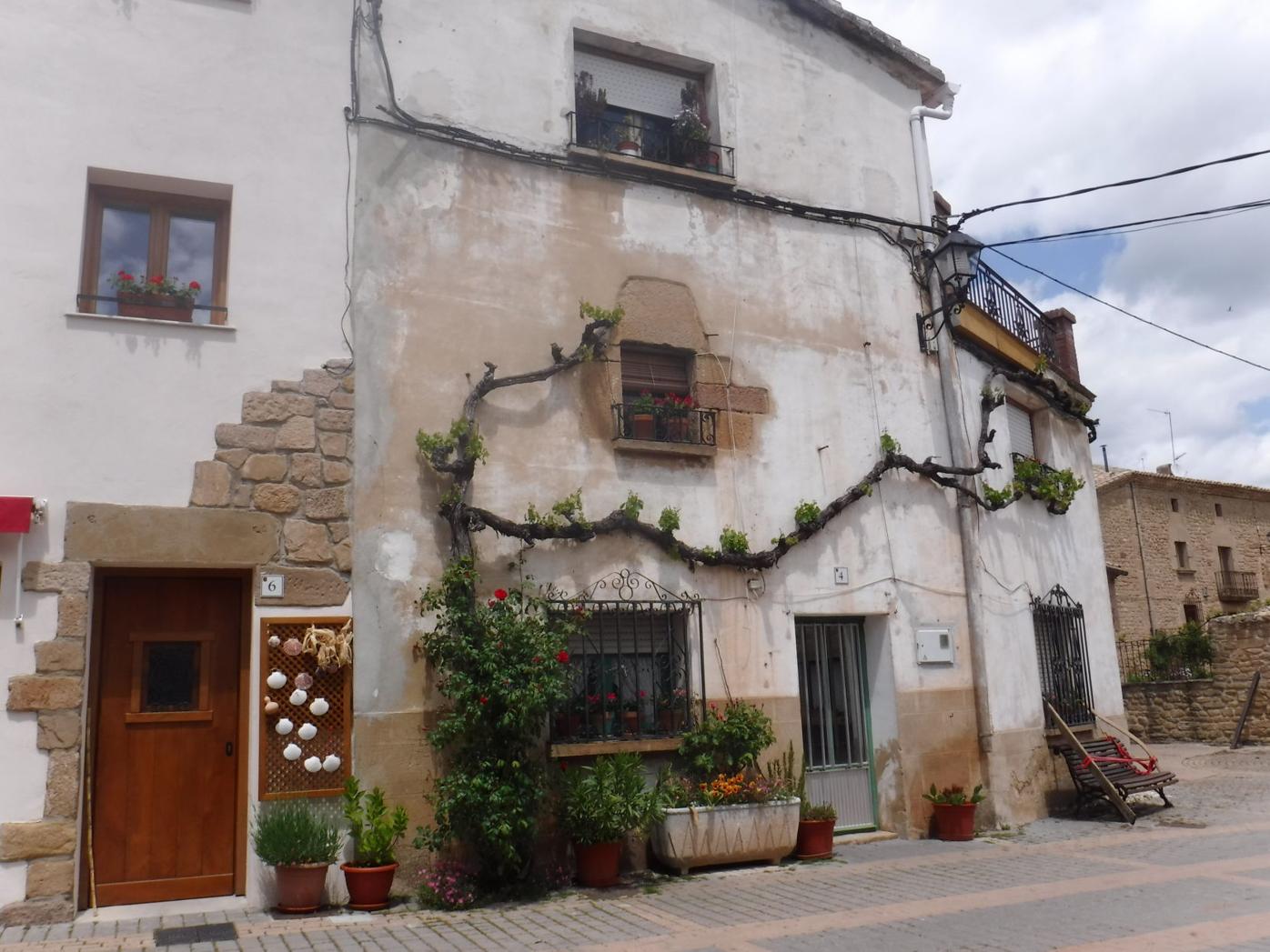 A Spanish albergue or pilgrim’s hostel entrance adorned with the scalloped shells of the pilgrims by the door. 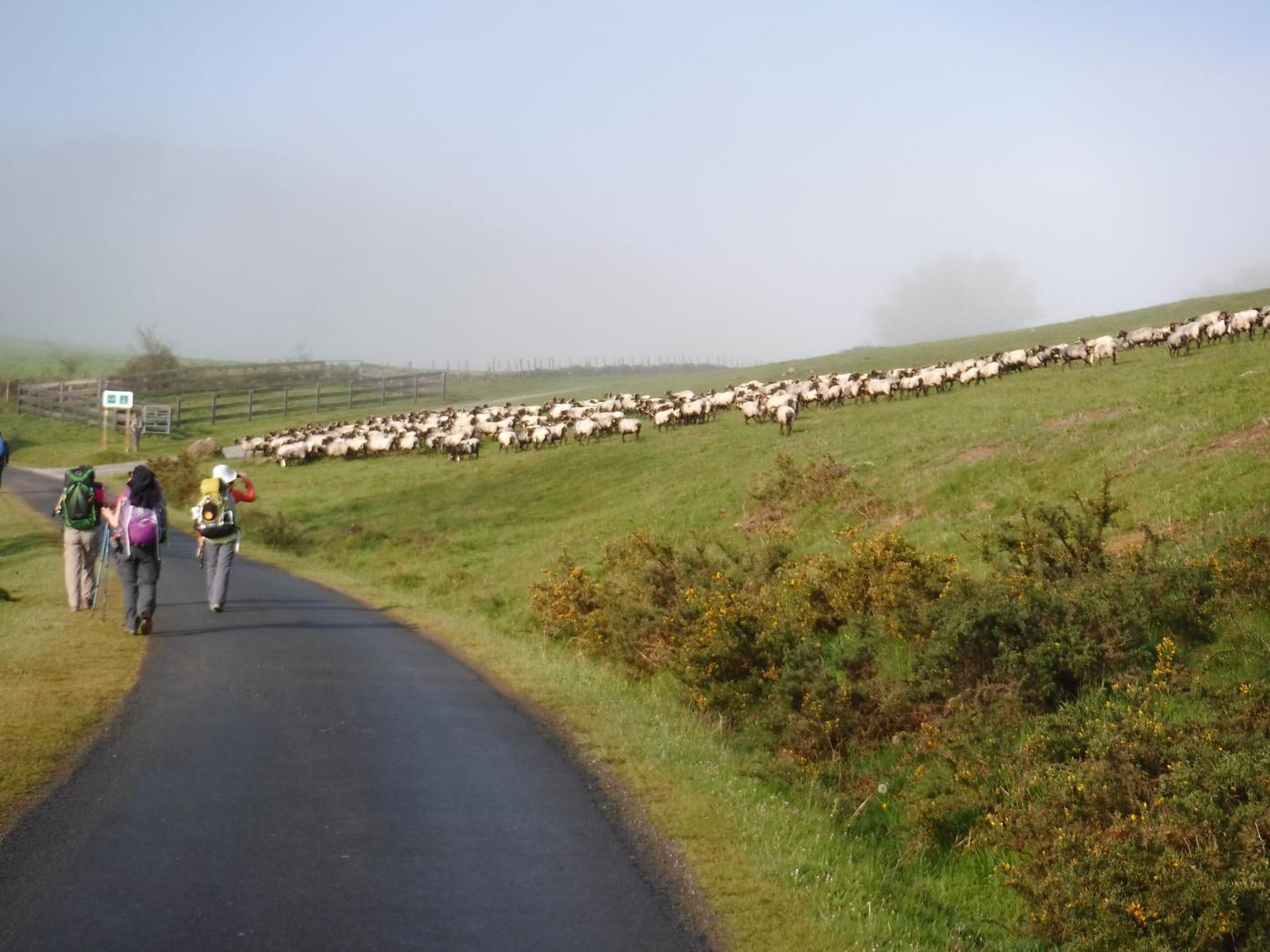 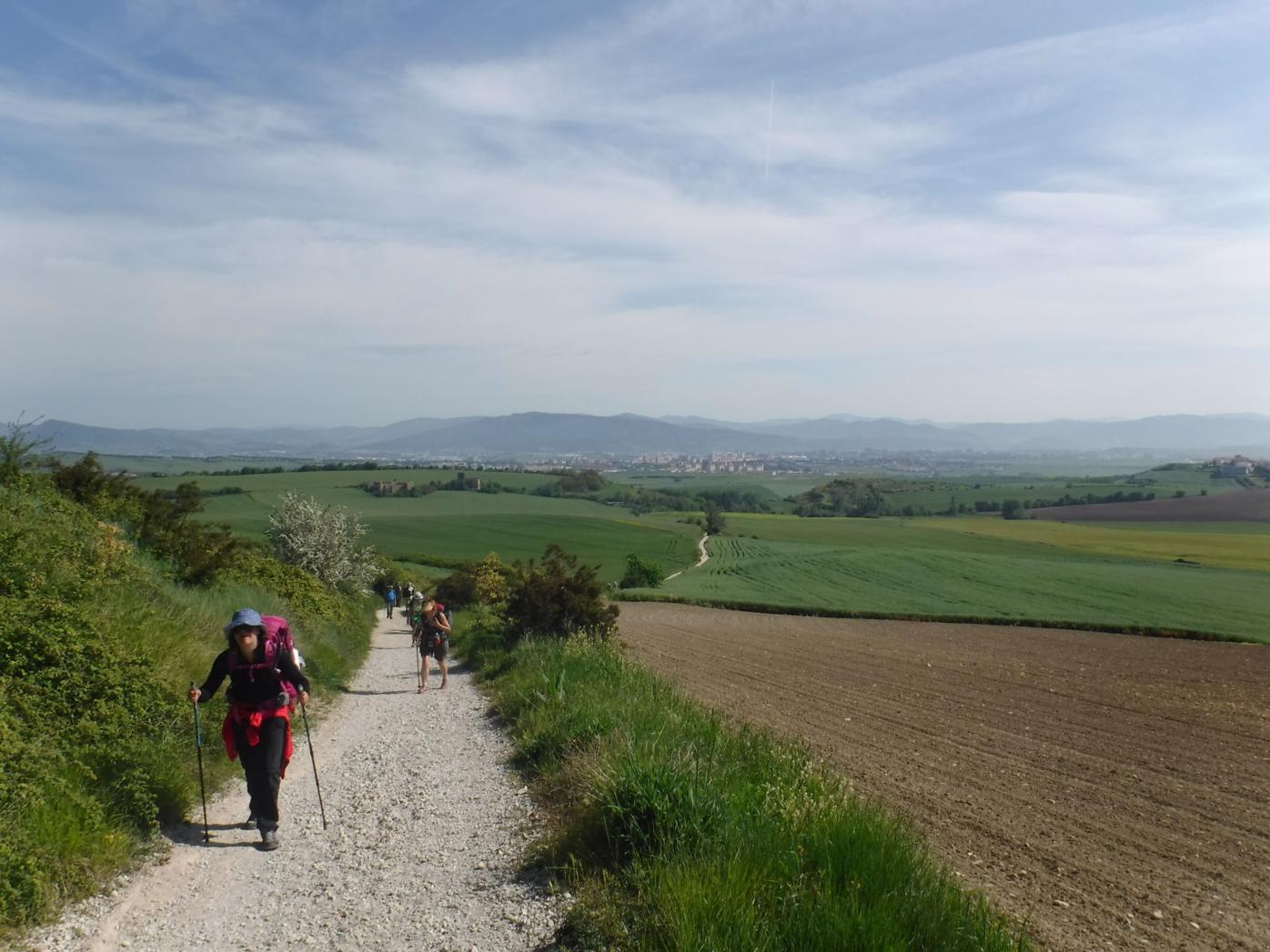 A Spanish albergue or pilgrim’s hostel entrance adorned with the scalloped shells of the pilgrims by the door.

It’s often said that the journey of a 1,000 miles begins with the first step. For Bob Brooks, Naval Support Activity South Potomac (NSASP) chief of police, it was a 40-day, 500-mile journey of a lifetime through the Grand Pyrenees mountain range in northern Spain on the legendary Camino De Santiago.

Also known as the Way of Saint James, the Camino finds its roots in the Middle Ages, when Christian believers made pilgrimage to the Cathedral of Santiago de Compostela via one of a dozen or more routes, to pay homage to the relics of Saint James.

Brooks was inspired several years ago after watching a movie, “The Way,” based on one man’s journey through the Camino, to learn more about the pilgrimage.

“It [the movie] planted a bug for me,” Brooks explained. “I did some research and learned more about it [the Camino De Santiago] and wanted to make the journey that hundreds of thousands of others have made.”

A friend’s retirement was the catalyst that helped set Brooks’ adventure in motion. That friend and his wife, along with Brooks and his fiancé and another friend, decided to make the dream a reality.

“We planned and we saved and I saved up 40 days of leave and we just launched over there,” Brooks said.

Upon arrival, Brooks and the other wayfarers, like thousands of pilgrims before them, received a Camino passport and a scalloped shell. The passport provided a form of credential where the travelers could authenticate their journey with stamps from hotels, restaurants and other businesses along the route. The scalloped shell, a centuries old symbol of the pilgrimage, was attached to their backpack identifying them as a pilgrim.

One Foot in Front of the Other

To prepare for the grueling walk, Brooks began walking with a rucksack as often as he could, pacing around Naval Support Facility (NSF) Dahlgren and hitting the local Dahlgren Railroad Heritage Trail on the weekends.

“They say to prepare for the trek and I didn’t take that as seriously as I should have. I thought ‘I’m an former UDT/SEAL, I can do this no problem,’” Brooks shared. “The walk itself kicked my ass. I thought I was in good shape but it was kind of an ego crusher. It was a real humbling experience.”

Once acclimated to the demanding trek, Brooks and his friends walked anywhere from five to eight hours a day over the course of the 40-day experience, spending nights at the local albergues – special hostels for the road-weary pilgrims to rest and refresh along the way.

Clean Sheets and a Hot Shower

Those simple and economical lodgings provided the basics of life, and occasionally included what is known as a “pilgrim’s meal” with their stay. The basic accommodations included clean sheets, a hot shower and a place for travelers to wash their limited selection of clothing. To most wayfarers, this simple existence soon becomes a part of the lessons learned from the Camino.

For many European travelers, the Camino is a cheap vacation, more of an adventure than a relaxing week in the mountains. The simple accommodations paired with the grueling trek, however, are not geared for those looking for the luxury of a hotel.

The travelers had to be out of the albergue each morning by 8 a.m. and many would leave much earlier to ensure a bed at the next stop. A quick breakfast on the route and a stop for lunch before the towns closed down for siesta soon became part of the routine.

Embracing the concept of a pilgrimage, Brooks began to appreciate the monastic existence.

“It was kind of a neat rhythm. The only thing you have to worry about in life is getting up, eating, walking, resting and doing it over again. The beautiful countryside and the amazing people just added to the experience,” Brooks shared.

Less is More or How the Camino Provides

Many walkers come to the Camino laden with much more than the trip really requires and after a few days into the journey, many either mail back the excess or leave it for others who might need it along the way.

It has been said that all you really need for this particular journey is a good pair of shoes and a hat. While Brooks had a bit more with him than that, he soon realized that much of what he brought with him was unnecessary and whatever they didn’t have with them that they needed, they managed to find.

“Folks talk about the ‘Camino Miracles.’ Whatever you need, the Camino provides,” Brooks explained. “If you lose a buckle on your pack someone will have one to give; if you are hurt or injured someone will come along who can take care of you; if you need money someone is going to give it to you; if you are low on food someone will feed you… it’s just automatic. It’s just a weird and wonderful thing.”

Many travel the Camino as a group, but Brooks explained that while you may be with others, your journey is your own.

“What was most valuable to me and I think to everyone who walks it is the alone time,” Brooks said. “Whether you’re walking with a group or not, you’re still essentially doing your own journey. Everyone has their own challenges and history and things they have gone through. All of that replays as you walk. You sort through a lot of stuff out there.”

Brooks explained the three phases that most go through as they make their way through the mountainside. The first is the pain stage — the body acclimates to the pace and walkers experience soreness, blisters, muscle pain and fatigue. The second is the emotional stage, described above where walkers relive experiences and sort through emotional issues. The last stage is spiritual in nature.

“The final stage is kind of a spiritual stage where you’re just at peace with yourself and you come to realize you don’t need a lot to be happy,” Brooks said. “At that point, life is just a beautiful thing in its purest simplistic form. It was really just a remarkable experience.”

At the end of his 40-day sabbatical, Brooks was tired but exhilarated and is looking forward to possibly venturing out again to the Camino De Santiago, but this time via the Portugal route. His time in Spain, however, will always be a memorable experience.

“The Spanish people are amazing,” Brooks added. “That scalloped shell on your pack signifies you are a pilgrim and you are treated as part of their community. The scenery is just breathtaking but the people really make the trip. Through the Camino I met people from Spain, France, Russia, the Ukraine, Ireland, Scotland, China, Japan and Australia. I met someone from just about everywhere and everyone is of the same mindset, the same community. It sounds corny but it was really just an amazing thing.”