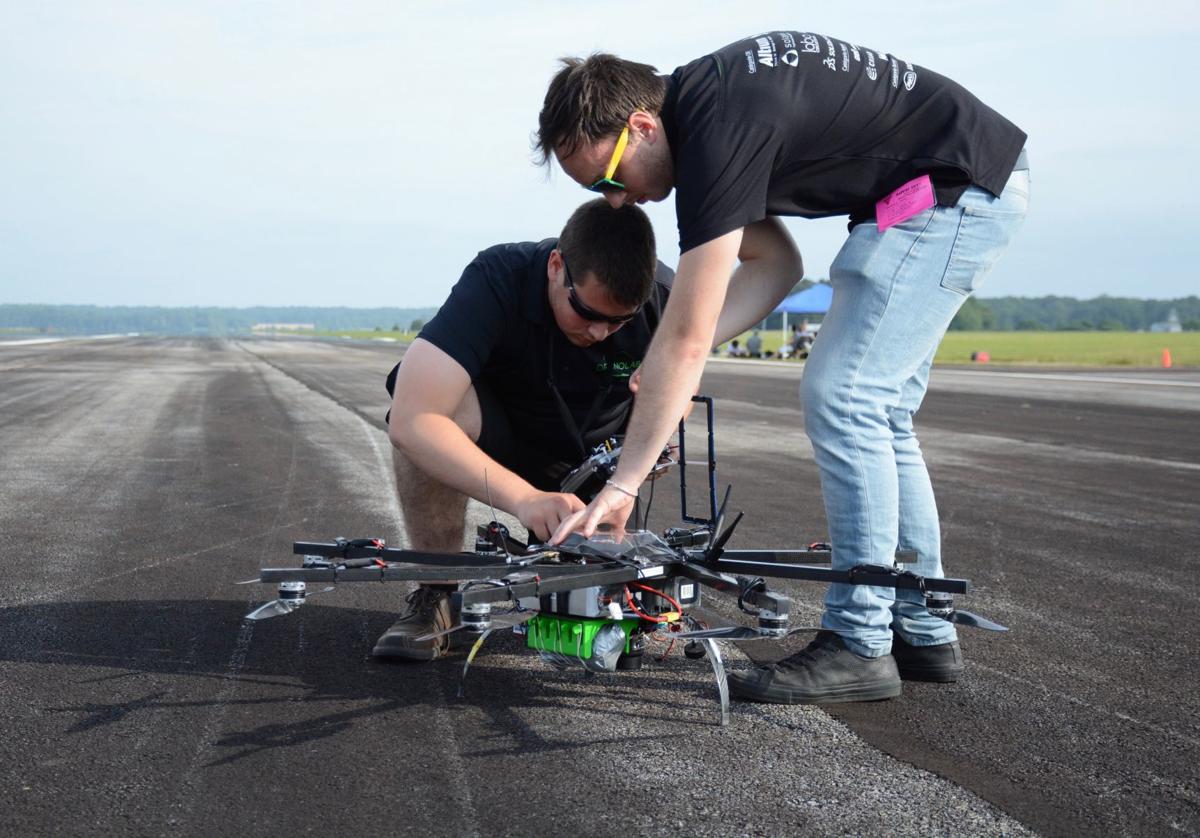 In this photo from 2017, participants ready their unmanned aircraft system (UAS) for flight during an annual student competition held at Webster Field. Drone operators, whether hobbyists or commercial, must seek permission to fly in NAS Patuxent River’s airspace and operation is not allowed within the fence line. 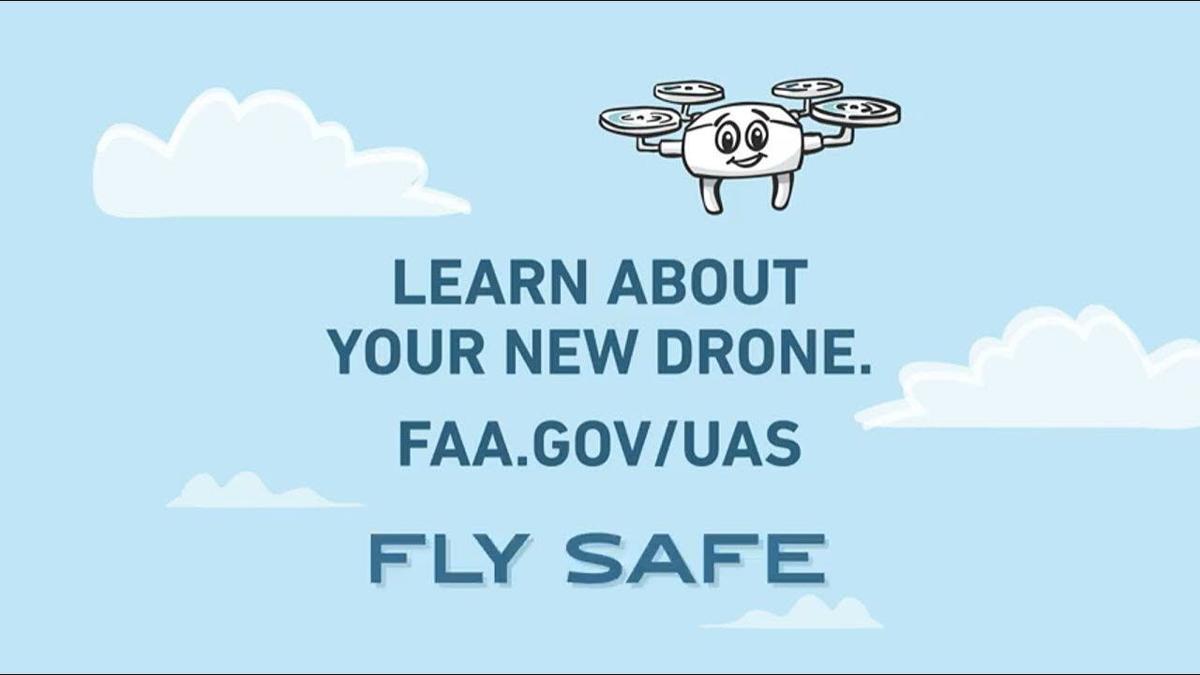 In this photo from 2017, participants ready their unmanned aircraft system (UAS) for flight during an annual student competition held at Webster Field. Drone operators, whether hobbyists or commercial, must seek permission to fly in NAS Patuxent River’s airspace and operation is not allowed within the fence line.

The Federal Aviation Administration (FAA) reports there are more than a million and a half unmanned aircraft systems (UAS) – better known as drones – registered in the United States as of Dec. 10, 2019.

Drones can be anything from small toys operated by hobbyists in their own backyards, commercial systems used by realtors and contractors, or the large Department of Defense unmanned aircraft found at Pax River. But regardless of the type of drone being flown, all drone operators must receive permission before flying near any airport – and that includes Pax River’s controlled airspace.

“The Patuxent River Class Delta airspace is a five-mile radius up to 2,500-feet and associated restricted areas; however, we are also responsible for all airspace south of St. Mary’s Airport on the peninsula down to the surface,” Green explained. “People need to register their drones and all operators must request and receive permission before flying their drones anywhere in Pax River’s airspace.”

What to know before you fly

Drones are generally classified by the type of operation they’re performing and those owned by individuals usually fall into one of two categories: Part 101, the hobbyist flying for enjoyment; or Part 107, an operator flying for work, business purposes, or for compensation or hire – and both have different flight rules.

“The first thing any operator should do is make sure they go to FAA.gov/UAS for the rules, regulations and safety tips regarding drone flying,” Green said. “They can find whatever information they need there.”

On the website, in addition to finding links enabling visitors to register a drone or view a webinar series, under “Resources & Other Topics,” the Policy Document Library is where all the regulations, policy and guidance pertaining to UAS can be accessed.

Once operators have familiarized themselves with the FAA rules and regulations, anyone wishing to fly within Pax River’s airspace must request permission from the UAS Airspace Coordinator in Air Operations at 301-342-3836 who will then initiate the necessary paperwork to be completed.

“I need to know the date, time, altitude and location of the flight,” said Green, who will check the information provided against scheduled military operations before permission can be granted. “I’ll fill out a letter of approval and return it with our information and provisions and how to be in touch with us in case someone’s drone loses its link.”

“A lot of our helicopters are low flying,” he said. “All of our final approaches go over housing developments, so we want to make sure people aren’t illegally flying their drones and endangering our pilots. We’re not here to be the drone police, our primary goal is keeping our pilots safe, and we have to make sure nothing is happening in a particular area at that time.”

“Recently, there was a drone in use related to repairs on the Thomas Johnson Bridge and we had a Notice to Airman (NOTAM) in the system to let pilots know about the situation,” Green added.

Hobbyists are usually only able to operate on weekends because so much is going on in Pax River’s restricted areas during the week, but even when permission is granted to fly – on any day of the week – that permission can be canceled at any time.

“If we tell them they can fly, but one of our restricted [airspace] areas goes exclusive, we can call them and ground their drone midflight until the completion [of our military operation], or reschedule them for another day,” Green said.

Most of the requests Green receives come from 107 pilots such as realtors, sports shooters, construction companies, or to record community events; and he believes he doesn’t receive enough requests for the activity he knows exists in the community.

“I think people don’t realize how much they can endanger a pilot and, in the future, my plan is to develop a community outreach program through the St. Mary’s County Sheriff’s Department to work with them on educating the public about UAS operations. Fortunately, to date, there have been no UAS incursions or incidents [at Pax River] in the three years of the program’s existence.”

Taking photographs or videos of military installations is illegal, and in the event an unauthorized drone is found flying, installation security has the authority to confiscate it and maintain it as evidence of possible criminal activity.

“If a drone is discovered within the airspace of Pax River, it can be confiscated on behalf of the FAA and provided to NCIS for further investigation as evidence,” explained Pax Security Officer Lt. Jesse Izdepski. “No drones may fly within Pax River’s fence line – and that includes Webster Field and NRC Solomons – because they’re all considered military installations.”

In fact, Green added, anyone found carelessly or recklessly flying a drone may face an FAA fine up to $27,500 in civil penalties and up to $250,000 in criminal penalties.

“It’s important for operators to educate themselves about drones and the safety of our national airspace so they don’t hurt anyone,” Green said. “Because that’s what’s important.”

Information on drone operation and safety can be found at the following:

The FAA’s UAS Data Delivery System. All UAS operators are encouraged to review the UAS-specific data and information provided on this website before operating.

Easy-to-use smartphone app available for Apple and Android users that provides a clear status indicator that immediately shows whether drone operations are prohibited based on the user’s current or planned location. For more information, search it on the FAA website.

UAS operators seeking to fly within Pax River’s controlled airspace must first contact the UAS Airspace Coordinator for permission at this number.