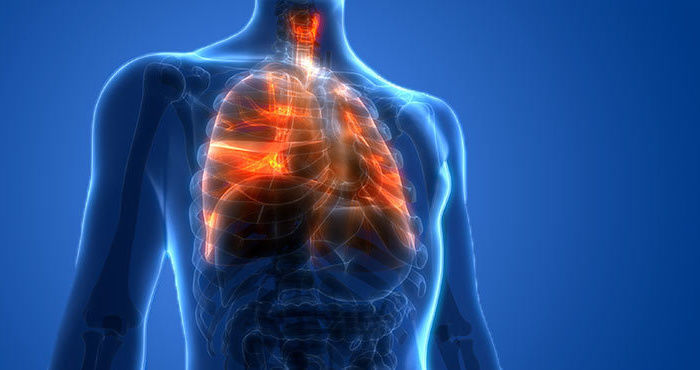 CDC, the U.S. Food and Drug Administration, state and local health departments, and other clinical and public health partners are investigating a multistate outbreak of lung injury associated with use of e-cigarette or vaping products. 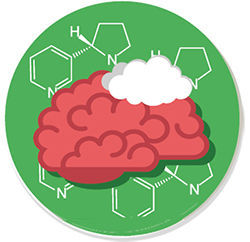 CDC, the U.S. Food and Drug Administration, state and local health departments, and other clinical and public health partners are investigating a multistate outbreak of lung injury associated with use of e-cigarette or vaping products.

For decades, health campaigns have showed the negative effects of smoking cigarettes, but when e-cigarettes were manufactured, some individuals started believing this was the way to a healthier smoking lifestyle — especially, toward quitting smoking. The recent vaping-related illnesses and deaths may have brought on the need for individuals to understand e-cigarettes.

The Centers for Disease Control and Prevention and the Food and Drug Administration still do not know the long-term effects of e-cigarette products.

As of Oct. 22, there have been 1,604 cases of e-cigarette or vaping product use associated to lung injury that have been reported from 49 states (all except Alaska), the District of Columbia and one U.S. territory, according to the CDC. There have been 34 deaths confirmed in 24 states.

According to the INOVA Newsroom, e-cigarettes are battery-powered smoking devices with liquid-filled cartridges that contain nicotine, flavor of a user’s choice and other chemicals. The device heats the liquid into a vapor, which is then inhaled or vaped. E-cigarettes can also be used to smoke or vape marijuana, tetrahydrocannabinol (THC, the active ingredient in marijuana), herbs, waxes or oils. A bystander would not be able to tell the difference between THC and nicotine vaping.

E-cigarettes come in different devices and sizes, according to INOVA Newsroom. These devices may resemble cigarettes, pens, flash drives or even a flashlight. The e-cigarette has a battery, an atomizer that contains an e-liquid and a mouthpiece. The user pushes the button on the e-cigarette while inhaling the vapor, which is an aerosol.

Dawn Berkowitz, director for the Center for Tobacco Prevention and Control and the Maryland Department of Health, said e-cigarettes produce an aerosol that contains nicotine, chemicals, heavy metals such as copper and lead, fragrances that can be called vapor, but it is an aerosol.

“Vaping is often associated with a harmless water vapor and is really an aerosol and things that may not be harmful to ingest, once aerosolized in your lungs can be harmful,” she said.”

Studies have found that inhaling these chemicals can lead to asthma, inflammation and even make it permanently harder to breathe, according to the Vape Experiment website.

“As early as a year ago, people were having serious respiratory illnesses associated with vaping, but it just was one or two, here and there,” Kiley said. “As a profession, we didn’t really pick up on that. We did not have a full-court press on vaping then. Now these last two months or so, it has become a national thing.”

While the e-cigarette does not have as much of the harmful chemicals of a cigarette, the CDC and the American Heart Association said chemicals in the aerosol are lead, tin, nickel, nicotine, formaldehyde and others.

Kiley and Berkowitz said doctors and researchers do not know the long-term effects of the e-cigarettes, liquids or oils.

“We have been working with the CDC, FDA, and they have come out and said there is not a specific product or a specific device that vaping associated lung injury has been associated with,” Berkowitz said. “It certainly makes sense to use caution and not use these products.”

She added that most of the e-cigarette products contain nicotine, which is never safe, especially for young adults’ developing brains. Berkowitz said the brain is not developed until an individual turns 25 or 26 years old.

Health centers across the nation are informing individuals that the chemicals are in the aerosol, but those who vape should be aware of the liquids and oils they are putting in the atomizer. These liquids or oils users are placing in the atomizer may also include harmful chemicals for the user.

Researchers believe the fruit flavors in the e-cigarette is what’s drawing people to use them.

Berkowitz said the liquids are usually in replaceable pods, but some devices are disposable and nonrechargeable. Kiley said one of the biggest concerns of these liquids and pods are not everyone knows what is inside of them when purchased.

“It has something to do with the THC oil,” Kiley said. “There are some THC oils that people are using without a problem. (Users) keep experimenting with the different concentrations of the oils.”

Kiley added that a concern of these oils, especially THC, is that people do not know how much THC they are receiving. He said the local vape store owner or on the street pod seller could be adding THC in and no one knows how much is being added. He said this also applies to fruit flavored liquids and oils as well because they might mask how much THC or other products are in the different concentrations of the liquids and oils. He said oils are affecting users, but e-cigarette products can be sold by local vape shops, Amazon, the Juul company and individuals on the black market.

“The surgeons general of the Air Force, Army, Navy and United States are united in our concerns about high levels of tobacco product use among uniformed service members,” the statement said. “Tobacco product use is a threat to the health and fitness of our forces and compromises readiness, the foundation of a strong national defense.”

The statement pointed out that more than one-third of service members who use tobacco products started after joining the military.

“Tobacco product use jeopardizes fitness and sleep quality and increases stress,” the statement said. “In addition, tobacco product users are more likely to be injured and their injuries are slower to heal.”

While the surgeons general said smoking compromises readiness, Kiley added that nicotine dependence has other effects on service members.

“Nicotine dependence increases over time,” Kiley said. “I have had several patients come to me who started smoking (while deployed). In their view, in a stressful deployment, it was socially acceptable to take smoke breaks. But the people who didn’t smoke felt like they had to work extra hard because they couldn’t say, ‘I am taking a break.’ (With) All that stress, they needed time to themselves and started smoking.”

He added that he’s concerned about those individuals who started smoking during deployment, because it’s more difficult to quit this habit while living in a fast-paced environment.

“Those patients would come back and say, ‘I don’t like smoking, I don’t want to do it, but I had to do it. I want to stop smoking, but I’m stuck,’” he said. “Those are people who turn to vaping because they think it is a healthier alternative. But their nicotine dependency increases because (of the possibility of having) more nicotine in the pods. If we banned vaping all together, they would have to go back to cigarettes or quit. Ideally, they would quit, but in a fast-paced environment, it is hard to find time (and some) realize, ‘I need to go to the doctor to see how I can quit this.’”

“Cigarettes are not cool anymore,” said Kiley. “From the standpoint of the company, (like Juul) they have to find a way to have a product that looks cool and tastes good. People don’t want to smoke cigarettes because cigarettes look bad and have a bad taste.”

Kiley said smoking is also a problem with teenagers. When a teenager comes into the clinic for a checkup or physical, he asks him or her if he or she is a smoker. He pointed out he will also ask if he or she vapes or he or she is aware of anyone who vapes.

“Because I’m a doctor — an authoritative person — to a 13-year-old, ‘Do you smoke, do you drink, do you vape,’ (he or she) will respond with a no because of that authoritative differential,” Kylie said. “If I go in and ask have you ever seen that, most people want to be truthful, they just don’t want to be judged.”

He added that this helps with building a relationship to assist the patients.

“The relationship you have with your patients, you’re not going to encourage lasting change if you guys are not on the same team,” Kiley said. “The only way to be on the same team is to have some understanding of what they’re going through. It’s never just ‘I vape,’ there are several things that lead to this, like stress, everyone in their Family does it. For high schoolers (and) their classmates (might) do it. They’re trying to be cool — different.”

He said he wants to ensure individuals that he can help them understand what some of the problems are if they decide they want to stop smoking or vaping.

“It is not reasonable to have someone who is vaping, if you tell them all this scary stuff, they are never going to vape again,” Kiley said. “What happens is you raise their stress levels and they’ll think ‘I need to smoke, vape or drink.’ My goal is to always find a reasonable, sustainable plan to help them.”

Berkowitz and Kiley said if someone currently does not smoke — this includes vaping — they should not start.