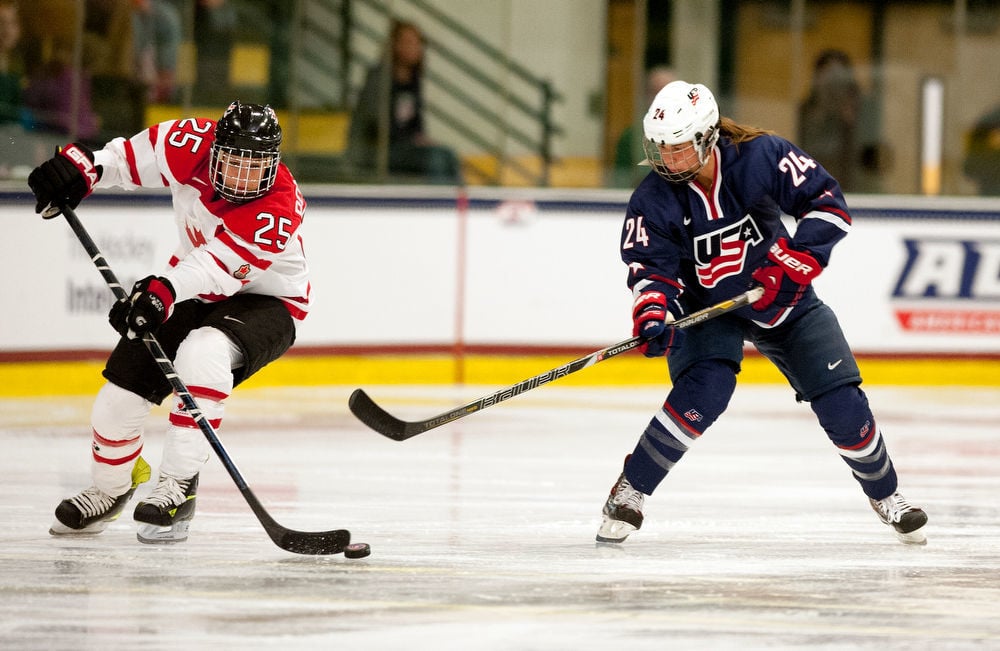 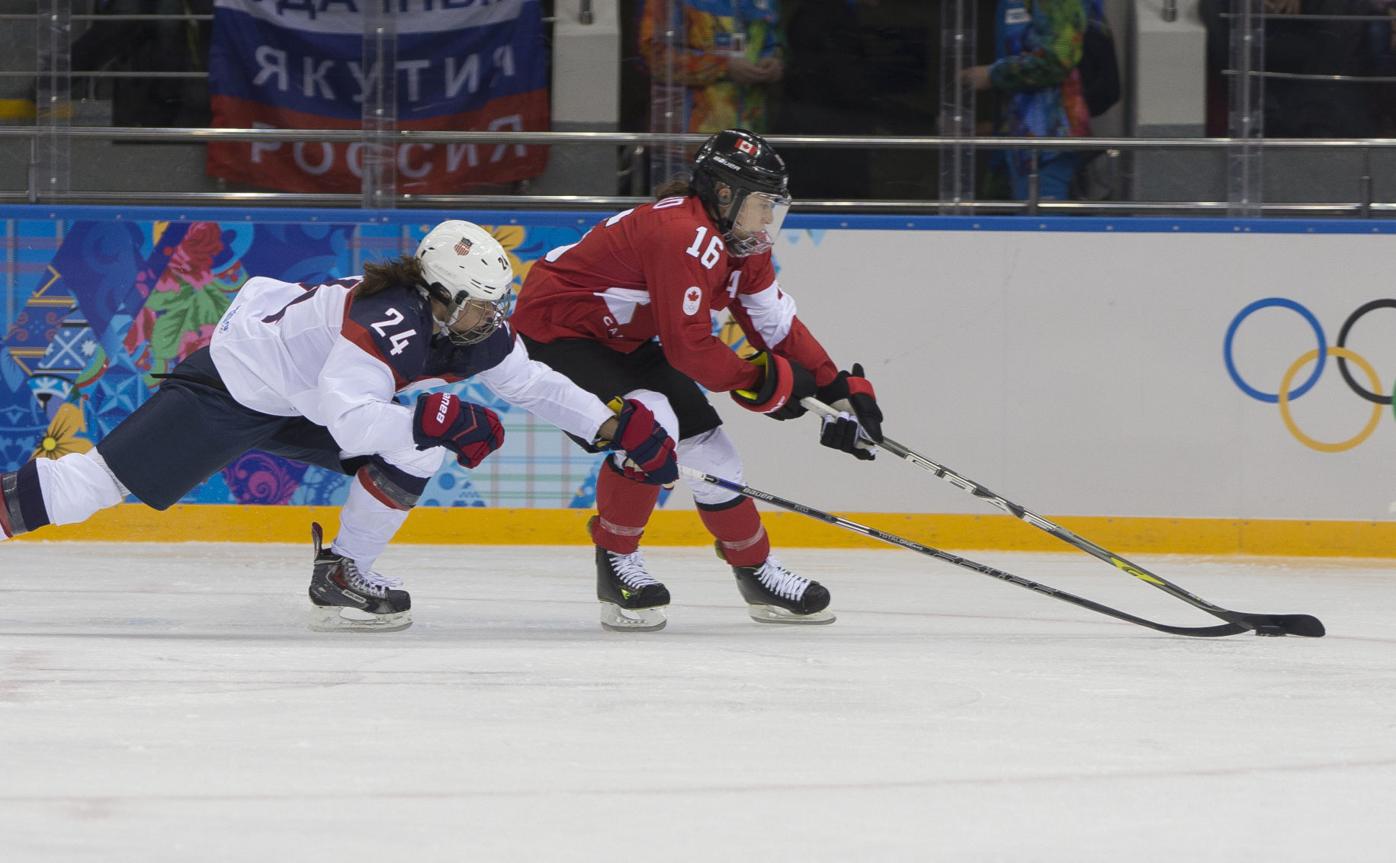 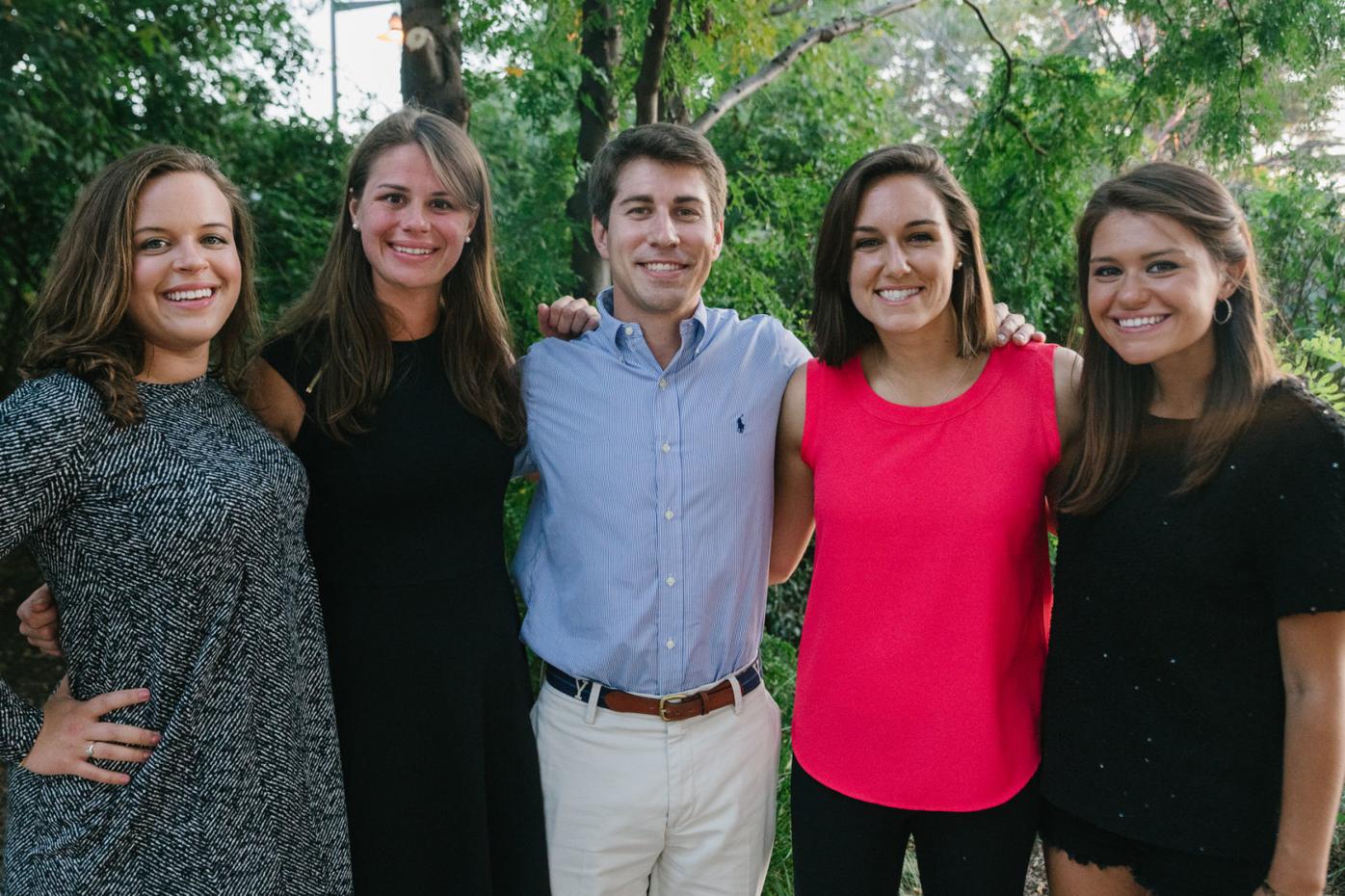 Josephine Pucci (second from left), an Olympic silver medal-winning hockey player poses with the members of the leadership team of the Headway Foundation for concussion research, an organization she co-founded. Pucci will begin studies at the Uniformed Services University of the Health Sciences’ F. Edward Hebert School of Medicine in August.

Josephine Pucci (second from left), an Olympic silver medal-winning hockey player poses with the members of the leadership team of the Headway Foundation for concussion research, an organization she co-founded. Pucci will begin studies at the Uniformed Services University of the Health Sciences’ F. Edward Hebert School of Medicine in August.

Josephine Pucci, a member of the 2014 silver medal-winning U.S. Women’s Olympic Hockey team will once again be representing her country – this time wearing the gold.

Pucci, a New York native and co-founder of The Headway Foundation, will don the gold bars and uniform of an Army 2nd Lieutenant as a first-year military medical student at the F. Edward Hebert School of Medicine of the Uniformed Services University of the Health Sciences starting in August 2018.

“As a member of the 2014 Olympic team, I fully dedicated myself to the team, even if I did not always have the exact role I may have envisioned or expected,” she said. “Owning any role my coaching staff asked of me required a level of selflessness and commitment to the mission that went well beyond personal ego. I learned to step up and lead when needed; I learned to follow when needed. Once again, I want to be part of something that is bigger than myself.”

Pucci’s desire to be involved in something greater led her to co-found The Headway Foundation, a non-profit, patient-driven initiative that works to ensure concussions are handled properly, beginning with prevention and symptom reporting, and continuing with treatment, support and recovery. In 2012, as a member of the U.S. Women’s National Ice Hockey team, she suffered a serious concussion during an exhibition game against Canada that threatened to derail her Olympic dreams. She sought medical care in Atlanta, where another dream was born as she went through her recovery.

“I was seeing patients make progress and seeing the joy in their face of making those small steps forward, and it was just so inspiring to me,” Pucci says. “And then feeling that hope of making progress as a patient myself, it really just inspired me to want to apply to medical school and be a doctor as well.”

Her path to medical school has been paved with thousands of hours of volunteer work dedicated to brain injury awareness and research. In addition to her role as executive chair of the Headway Foundation, Pucci has been actively associated with a number of organizations, including the American Association of Neurological Surgeons, the Brain Injury Association of New York State Concussion Initiative Advisory Board, and the National Women’s Hockey League among many others. She also worked as a clinical research coordinator in the Neurosurgery department at New York Presbyterian-Columbia University Medical Center.

“During my recovery, I saw my doctor help a woman walk for the first time in over a decade. I saw him help a young child with part of her brain surgically removed regain her lively affect and personality. Now, I am hoping to earn the opportunity to be able to touch people’s lives in that way,” Pucci said.

“I want to be challenged every day, physically and mentally. I learned to balance the competition in sport with academics, and I see balancing a career in the military with a career in medicine as very appealing. The men and women who serve in our military deserve the best medical care.”

“That would mean so much more to me than any gold medal.”