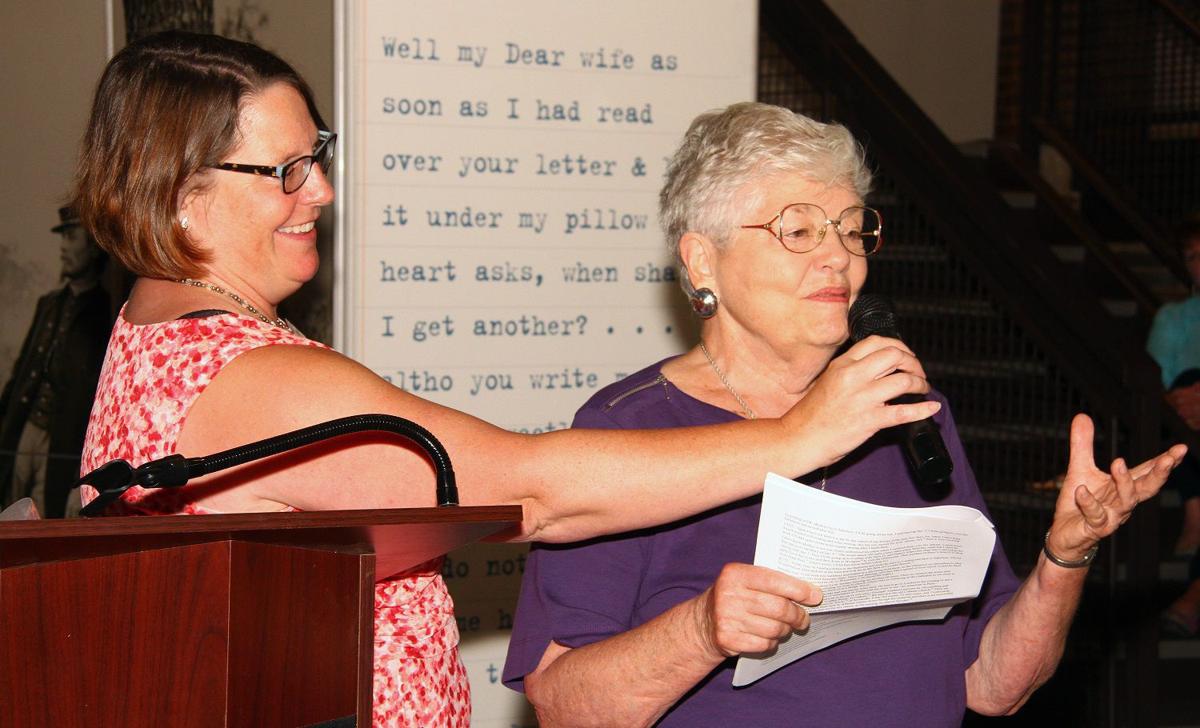 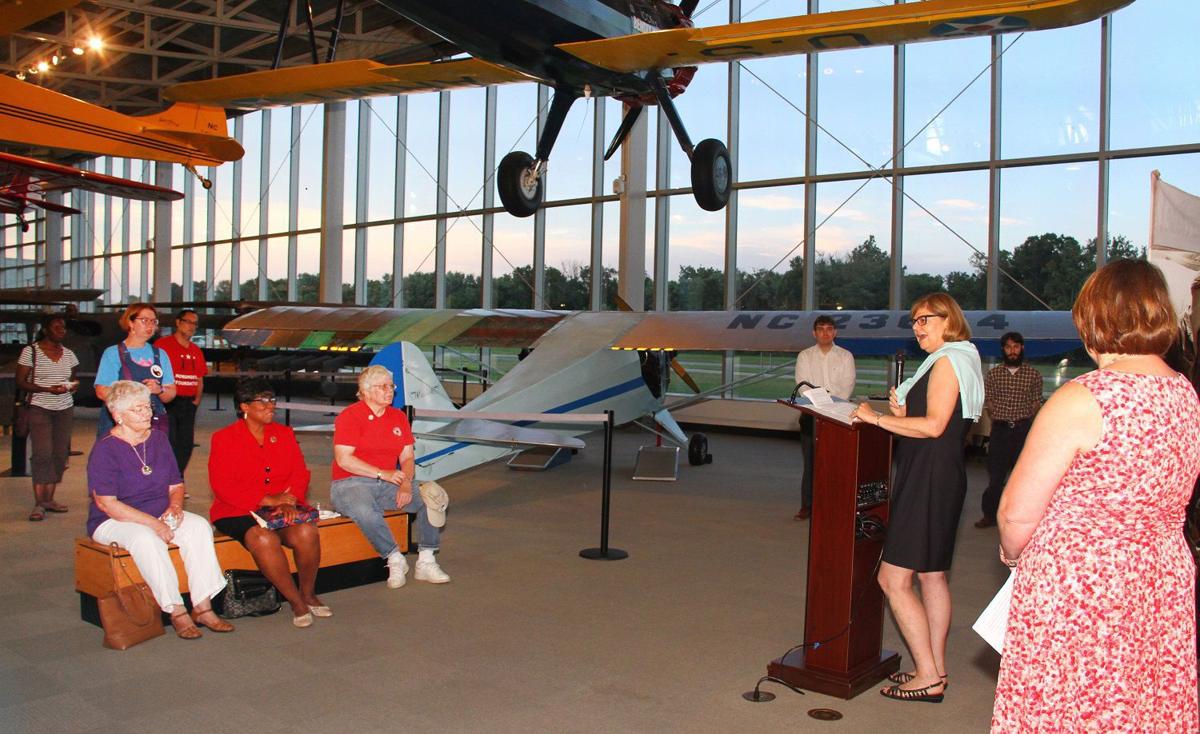 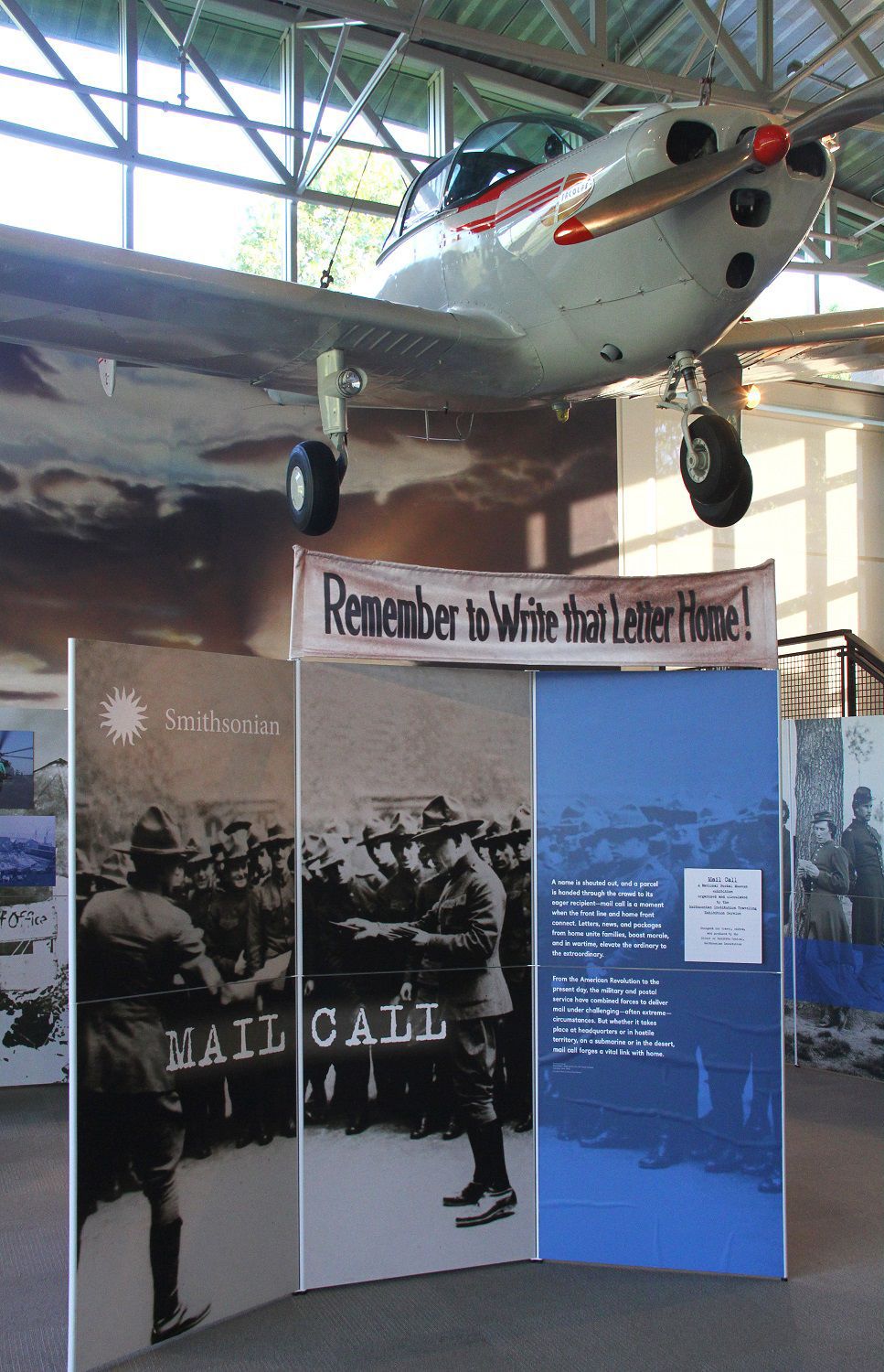 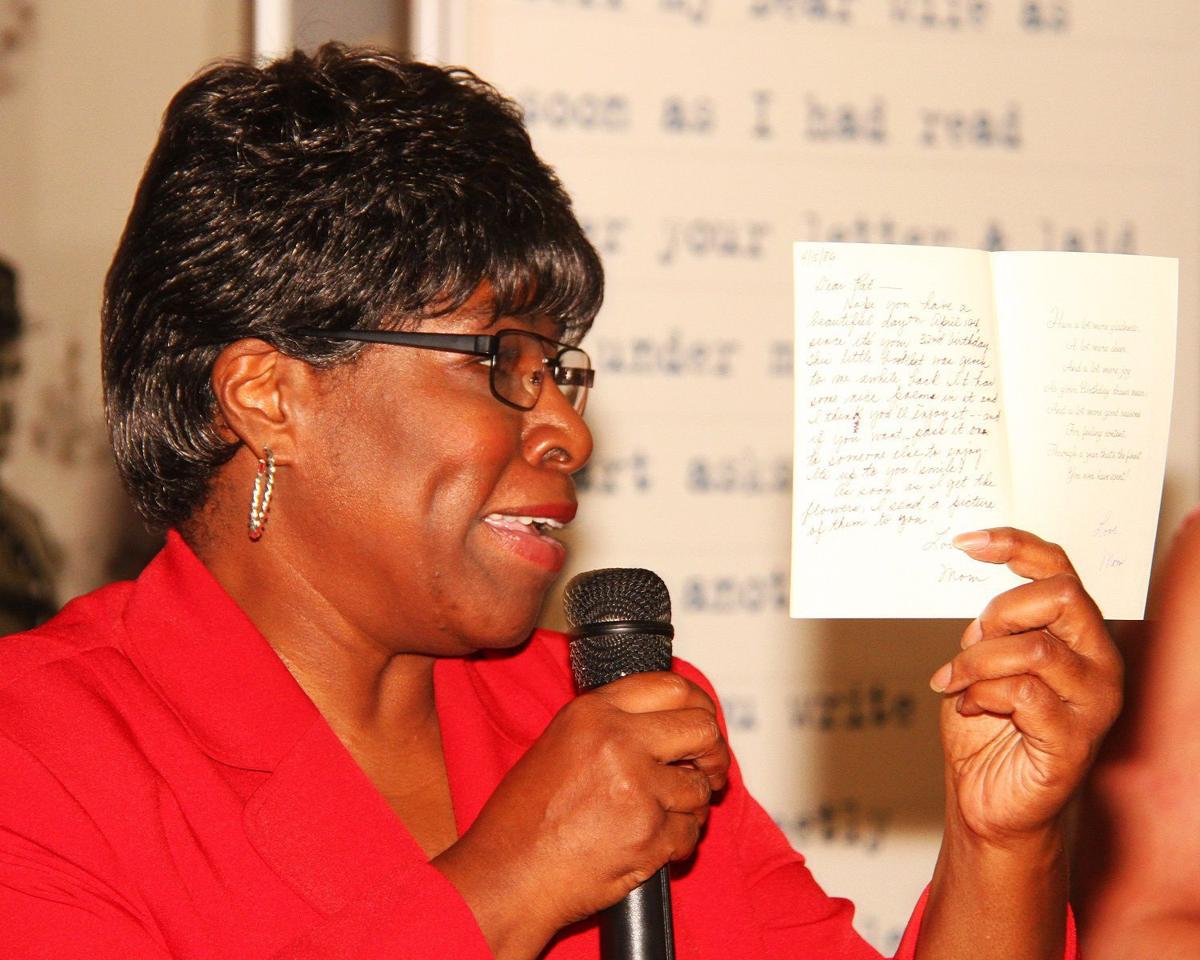 While war tactics and technology have changed over the years, one thing has not – the excitement of hearing the words ‘mail call.’

Receiving letters from loved ones while deployed in a war zone is a proven method of boosting troop morale and a way of communicating with those back home. The College Park Aviation Museum’s newest exhibit – Mail Call – explores the importance of mail call, the armed forces postal system and how military mail communication has changed over the years. The exhibit – which is the traveling version of the National Postal Museum’s permanent Mail Call exhibition – opened Aug. 6. and had its opening reception at the museum Aug. 13.

“The whole premise of the exhibit is how mail has always been so important to soldiers whether it was back in the Civil War up to present day. This exhibit in particular is loaded with fantastic images,” College Park Aviation Museum Director, Andrea Cochrane Tracey, said. “There are fantastic photographs from as early as the Civil War up to the 2000s and the Iraq War. There is also audio people can listen to, to hear people’s stories. There are flip cards that people can explore different aspects of mail and how it gets delivered. So it’s really a nice mix of great visual stimulation and the text.”

The exhibit – which is circulated through the Smithsonian Institution Traveling Exhibition Service – is specifically designed for smaller museums that don’t have the manpower to mount a Smithsonian-quality exhibit.

Cochrane Tracey said the museum applied to have the exhibit for various reasons. Firstly, the museum is close to major military bases – including Joint Base Andrews – and believes the exhibit will “resonate” with the nearby communities and those who are currently active duty or veterans. The second reason is rooted in history as the first air mail flight departed from College Park Airport in 1918.

“There was a gentleman in here that I was talking to who served in Iraq, and he said he was fortunate enough to often have the responsibility of delivering mail. He said it was just an amazing experience to yell out ‘mail call’ and everyone would just drop what they were doing and come to see what they got,” Cochrane Tracey said. “I think (the exhibit and letter writing) is such a powerful concept in today’s digital world and just that visual reminder that knowing someone is thinking about you and caring about you and being connected (to people back home) means so much even if it’s coming from a complete stranger.”

Realizing the importance of mail call, the museum is taking the exhibit one step further and immersing itself in mail call and the military postal delivery system. As part of the exhibit, visitors are invited to write their own postcards to the troops and museum personnel will mail them to troops overseas.

In addition, during Aug. 13’s opening reception, museum visitors brought their own mail call letters to share with the audience. Letters ranged from Civil War era to the current war in the Middle East. In turn, the museum is inviting the public to bring any photocopied mail call letters to the museum to be a part of a letter wall personnel is creating. Photocopied letters will be accepted until Oct. 1.

At the reception – which brought in about 25 people – the director of the Smithsonian Institution Traveling Exhibition also spoke on the importance of the exhibit.

For all others interested in seeing the exhibit, admission is $5 for adults, $4 for seniors and $2 for kids ages two to 18-years-old. Children under 2-years-old are free. The museum is open daily from 10 a.m. to 5 p.m.

“I think probably for me, one of the favorite aspects is the impact that mail has on morale and there is a section about that (in the exhibit.) And just the reminder of how important it is even in a digital age,” Cochrane Tracey said. “Yes, there is a lot that goes on in email and Skype, but there is nothing better than having that letter in your hand that you can sit and read over and over again.”