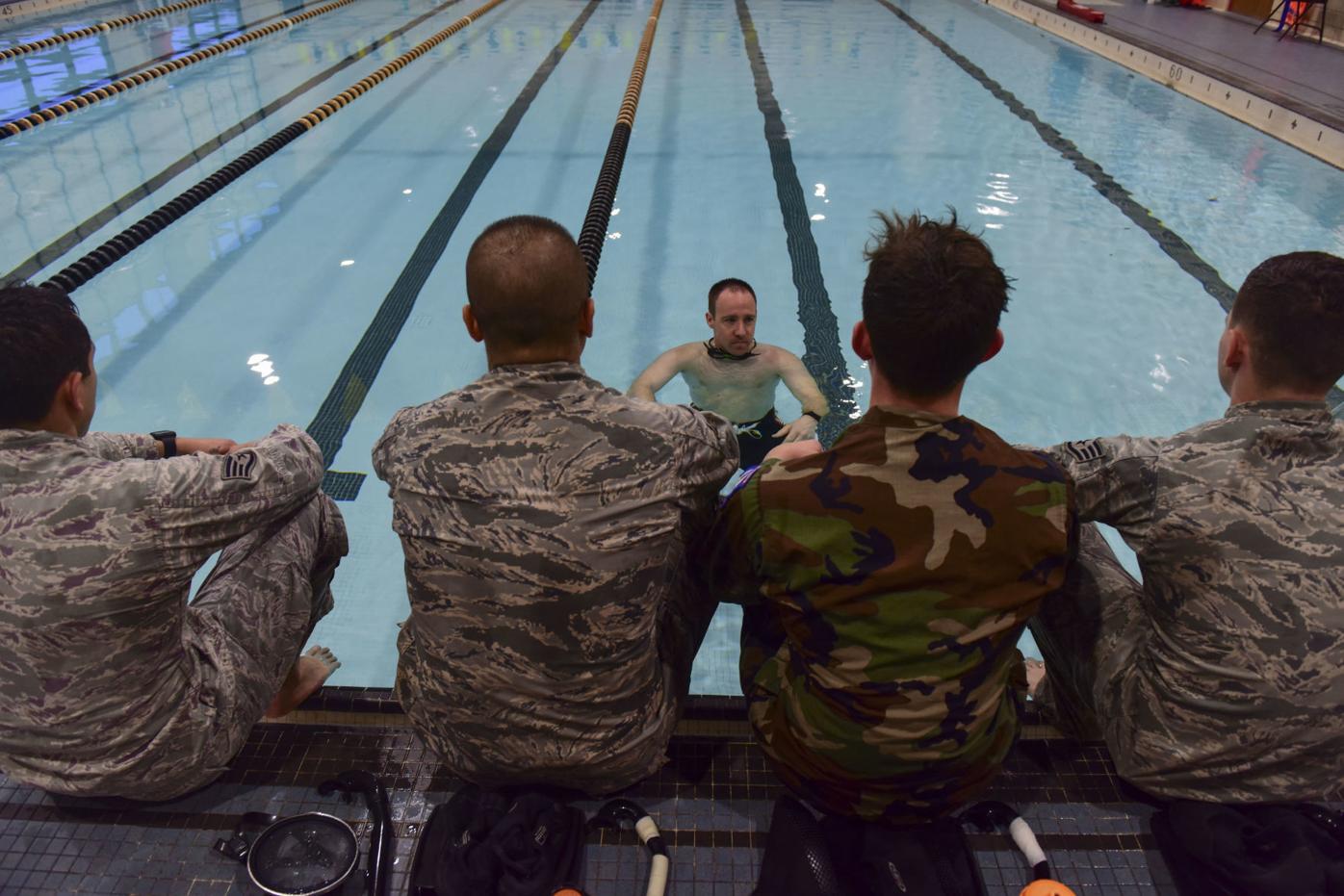 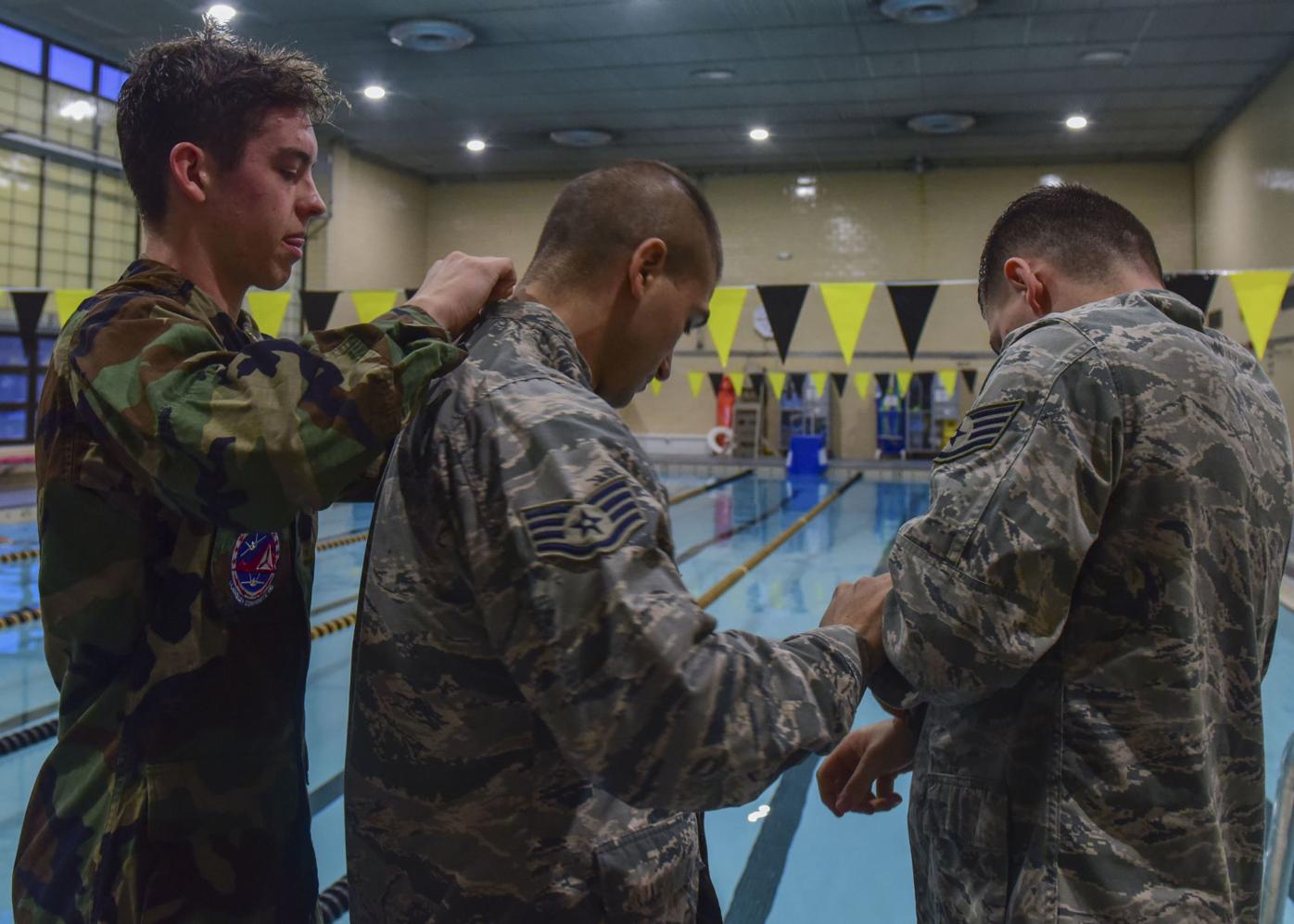 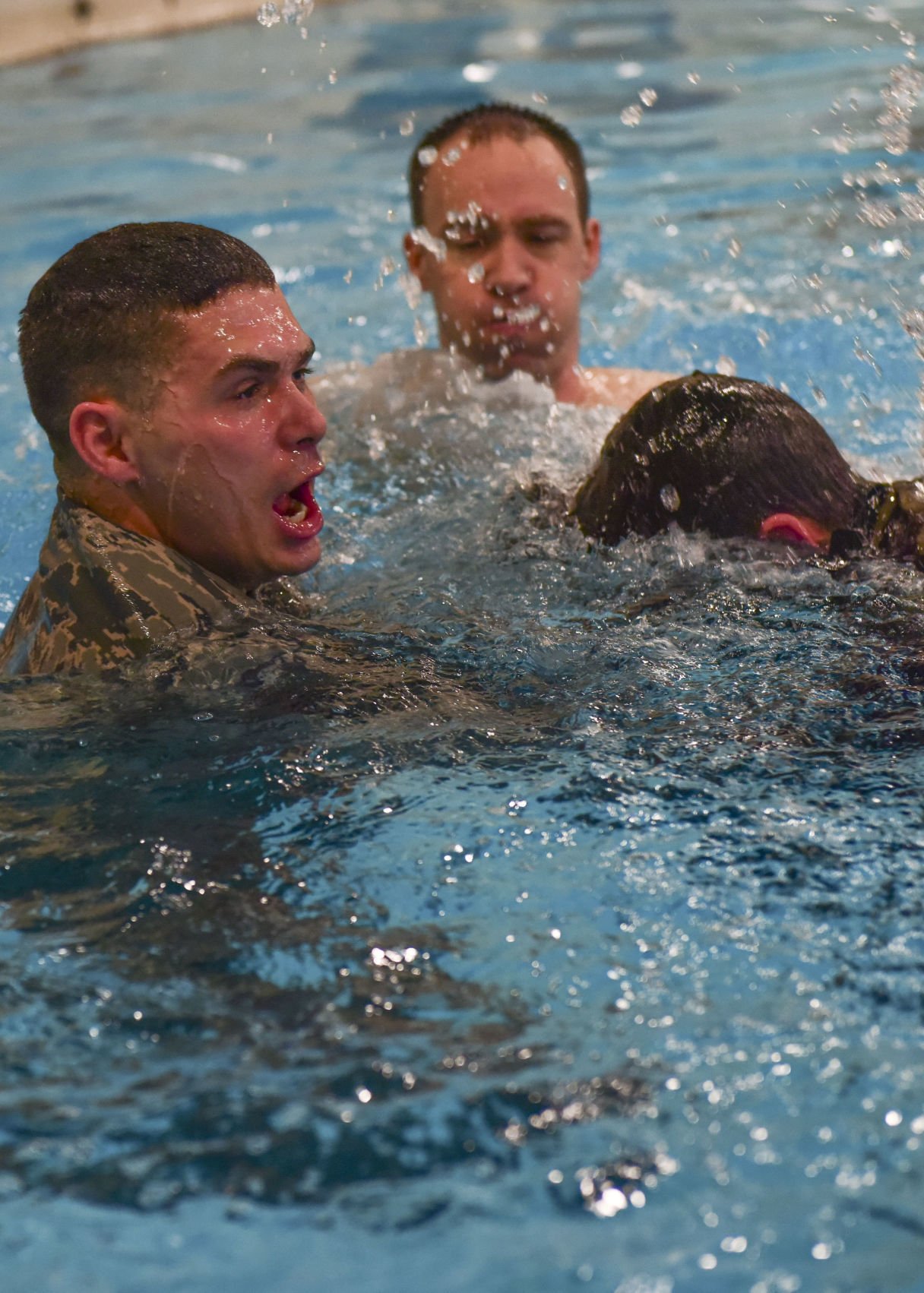 As he drove home on an overcast winter’s day, a flood of critical thoughts fueled feelings of defeat that consumed every moment since the blow horn was pressed to signal, “I quit.”

Svoleantopoulos spent the previous three years mentally and physically training for his goal to successfully cross-train into pararescue. Four weeks into the 13-week development and indoctrination course, he blew the horn to signify self-induced elimination.

“I was feeling extremely low and pathetic,” Svoleantopoulos said. “I stopped working out and I just didn’t care. My direction in life was to get that beret and I failed. I didn’t know what to do anymore.”

Svoleantopoulos said a chance run-in with his training partners at Joint Base Langley-Eustis, in December 2017, is what sparked the beginning of his recovery process. He said the support system of friends and his desire to want to give back to the battlefield Airman community is what helped him bounce back from this personal defeat.

The first step toward recovery was returning to the water confidence classes instructed by Senior Master Sgt. Travis Shaw, Headquarters Air Combat Command Surgeon General pararescue programs manager. Svoleantopoulos said he has been attending the classes since they met two years ago.

“He has invested so much time in us and I owe it to him to use the insight that I have gained to help others in the class to succeed,” Svoleantopoulos said. “I need to show my appreciation for his hard work by paying it forward.”

For the past five years, Shaw, who cross-trained into pararescue, has been teaching an informal water confidence training class for service members interested in cross-training into battlefield Airman careers such as pararescue and combat control.

“I focus on water training because I know from personal experience how much guidance is needed in that part of the indoctrination course,” Shaw said. “This is where most people falter, so I need to prepare them for the toughest part.”

Upon hearing about Svoleantopoulos’ self-elimination, Shaw said he knew he had to allow time for personal healing, but he also knew now was the time Svoleantopoulos needed the very close-knit community of battlefield Airmen.

“This is an exceptional network of like-minded people--that is incredibly important for service members to fall back on,” Shaw said. “We got together to work through this failure, and this was his opportunity to learn from it and grow. I believed the best way for him to move past it was to bring this experience back into the pool to help others.”

Svoleantopoulos said although he cannot tell his training partners exactly what he did at the indoctrination course, he can guide them in the right direction.

“I’m trying to help them learn from my mistakes,” Svoleantopoulos said. “I am the baseline of where they should start to prepare for this training. They don’t need to waste time on useless training methods when I have firsthand knowledge of what works.”

According to Shaw, the two-year long process to become a pararescueman, called the pipeline, has an 80 percent attrition rate, losing most participants during the water training indoctrination phase.

Shaw said the high rate of participant drop-out is why a solid network of support is imperative to conquering the mental battle.

“The network we have established is invaluable,” Shaw said. “It’s not just what we do in the pool. These guys do all kinds of events together, train in other areas to stay well-rounded and check in on one another to stay motivated and push each other to achieve their maximum capabilities.”

Svoleantopoulos said part of Shaw’s training was to prepare for failure. The Airmen were tasked with exercises they could not pass, so that Shaw could gauge their responses.

“He would do things he knew would break us and then ask ‘What are you going to do now?’” Svoleantopoulos said. “If [we] didn’t react appropriately, he would teach us a better way to handle it.”

Armed with the tools to help him continue new career pursuits, Svoleantopoulos said he is ready to start training for his new goal of becoming a U.S. Army Ranger.

“I consider this my biggest failure in life, but it’s also my biggest motivator,” Svoleantopoulos said. “Ultimately, the network and the bonds that I made prior to going to the indoctrination training is what saved me. Now, it is what’s pushing me to continue my journey.”