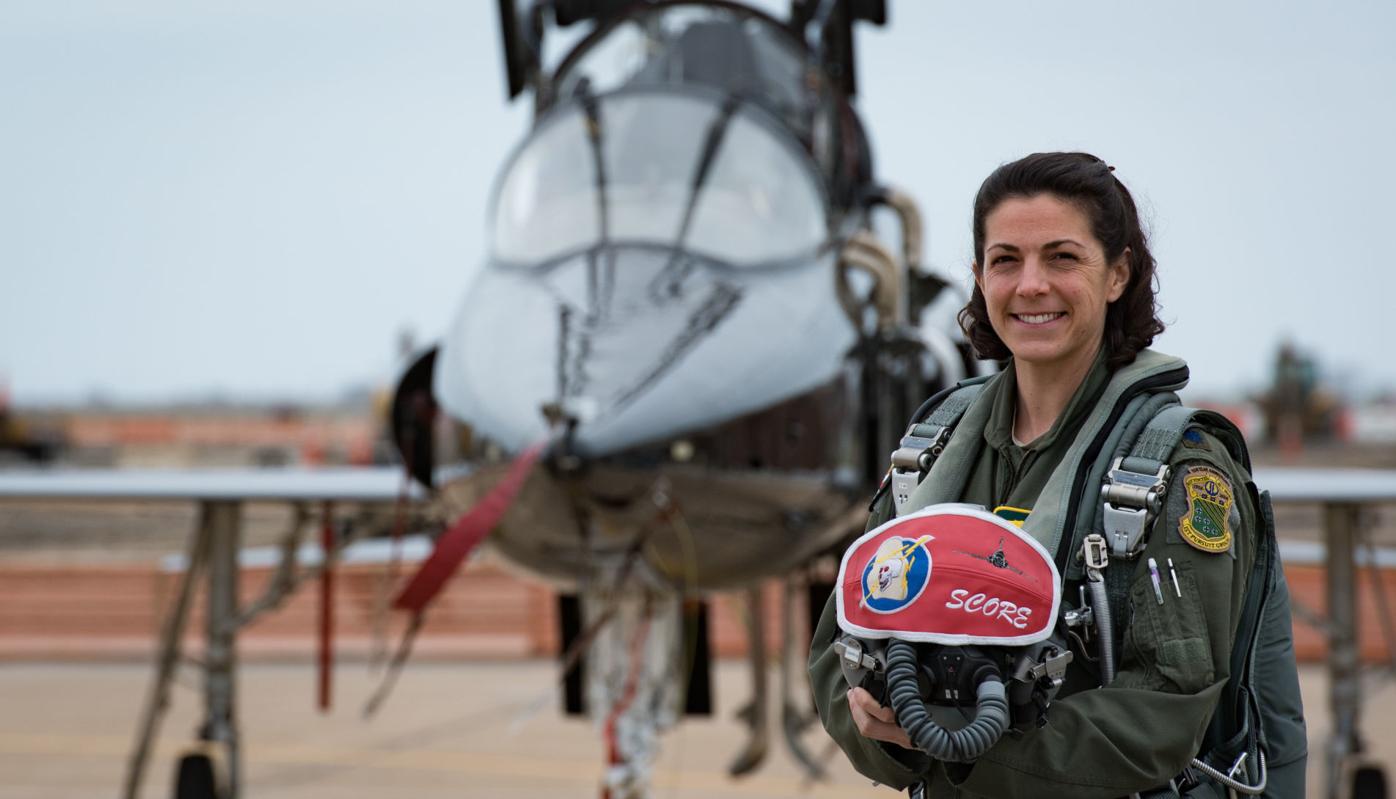 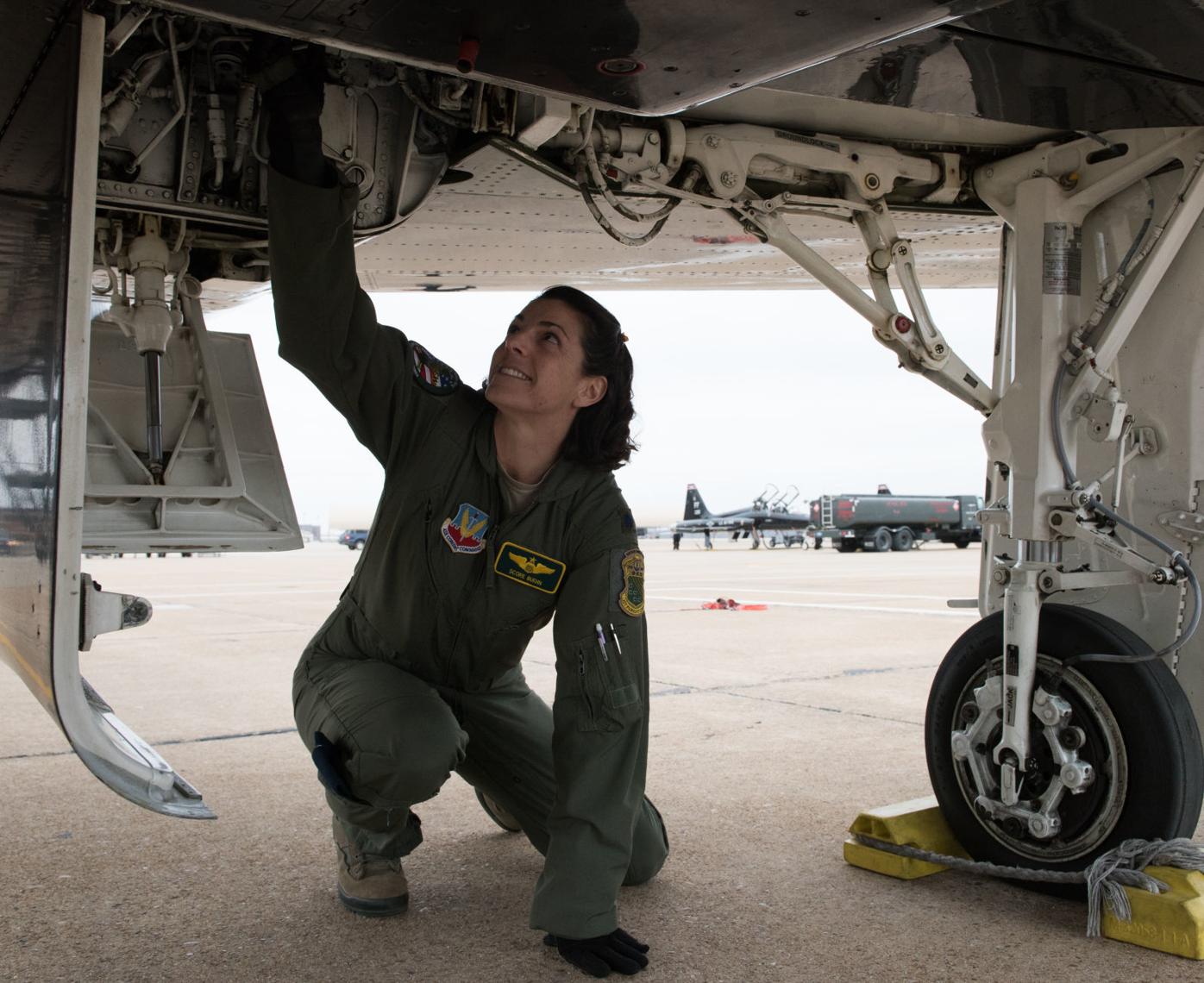 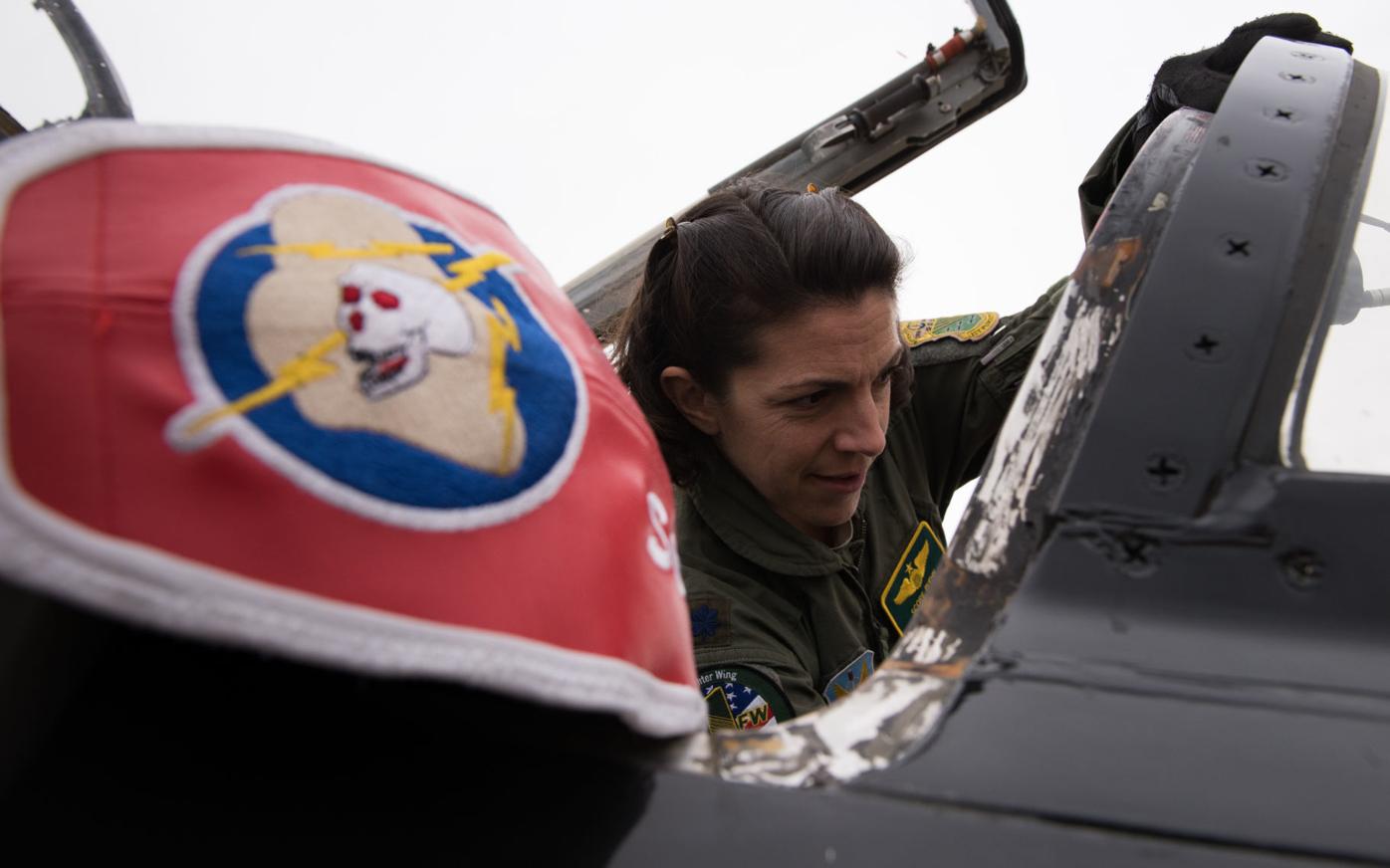 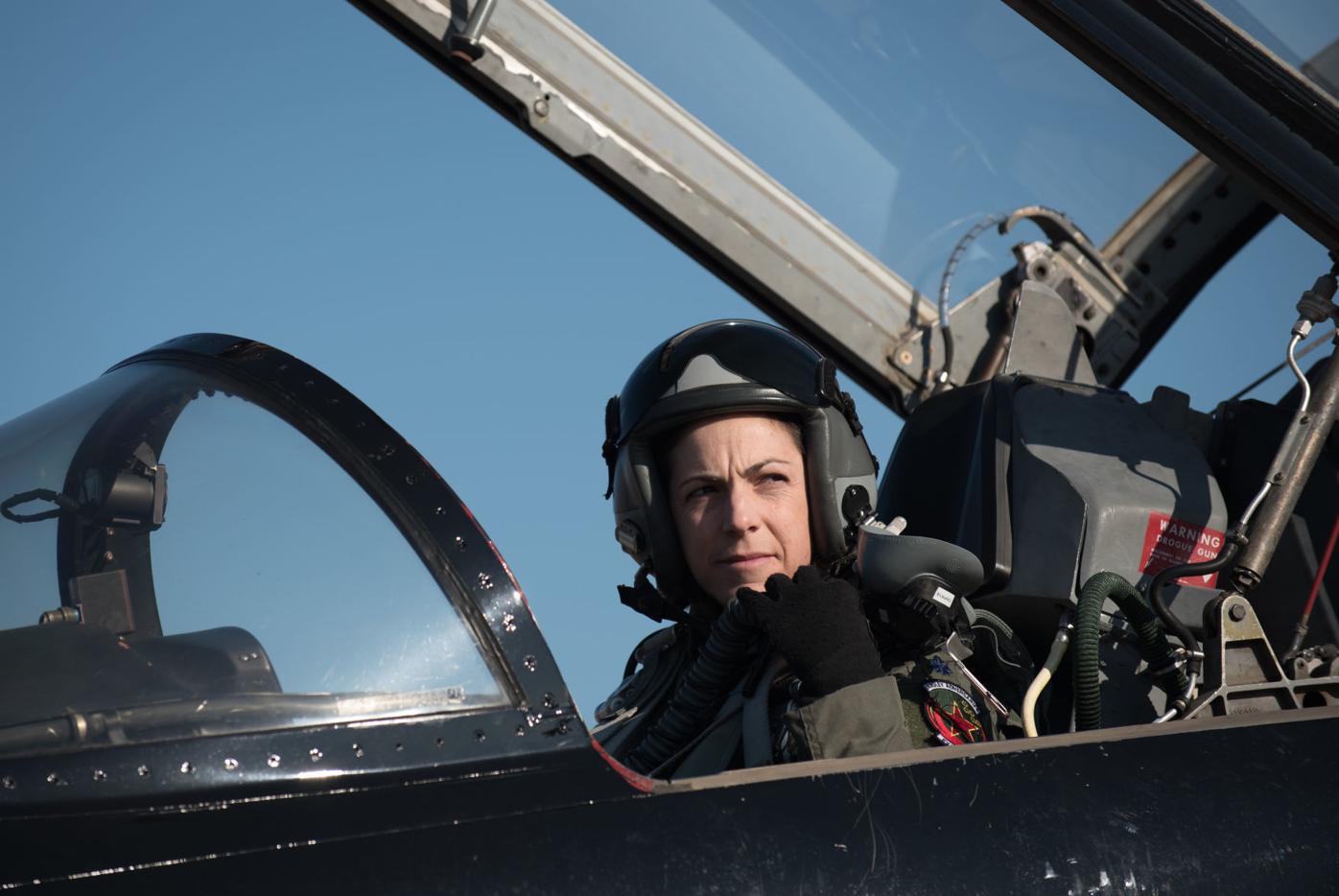 “I hear at times in my uniform out and about in daily life, ‘do they let women fly?’”said Lt. Col. Cheryl Buehn, the only female instructor pilot in the 71st Fighter Training Squadron. “I don’t think they realize they’re asking a female fighter pilot. So I take a breath and I say, ‘Absolutely. They let women fly fighters, tankers, RPAs, everything. Both men and women fly a lot of different platforms, and everyone is important to the fight right now.’”

Buehn has flown a number of aircraft in the Air Force, such as the F-16 Fighting Falcon, T-38C Talon and the E-11A Battlefield Airborne Communications Node. She currently flies the T-38A Talon in an adversary air role to help F-22 Raptor pilots train for combat. She said she loves the opportunity to challenge outdated stereotypes and inspire younger generations, including her own children.

“My kids used to think that all parents were pilots since my husband is a pilot too,” she said. “They’d meet [other parents] and say ‘what airplane do you fly?’ It was the coolest thing that my kids believed that anyone could be a pilot.”

Buehn’s interest in flight came in part from her love of a challenge and conquering things other people said were too difficult.

“My first true interest and desire in becoming a pilot began while I was at the United States Air Force Academy,” she said. “There were a few really unique and interesting aviation programs in which I was able to participate.”

The expectation at the Academy is to develop pilots, but she said the real excitement came from earning the chance to attend the training program she wanted most — the Euro-NATO Joint-Jet Pilot Training, where NATO allies send their top candidates to develop them into fighter pilots.

“One of the neatest aspects of that program is that you have representatives from other countries all together in the same class,” she said. “They’ve proven their worth to represent their nation in a pilot training program that will serve throughout their professional aviation career.”

Buehn said being a part of this rigorous pilot training program further proved to her that tenacity, drive, determination and true passion were the main factors that contributed to success. It also showed her that the airplane is truly the greatest equalizer — gender, race or background — none of those things matter in the cockpit.

“There are different minorities throughout all facets of the Air Force, so I think the biggest point is that we find unity and share the ability to work together as a team regardless of what segregating factor you might have,” she said.

Buehn credits those who came before her who made it possible for her to be an Air Force fighter pilot.

The accomplishments of her role models, such as Amelia Earhart, the first female pilot to fly alone across the Atlantic; Bessie Coleman, the first African-American and Native-American woman to hold a pilot’s license; and the Women Airforce Service Pilots, who served an integral role flying military aircraft during World War II, inspired Buehn to never let any societal expectations hold her back.

Women’s History Month is just one opportunity to highlight the incredible women serving in many capacities, but being an inspiration to future fighter pilots is something Buehn said she hopes she does all year.

“There’s a natural confidence or comfort in seeing someone that looks like you doing something that you want to do,” said Buehn. “You’re able to envision that your dream can become your reality. I do the same job as my colleagues, but maybe I will inspire the next young aviator who didn’t realize it was even a possibility, and that is important.”